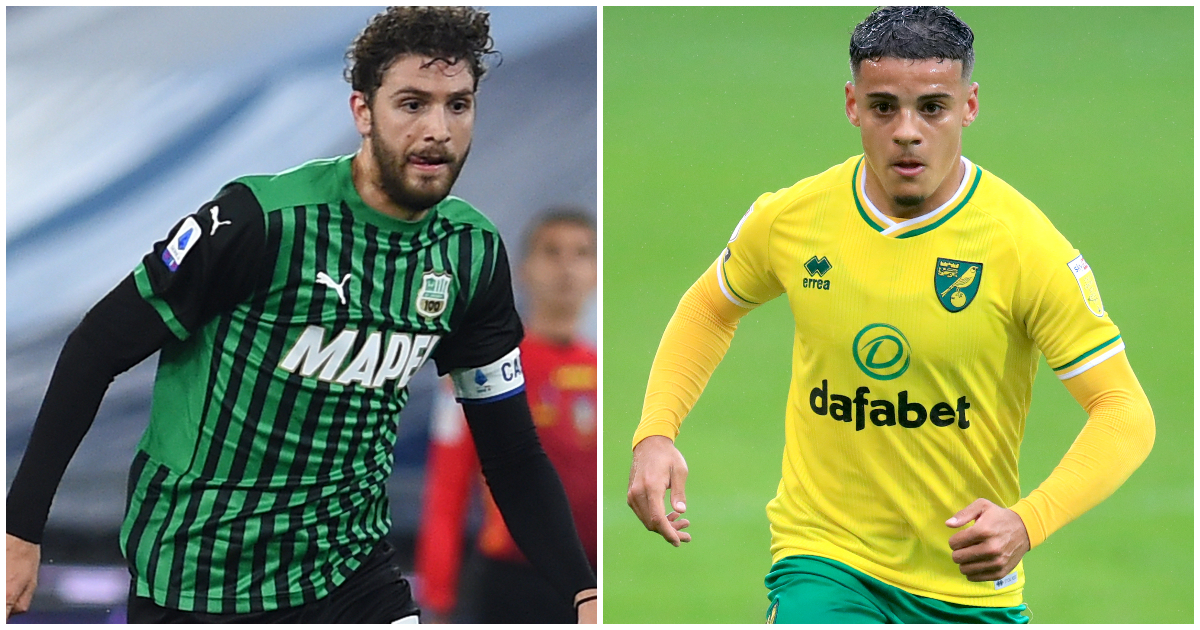 Arsenal are willing to pay the asking price for Manuel Locatelli, but the Italy star needs more convincing…

ARSENAL KEEN TO MEET LOCATELLI DEMANDS
Arsenal don’t seem to have had much trouble convincing Ben White to move to the Emirates. But Manuel Locatelli may need more persuading…

The Sassuolo star is up for grabs this summer and a £34million price-tag has been slapped upon the midfielder after some impressive performances for Italy at Euro 2020.

That hasn’t deterred Arsenal, though, and Fabrizio Romano says the Gunners are willing to meet Sassuolo’s demands.

But the player would prefer a move to Juventus. And since Arsenal are only keen to sign players ‘happy and 100 per cent convinced to join the club’ then they could return to their list of midfield targets, which features Ruben Neves and Houssem Aouar.

Mikel Arteta is on the lookout for a new right-back, with Hector Bellerin keen to move on. Atletico Madrid seems to be his preferred destination, which would come as a boost to Manchester United.

Aarons has been linked with seemingly every big club across Europe, with Barcelona, Roma, Bayern Munich and United credited with an interest in the last year.

But The Mirror reckons Arsenal are ready to make their move, with Aarons set to cost around £25million. If Norwich can be convinced to sell…

CHELSEA OFF HUDSON-ODOI TO BAYERN IN SWAP
Bayern were also keen on Callum Hudson-Odoi not too long ago before he signed a new deal at Chelsea.

But the England winger has struggled to nail down a place in Thomas Tuchel’s side since penning new terms, and the Blues could now look to move him on having fought so hard to keep him.

L’Equipe reports that Chelsea have been in touch with Bayern to offer the Bavarians the chance to sign their one-time target.

But in exchange, the Blues want Kingsley Coman, who is currently in contract talks with Bayern.

Every £20m-plus signing ever made by Premier League clubs

SAUL NO NEARER BARCA AS MAN UTD, LIVERPOOL LURK
Barcelona are making no more progress on their quest to sign Saul Niguez.

Barca want to bring the midfielder to the Nou Camp from Atletico Madrid. So much so, they were reportedly willing to offer Antoine Griezmann back to Atletico in exchange.

They certainly can’t afford a straight cash deal. Which means Barca are struggling to reach any agreement with Atletico or the player.

So AS is reporting that Saul’s agent is doing the rounds once more, getting in touch with both Liverpool and Manchester United.

Liverpool have been linked with the 26-year-old all summer, while United certainly need a midfielder.