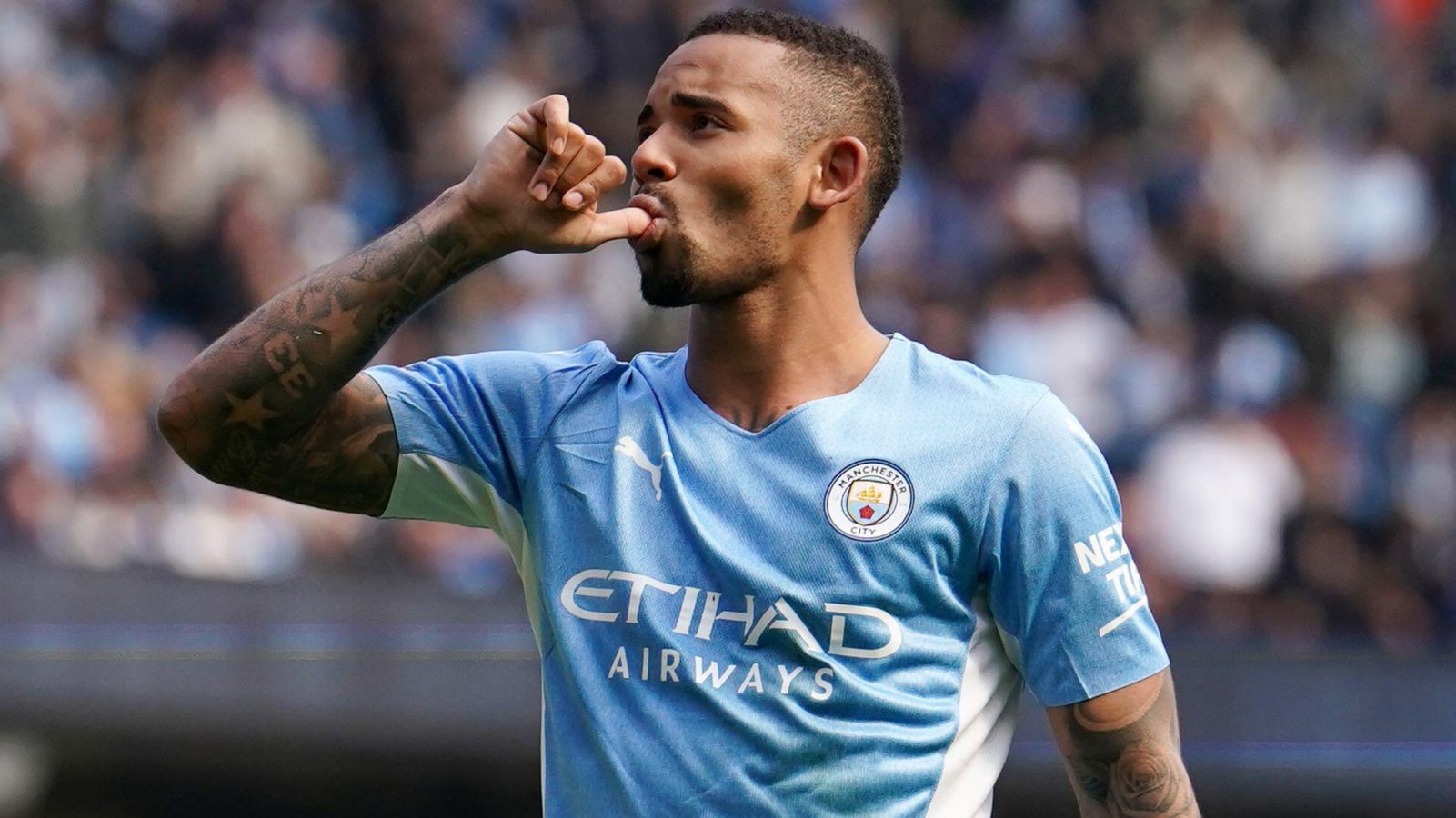 Arsenal fancy their chances of signing Gabriel Jesus from Man City this summer, while Spurs could lose Antonio Conte when PSG give Mauricio Pochettino the push…

ARSENAL EYE JESUS DEAL
Gabriel Jesus scored more goals in 53 minutes on Saturday than he had in his 23 Premier League appearances this season prior to Watford’s visit to the Etihad. So it is no wonder that the Manchester City striker is the subject of some Monday morning Gossip.

Jesus has managed 17 league starts this term but his playing time looks set to be restricted further next season if Pep Guardiola gets his hands on Erling Haaland. The Brazilian was asked about his future on Saturday but he preferred to enjoy the moment after his four-goal haul.

Arsenal, though, are making plans to open their hearts to Jesus this summer. The Daily Mail puts the 25-year-old on the list of strikers Mikel Arteta is targeting before the start of next season and with only a year left on Jesus’ deal at City, the Gunners reckon there is a deal to be done. Arteta knows all about the striker from his time serving as Pep Guardiola’s assistant at City.

Arsenal are also being linked by Gazzetta dello Sport with a move for Victor Oshimhen, while CBS Sports says Napoli have officially valued the striker at £67million.

BARCA, JUVE, PSG ALL IN FOR MAHREZ
Jesus isn’t the only City forward being eyed up for a summer move. Riyad Mahrez is attracting the attention of some of Europe’s biggest hitters.

The Algerian is City’s top scorer this season with 23 goals in all competitions, which Fichajes says has been enough to tempt in Barcelona, PSG and Juventus.

Apparently, Mahrez could be expendable as City look to find ways to fund the deal for Haaland.

CONTE FANCIES REPLACING POCH AT PSG
If Mahrez opts for PSG, he could find himself playing for Tottenham’s current boss.

Despite clinching the title at the weekend, reports in France suggest Mauricio Pochettino will be sacked imminently, with his pay-off currently being discussed.

It was assumed that Zinedine Zidane was ready to fill the void but Le Parisien reckons Antonio Conte has been approached over taking over at the Parc Des Princes and the Spurs manager is said to fancy the prospect.

INTER WANT LUKAKU BACK ON THE CHEAP
Calciomercato mentions that Conte could take Romelu Lukaku with him to PSG – but the Chelsea flop would rather return to Inter Milan.

The Italians are willing to take Lukaku back, a year after selling him to Chelsea for £97.5million. But there are conditions.

Firstly, Inter cannot afford to buy the Belgian so any return would be facilitated by a loan deal. Inter also cannot afford to match Lukaku’s current salary so the centre-forward would have to take a pay-cut. A big one, somewhere in the region of 50 per cent.