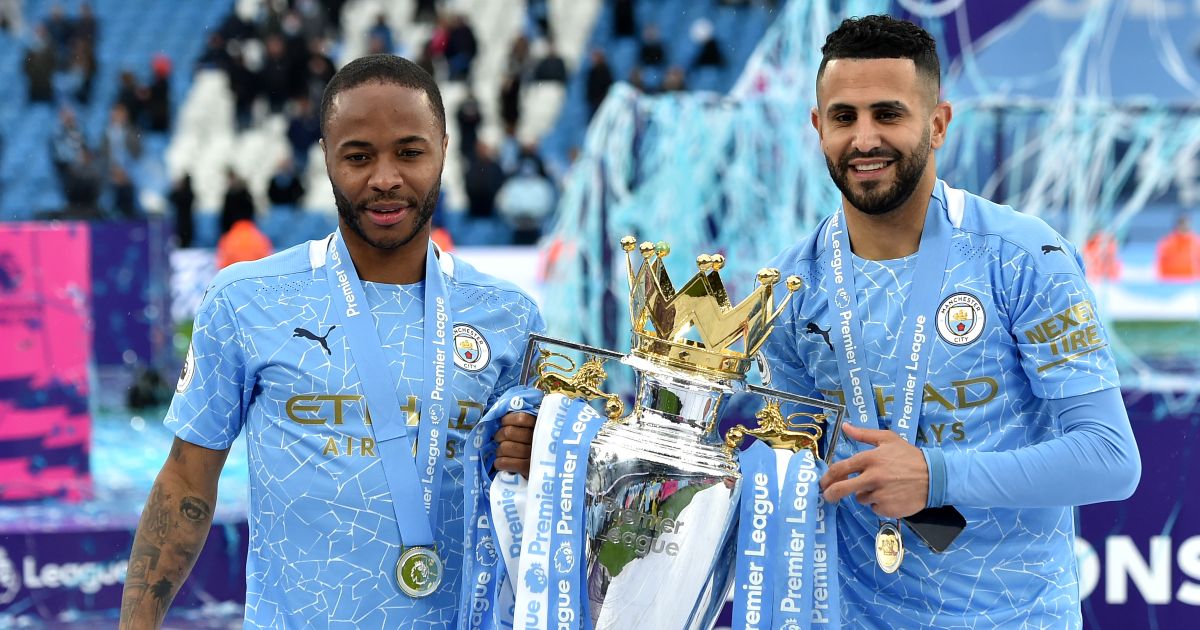 MAN CITY SALE
Raheem Sterling and Riyad Mahrez have both scored 14 goals this season but, according to the Daily Mail at least, they are both up for sale this summer as Manchester City are ‘planning to refine their squad’ this summer. Both are targets of Arsenal, though it is highly questionable whether they have anything like the funds to afford those purchases.

Sterling has lost his place in the Man City first team in recent months and ‘he is not the only man who could leave in the coming months with Riyad Mahrez also among those who could be sacrificed’. The Algerian is now 30 and so that makes a modicum of sense that City would try and extract a sizeable transfer fee. Again, Arsenal are said to be interested.

They also throw the names of Aymeric Laporte and Gabriel Jesus into the equation, but it feels like those might be lazy links based on them not being in the first-team picture.

The same newspaper claimed on Friday that Jack Grealish will be a £100m target for City this summer.

Time for Man City fans to let Jesus into their hearts?

COUTINHO FOR SALE
One player apparently not interesting Arsenal is Barcelona’s Philippe Coutinho. At one point, it was a transfer rumour that made sense but now the Gunners are not interested in the Brazilian, presumably because he never worked with Mikel Arteta at Manchester City.

Barcelona are open to sell Philippe Coutinho this summer. Arsenal are NOT interested in signing him, as of today. 🇧🇷🔴 #AFC #FCB

Not really sure who will buy Coutinho now. Shall we buy him for the office?

ASTON VILLA ARE AMBITIOUS
Aston Villa want to bridge the gap to West Ham and, to that end, are ready to spend this summer, according to The Athletic. Their targets include Burnley’s Dwight McNeil and Norwich’s Emi Buendia, who has also been strongly linked with Arsenal.

McNeil is said to be a target for three other Premier League clubs, some of whom might be able to immediately offer the first-team football that McNeil has come to enjoy at Burnley. It is thought that Buendia would cost £40m. Matheus Pereira is not an option as the club rate him lower than both McNeil and Buendia.

They claim that Grealish is not a worry for Villa this summer, with the club ‘relaxed about the situation after the 25-year-old midfielder signed a new five-year contract last September’.