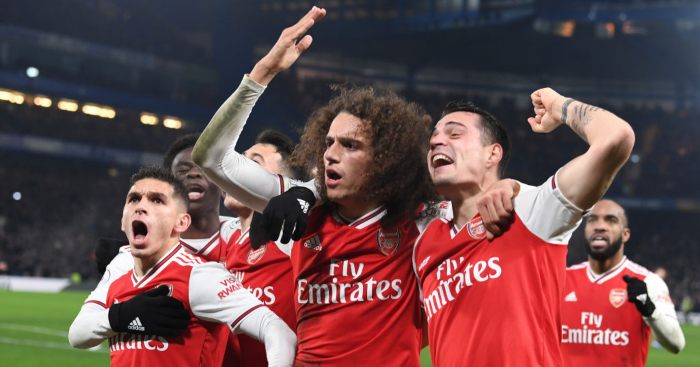 HAVERTZ TO REQUEST CHELSEA MOVE
Had 2020 not been the horrible b*stard that it is, then Kai Havertz could have had many, many options this summer. But as it happens, he seems to be pretty chuffed with the ones he’s got.

The Bayer Leverkusen star is wanted by Chelsea, as well as Real Madrid and Bayern Munich. But the Blues hold the edge in the race to sign the Bundesliga’s hottest property on account of their willingness to pay this summer. Apparently, Real and Bayern can’t cough up until next year.

But Havertz is cool with that, Indeed, the Daily Star says the 21-year-old is happy with the five-year contract being offered by Chelsea, so happy in fact that he will submit a transfer request to Leverkusen to grease the wheels of the deal.

All that is left is for Chelsea and Leverkusen to find some common ground in their valuations. The German club wants £90million; Chelsea will go to £70million. All that being true, it’s difficult to see how Chelsea screw this up.

BARCA EYE ARSENAL OUTCAST
Matteo Guendouzi is sitting pretty on the sidelines at Arsenal right now. The French midfielder hasn’t been included in any of Mikel Arteta’s matchday squads since he acted the idiot at Brighton and he reportedly did himself no favours in training the following week.

But all is not lost for Guendouzi. The 21-year-old has options – good options – should Arsenal decide to cash in on him.

L’Equipe reckons Barcelona, Atletico Madrid and Inter Milan are all monitoring his situation at the Emirates with Barca going as far as to begin negotiations with agents.

They may wish to speak to Arsenal first and to do that, they’ll have to wait until the end of the season. Because the report suggests the Gunners want £36million for Guendouzi, which would represent a £29million profit on the fee they paid Lorient two years ago.

CANARIES PUT £50M PRICE TAG ON GODFREY
Norwich are preparing for a flood of offers for their young talent when their return ticket to the Championship is punched, so they appear to be setting the bar in advance.

Sky Sports says the Canaries are making it known that they want £50million for defender Ben Godfrey since they reckon the centre-back will one day be an England regular. Norwich also know there is plenty of Premier League interest while RB Leipzig and Borussia Dortmund are also sniffing.

But if they were hoping to start a bidding war, the Canaries appear to have misjudged the room. The two German clubs might stretch to half that amount since their model is based upon selling Godfrey at the next step when perhaps he is an England international and the £50million valuation doesn’t look as ridiculous as it does now.

Lingard to Everton: The most predictable transfer rumour of all time

SOLSKJAER EYES TRIO TO PARTNER MAGUIRE
Manchester United are one of the clubs to have been linked with Godfrey over the past year while Ole Gunnar Solskjaer has looked at a wide range of defenders to partner Harry Maguire. The United boss said on Wednesday ‘we’re fine’ for centre-backs – he has seven at the last count though a few aren’t fit for purpose – but ESPN are suggesting Solksjaer isn’t telling the whole story.

Apparently, Ole has a three-man wishlist of potential partners for his captain. One is Bournemouth’s Nathan Ake, who Solskjaer sought out after United’s 5-2 win on Saturday, though what he actually said is still up for debate. AC Milan’s Alessio Romagnoli is another, while Solskjaer will get a close look tonight at the third name on his list: Aston Villa’s Tyrone Mings.

AND THE REST
Ajax will fight Tottenham and Everton for Southampton midfielder,Pierre-Emile Hojbjerg…Man City are confident of keeping Eric Garcia despite interest from former club Barcelona….Aaron Ramsey is among the players Juventus are offering Chelsea in exchange for Jorginho…Sheffield United are planning a £10million offer for Norwich midfielder Todd Cantwell.