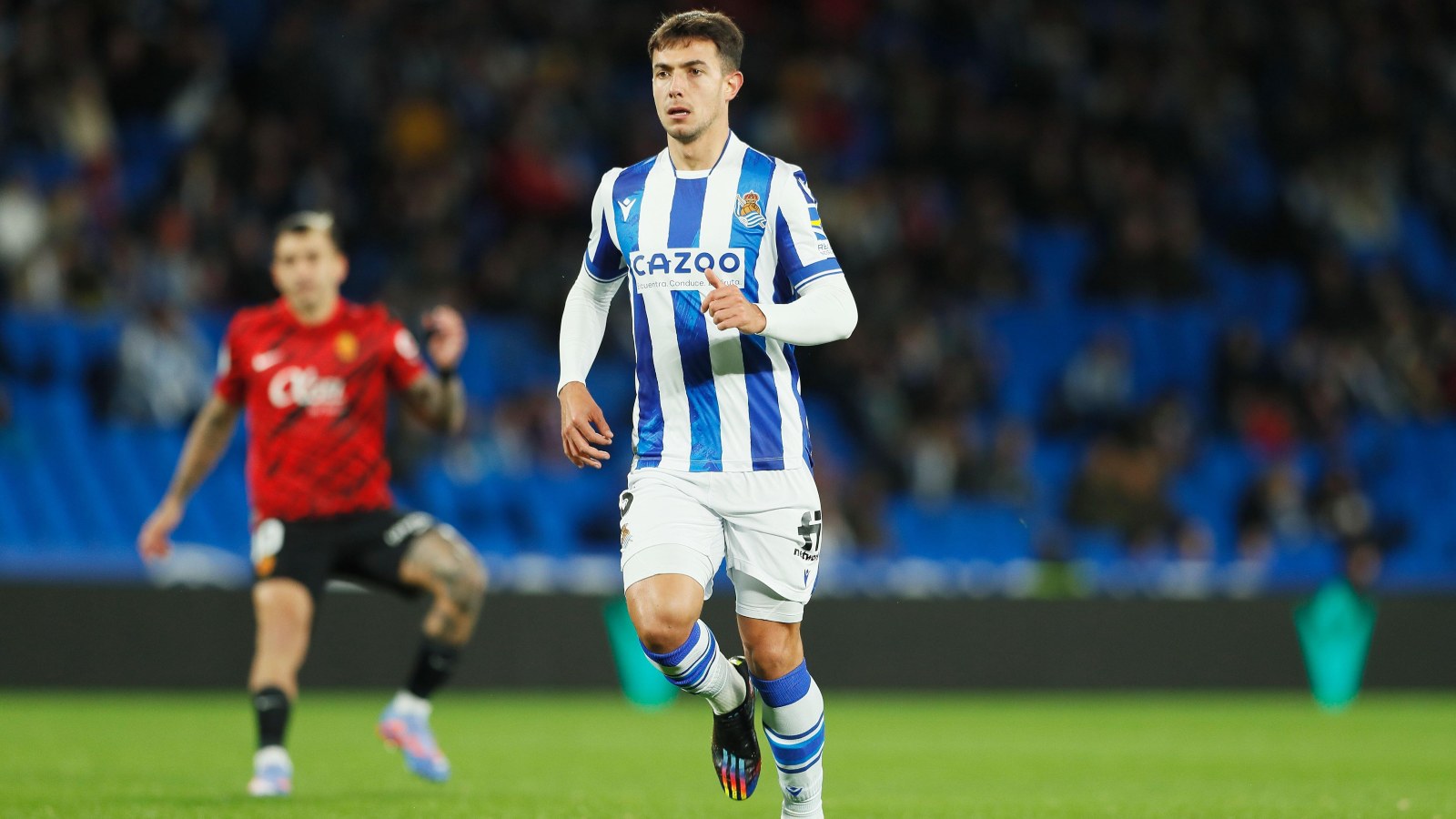 Mikel Arteta has been ‘rejected’ by a midfielder and another team have joined the race to sign Pedro Porro with Daniel Levy hesitating. Here is some juicy Transfer Gossip…

ARSENAL REJECTED BY SPANIARD
The Gunners are top of the Premier League and have really stepped things up in the transfer market after missing out on Mykhaylo Mudryk. He may have only played 35 minutes against Liverpool on Saturday, but he looked bloody good, for what it’s worth.

Leandro Trossard has signed, Jakub Kiwior will probably be announced on Sunday, and there have been some tentative links to Real Madrid starlet Eduardo Camavinga, though a transfer seems unlikely.

Mikel Arteta may want a bit more depth in the middle of the park and he has reportedly identified Real Sociedad’s Martin Zubimendi as a target.

According to Cadena SER, Zubimendi is not keen on a move to the Emirates. The 23-year-old is under contract until 2027 and has a €60million release clause.

Arsenal apparently asked Sociedad about Zubimendi and were told to pay the release clause. They then spoke to the player, who straight up ‘rejected’ Arteta’s side. Ouch. ‘Committed’ to Sociedad, the Spain midfielder wants to stay with his boyhood club.

FROM MILAN TO PARIS
One of the most sought-after soon-to-be free agents has reportedly chosen his next club.

As many as six Premier League clubs were believed to be interested in signing Inter Milan defender Milan Skriniar when his contract expires at the end of the season, but he has agreed a deal to join Paris Saint-Germain, according to L’Equipe.

Despite interest from Newcastle United and every ‘Big Six’ club in England – except Arsenal – Skriniar has an ‘oral agreement’ with the Parisiens and will join Marquinhos and co. barring an ‘improbable reversal of the situation’. A January transfer isn’t ruled out.

Skriniar would have been a superb signing for any Premier League club, but it now looks like he will never ply his trade in the English top-flight.

REAL COMPETITION FOR SPURS TARGET
Daniel Levy might be dithering a bit this month, which I am sure Antonio Conte is just thrilled about. Tottenham need a new right-wing-back and Pedro Porro is right there for £40m. Instead, the Londoners are reluctant to trigger the Spaniard’s release clause, giving other clubs the opportunity to write up their scouting reports and line up a bid.

Chelsea, unsurprisingly, are keen and actually need a right-wing-back with Reece James suspectable to injury these days. The drop-off in that position when he is out is pretty drastic. Porro would fix a big problem at Stamford Bridge.

And now Real Madrid are ‘monitoring’ Porro’s situation ‘closely, according to Spanish outlet AS.

Porro might be Spurs’ ‘main objective’ but they will not get their man for a penny less than £40m, it would seem.

Discussing his future, the former Manchester City defender recently said: “I’m not talking about the possibilities of the market: neither staying nor leaving. I’m focused on Sporting and I’m happy here.”