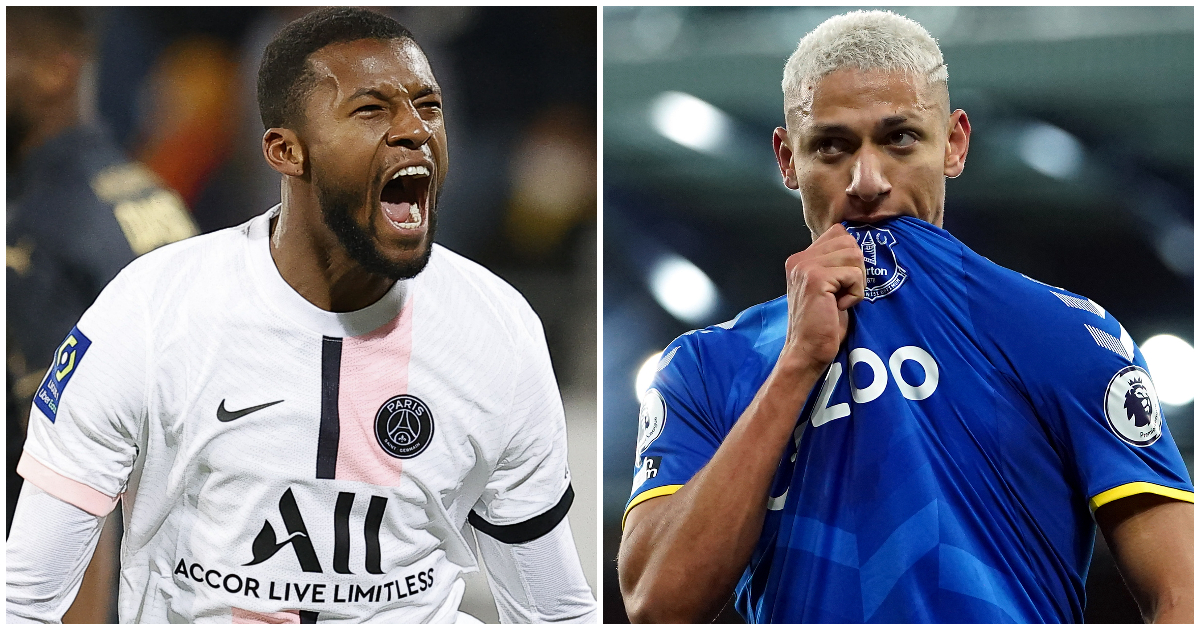 Arsenal want a different Everton forward, while the Toffees are leading the race for an ex-Gunner…

Mikel Arteta was said to have prioritised a move for the England striker initially last summer before rumours of their interest surfaced again last month.

Now, though, it is claimed Arsenal want a different Everton forward: Richarlison.

The Brazilian was in fine form in the Toffees win over Arsenal on Monday night and Fichajes reckons that performance has taken him to the top of Arteta’s wishlist.

GUNNERS LINE UP WIJNALDUM LOAN
Arsenal are also said to be in the running to being Georginio Wijnaldum back to the Premier League.

Wiljnaldum left Liverpool last summer to join PSG on a free transfer but his big move hasn’t gone to plan, with the Holland star unable to pin down a place in Mauricio Pochettino’s XI.

Sky Sports says PSG are open to letting Wijnaldum leave the Parc Des Princes on loan in January, with Arsenal ‘thought to be an option’.

Marca also suggests Newcastle as a possible destination should the midfielder wish to return to the club he left to join Liverpool in 2016.

EVERTON FAVOURITES TO LAND RAMSEY
Newcastle have also been linked with a move for Aaron Ramsey – Leeds too – but Everton appear to have claimed pole position for the Wales star.

Ramsey is set to leave Juventus in January as the Old Lady looks to shift some big earners off the books.

Leeds can only afford a loan move, which isn’t a concern for Newcastle, but Calciomercato suggests Everton is Ramsey’s most likely destination.

FIVE GO TO NEWCASTLE?
Of course, Newcastle have other irons in the fire…

The Magpies have been linked with 427 players since their takeover but the Daily Mail says their list has been narrowed down to five.