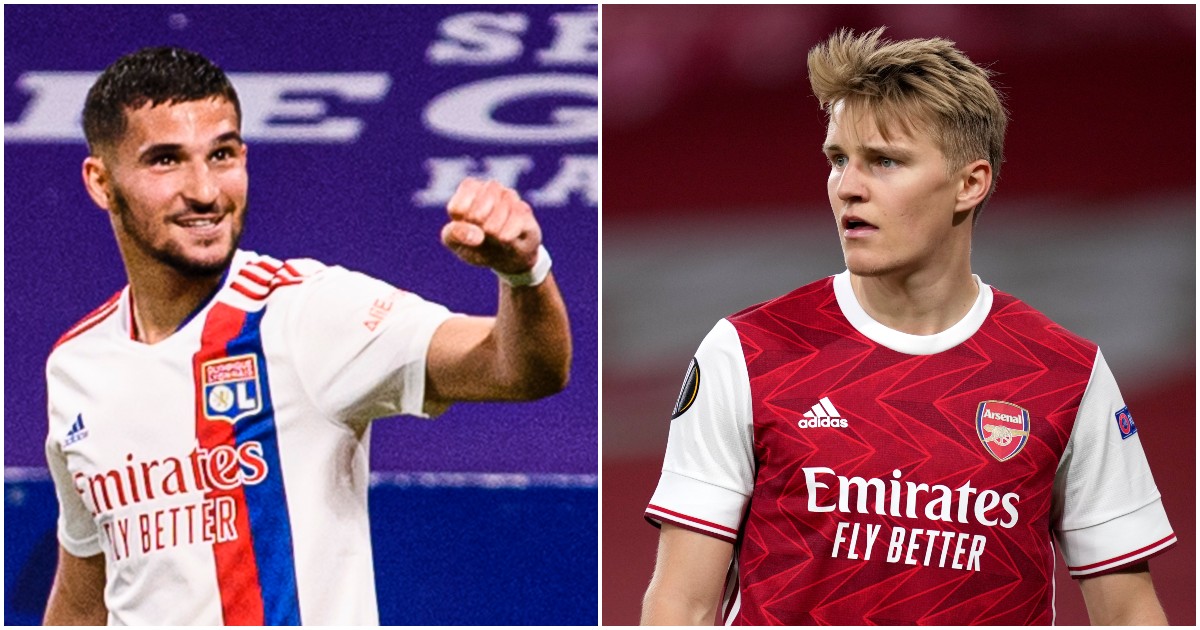 It is kicking off in north London. Arsenal have sorted deals for Aaron Ramsdale and Martin Odegaard, helping Tottenham’s £94.5m triple move.

DOUBLE DEAL CLOSE
Arsenal should lose to Brentford more often. Whether that chastening defeat on the opening day has actually accelerated their transfer plans or not is unknown, but it certainly seems to have lit a fire under Mikel Arteta to strengthen his squad. The Athletic say both Aaron Ramsdale and Martin Odegaard will join on four-year contracts with options for another 12 months.

Ramsdale will cost an initial £24m, rising to £30m if he becomes first choice in north London. The move looked like being abandoned as Sheffield United wanted £40m, but the player himself has been ‘pushing hard’ to get it done.

He will be joined at the Emirates by Odegaard, Arsenal reaching an agreement with Real Madrid over a permanent £29.8m switch that could rise to £34m if certain clauses are met.

Personal terms with both players will now be on the agenda but it is not thought that they will be a problem in either case. One particular boost is that Odegaard will not have to self-isolate after receiving both his vaccinations; Arsenal want both players available for Sunday’s game against Chelsea and so must register them by Friday lunchtime.

TRIPLE DEAL NOT SO CLOSE BUT POSSIBLE
Tottenham will apparently be happy to see their rivals secure two new players: ‘it leaves the way clear’ for them to sign Houssem Aouar.

Arsenal had been linked with the Lyon playmaker but Tottenham now believe the path is free to pursue Aouar, whose valuation was suggested by some outlets to be around £21.5m in July.

Lyon have made him and a number of other players available for transfer in a drastic move after starting their Ligue Un season with a draw and a defeat.

This comes from the Daily Mirror, who add that Dusan Vlahovic is another Tottenham target, the Fiorentina striker also being pursued by Atletico Madrid. The Italian club are trying to commit him to a new contract but if unsuccessful they could explore selling him for £60m as his current deal expires in 2023.

Nikola Milenkovic is another Viola player on Tottenham’s radar. The Times claim that they have ‘stepped up their interest’ in the centre-half after West Ham pulled out of talks. Fabio Paratici wanted to sign him for Juventus and can now do so for around £13m.

NEW DEAL PROBABLE
The Sun seem absolutely astonished at the prospect of renewing the contract of a player signed ‘just a YEAR’ ago but Manchester City are indeed considering improving and extending the terms of Ruben Dias’ deal.

It is easy to see why: the Premier League Player of the Season and FWA Footballer of the Year earns £90,000 a week and defensive partner John Stones recently agreed a rise to £250,000. That does seem silly.

Manchester City also want to add another year to the deal, keeping Dias until 2027. He will be 30 by then and presumably moved on once Arteta takes over.