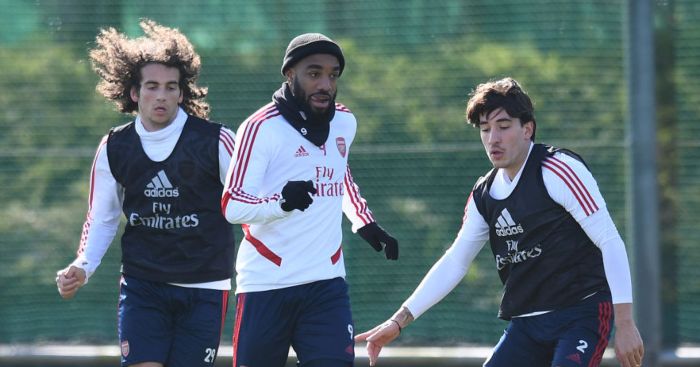 CLOUD NINE
Arsenal are not messing around. The FA Cup has been won but Mikel Arteta will be ruthless. On Sunday morning, it was suggested that six players could be sold or loaned out this summer. By Monday, that is upgraded to nine.

The Daily Mail suggest that while European qualification has boosted their financial power, Arteta ‘knows he must sell players to generate the money required to land his first-choice transfer targets’. And neither Hector Bellerin (£27m) nor Alexandre Lacazette (£30m) are safe.

Mesut Ozil would ideally be among them but Arsenal know their chances of getting rid are ‘slim’. And the future of Pierre-Emerick Aubameyang would be considered if he doesn’t extend his contract – he is their ‘priority’ but Arsenal would rather sell than lose him for free.

In terms of incomings, Arteta wants Thomas Partey, Willian, Philippe Coutinho, a central defender and an extension to Dani Ceballos’ Real Madrid loan. They will be a bit busy, basically.

JUST MATIP
The first thing to note when it comes to PSG’s reported interest in Joel Matip is that the original source reported no transfer fee. AllezLesLions.net do not mention a £50m figure and nor do Kick442, so quite why others have settled on that number is unknown.

The former says PSG ‘appreciate the profile’ of the Liverpool centre-half and ‘have already established the first contacts with his entourage’. Eric Maxim Choup-Moting, his compatriot and former Stoke forward, has also spoken to Matip.

The latter adds that Thomas Tuchel ‘is a keen admirer of players with German origin’. Well alright.

In any event, supposed PSG interest could persuade Liverpool to target Kalidou Koulibaly again. Although, having sold Dejan Lovren already, it seems unlikely they would let another centre-half go.