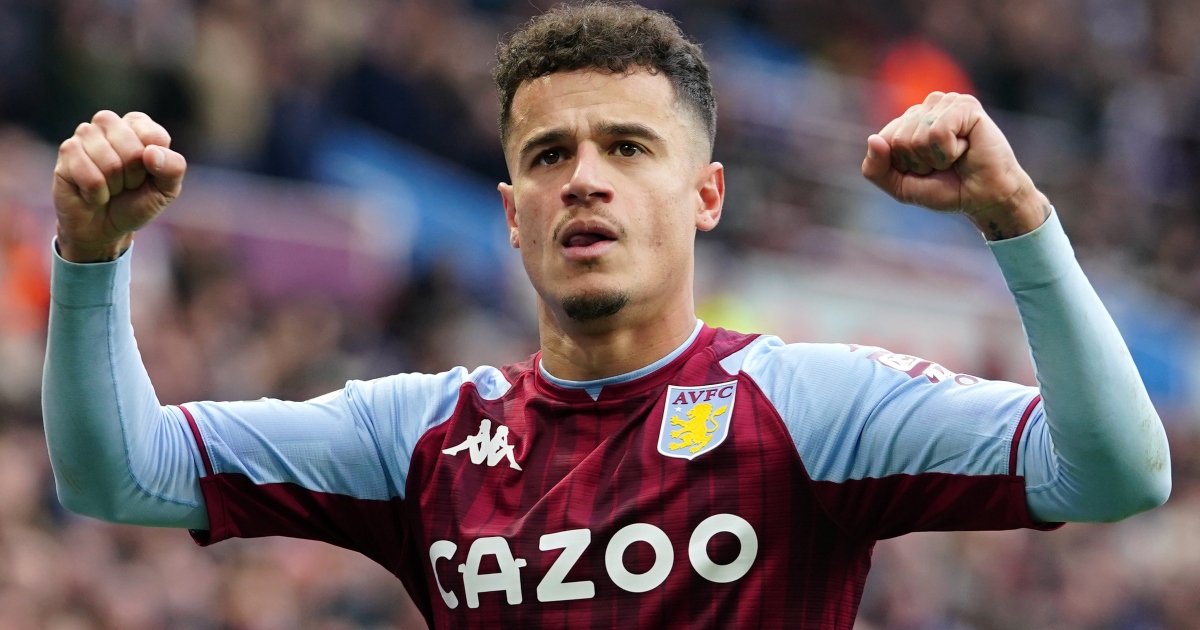 Villa want to sign Philippe Coutinho but so too do Arsenal and Tottenham. The Gunners also want Alexander Isak but they have more competition…

ARSENAL, SPURS EYE COUTINHO
It seems Steven Gerrard has already made up his mind over Philippe Coutinho and the Aston Villa boss has urged the club to take up their option to sign the Brazil playmaker.

Coutinho is currently on loan at Villa Park until the end of the season, at which point the Villans could opt to make it a permanent arrangement by paying Barcelona £33million.

Just a couple of issues for Villa: Coutinho would have to take a huge pay-cut on the £480,000 a week he supposedly earns from Barca at the moment. And the former Liverpool star is attracting interest from elsewhere.

According to Sport, Arsenal and Tottenham both remain keen on Coutinho, who could have his head turned by the prospect of Champions League football.

It was reported over the weekend that the Borussia Dortmund goal-machine could be heading to Manchester City, with Pep Guardiola apparently confident of completing a £100million deal.

But it is being claimed that a move to Spain is top of Haaland’s agenda, with Barca and Real both wanting to take the Norwegian.

Barca, though, have to be wary of screwing themselves financially again and Joan Laporta warned over the weekend that the Catalans won’t risk everything just to land Haaland.

So they are looking at alternative centre-forwards, with a Liverpool and Man Utd target high up on their list.

Arsenal too are interested in Alexander Isak, but El Nacional says Xavi has taken a shine to the Real Sociedad striker, who is set to spark a bidding war this summer.

BIG CHANGES COMING AT PSG
It was a rough weekend for PSG, with their fans showing their displeasure at their Champions League surrender last week and the overall direction of the club.

Neymar and Lionel Messi copped most of the flak and reports this morning suggest major changes are coming at the Parc des Princes.

L’Equipe says Mauricio Pochettino will be gone in the summer and Kylian Mbappe will continue to resist attempts to lure him into a new deal. AS claims Angel Di Maria has also decided to leave and the Argentina winger could return to Benfica.

Should Pochettino be off, Zinedine Zidane is the heavy favourite to take over at PSG and, according to El Nacional, the former Real Madrid boss wants to be reunited with Casemiro in Paris.