Mikel Arteta ain't no fakhin wheeler dealer. But he is being quite sensible when it comes to Arsenal deals. 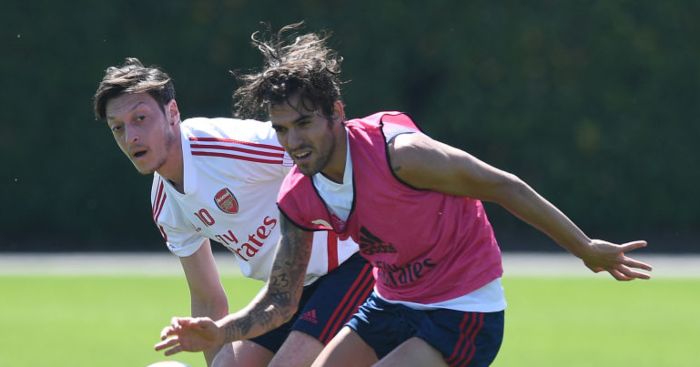 Mikel Arteta ain’t no fakhin wheeler dealer. But he is being quite sensible and frugal when it comes to Arsenal transfers.

NAL AND VOID
Arsenal seem to have appointed Shrek as their director of football, with this summer defined by the maxim: “Better out than in.” Willian has joined and Gabriel Magalhaes will soon follow him, but the onus is currently on moving the deadwood and increasing the budget to afford Pierre-Emerick Aubameyang’s big old wages.

Henrikh Mkhitaryan has left for Roma. Hector Bellerin is attracting the attention of PSG and their ‘real problem’ at right-back, but Paris United explain that his €30m valuation is ‘a bit expensive’ for someone with limited international experience and ‘significant defensive gaps’.

Then there is Matteo Guendouzi, the subject of an offer from Valencia. They want him on loan for a season with a fixed £16m purchase after 12 months, if the Daily Mirror are to be believed.

Mikel Arteta has the one thing that every manager craves

Next is Sead Kolasinac, who Bild say is willing to take a pay cut to join Schalke on another loan with a view to buy. When Roma were linked last week, a €15m fee was mooted. That seems high.

Emiliano Martinez is also being watched by Schalke, but Sky Sports add that their ‘financial difficulties’ are likely to rule out a move for someone Arsenal value at £20m.

Last but not least, Mesut Ozil has suitors in the Far East. The Daily Telegraph say ‘clubs in Saudi Arabia and Qatar’ have sent out feelers to a player who ‘remains insistent that he has no intention of leaving London’.

Al-Nassr are said to be one such team offering £15m a year to a player Arsenal are ‘desperate to offload’. Tony Adams will be devastated.

DANI, ARE YOU OKAY?
That Guendouzi story started elsewhere but was grabbed by John Cross, who kindly added that Arsenal ‘want to sign another midfielder’. Thomas Partey, he of the £44.6m Atletico Madrid release clause, is still ‘in their sights’.

So, too, is Dani Ceballos, who will be returning on another loan from Real Madrid after a personal phone call from Mikel Arteta to convince him.

Arsenal are planning to announce soon the ‘coming back’ of Dani Ceballos after he turned down three loan bids [from Italy and Spain]. “Only Arsenal” was his answer. Simple loan from Real Madrid. Contracts signed for Gabriel – no problem, it’s 100% done. ⚪️🔴 #AFC #Arsenal #Real

He’s bloody good and they know exactly what they’re getting. Makes sense.

The Daily Express report on the ‘bold move’ to target a free agent who ‘is being hunted by several clubs across Europe’. Monaco and Roma will battle with David Moyes and surely lose.

Gotze and the Hammers have one thing in common of course, both having won the World Cup before. And as much as we want that Klopp reunion, this would be fun enough.