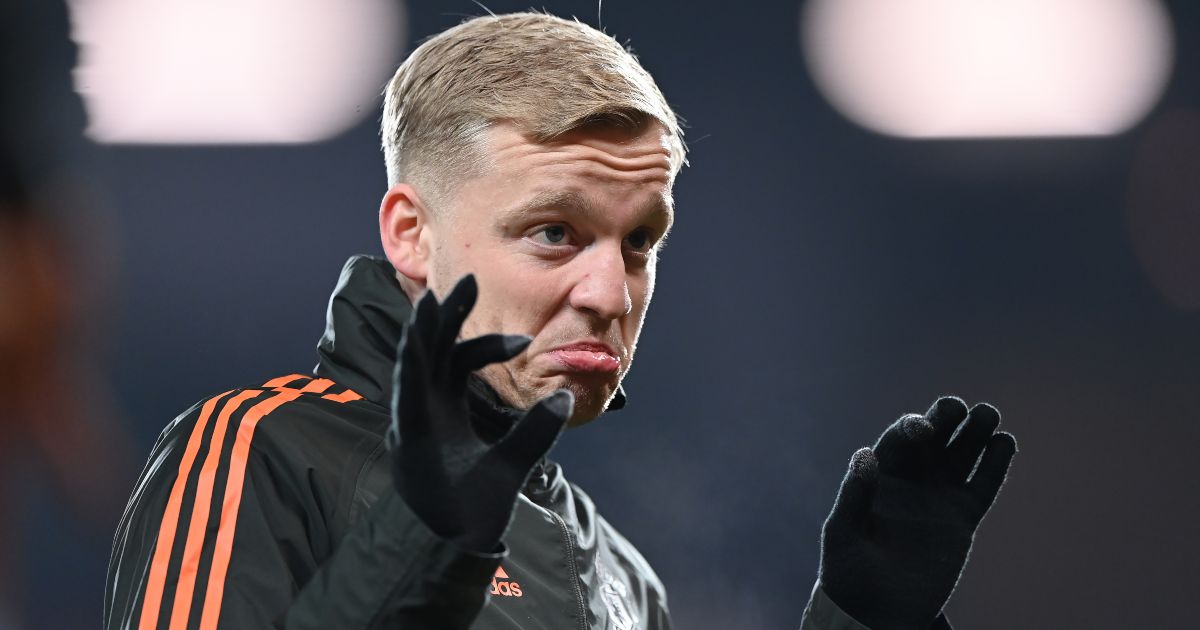 Arsenal ‘make contact’ with Manchester United over Van de Beek and Leeds are in a two-way battle for Marcelo….

Van de Beek to Arsenal?
Granit Xhaka is off and Arsenal need a midfielder/midfielders. Any of these five would be a good shout, but reports suggest their gaze has been drawn to Old Trafford.

90min claim the Gunners have ‘made contact with Manchester United’ over a potential move for Donny van de Beek.

The Dutchman joined United last summer to sit on the bench and did exactly that. He started just 15 games under Ole Gunnar Solskjaer last season, with Bruno Fernandes the clear first choice in the No.10 role and Scott McTominay, Fred and Paul Pogba preferred in the double pivot.

And Arsenal are hoping to take advantage of a difficult situation for the 24-year-old, who has been frequently advised to seek pastures new.

Mikel Arteta is keen to strengthen in a number of areas for Arsenal with central midfield considered a priority, particularly with Xhaka’s seemingly imminent move to Roma and given the end of the loan spells of Dani Ceballos and Martin Odegaard, who have both returned to Real Madrid.

Matteo Guendouzi will be back at the Emirates this summer, though that return is expected to be brief, while Lucas Torreira is also angling for a permanent move elsewhere.

Brighton star Yves Bissouma has been heavily linked, along with Ruben Neves of Wolves, with Van de Beek now added to the growing shortlist.

The Real Madrid legend is reportedly not in Carlo Ancelotti’s plans and his agents are looking for a new destination, according to the Mirror.

The Brazilian has won an astonishing five La Liga titles and four Champions Leagues in a glittering 14 year spell with Madrid.

But he played just 19 games for the Spanish giants last season and with his contract up in 12 months, Madrid are looking to move him on to land some sort of transfer fee, thought to be around £5million.

The report claims Marcelo would prefer a move to England or Italy, with Everton the early favourites for his signature.

He wants a minimum of a two-year contract, with Leeds also said to be in the frame.

The Express claims Brendan Rodgers sees the 22-year-old as the heir to Jamie Vardy’s goalscoring throne, although the superb form of Kelechi Iheanacho has reduced that immediate need.

Liverpool, Chelsea and Spurs are the other clubs said to be tracking the Zambian’s progress.

Chelsea are said to be doing all they can to lure a former RB Salburg striker – Erling Haaland – to Stamford Bridge, while Spurs could well be in the market for a new striker should Harry Kane wangle his desired move away.

The need is perhaps less for Liverpool, though two of their much-fabled front three misfired last season and Jurgen Klopp could be on the lookout for further options.

The report claims Daka is keen on a move to England and could be available for as little as £17million. Worth a punt.