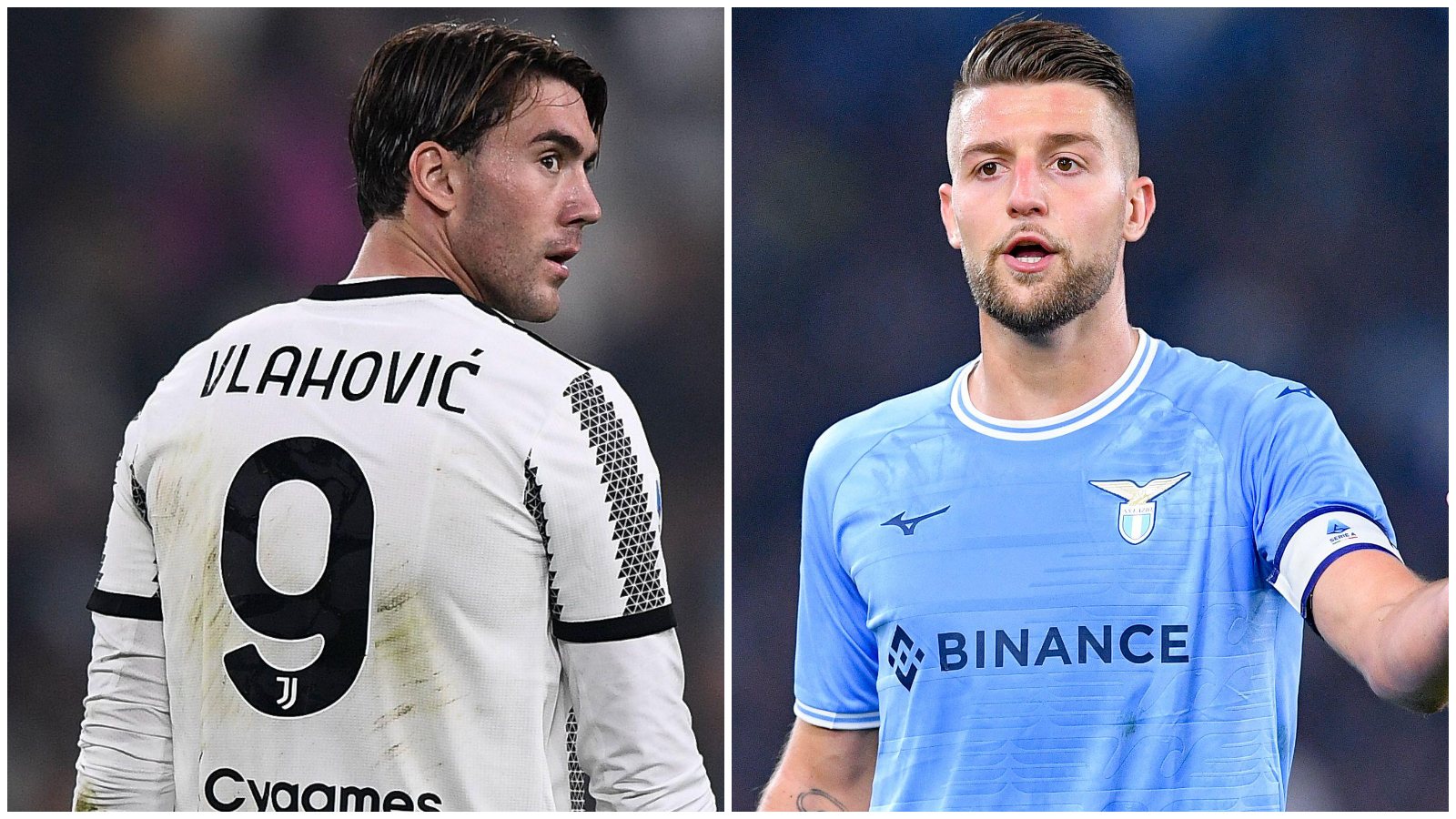 Arsenal are keen to profit from Juve’s misery by taking their star striker and top transfer target, while Chelsea are eyeing a teenage freebie…

ARSENAL KEEN TO PROFIT FROM JUVE’S MISERY
Juventus are having a hard time of it right now. Not that they’re getting any sympathy from Arsenal.

Juve’s entire board resigned en masse last week amid three different investigations into financial irregularities, which could see the Old Lady fined, docked points or excluded from European competition. Which Arsenal are seeing as an opportunity…

Football Italia says the Gunners are looking to exploit Juve’s predicament by exploring a move for Dusan Vlahovic. The Serbia striker rejected Arsenal for Juve last January when he moved from Fiorentina, since when he’s scored 16 goals and laid on four more in 32 appearances.

Arsenal, though, haven’t taken the snub personally and remain keen on signing Vlahovic if the opportunity arises amid Juve’s judicial crisis.

Not content with signing one of their star players, Arsenal also want to take Juve’s primary transfer target for 2023.

Juve want to bring Sergej Milinkovic-Savic from Lazio as he prepares to enter the final year of his contract in Rome. But if the Bianconeri have their hands tied, the Gunners are keen to swoop for the Serbia midfielder.

CHELSEA, BARCA TARGET DORTMUND PRODIGY
With Brazilian wonderkid Endrick having apparently agreed to sign for Real Madrid from 2024, Chelsea and Barcelona are moving on to another teenage prodigy...

The Express says the Blues are already in talks with Youssoufa Moukoko’s agent as the Borussia Dortmund teenager approaches free-agency at the end of the season.

Of course, wherever there’s a freebie, you’ll find Barca. Sport claims the 18-year-old, who was included in Germany’s World Cup squad, has become the Catalans’ top priority for next summer.

The Argentinian teenager has scored twice and offered a couple of assists after making the breakthrough at Old Trafford prior to the World Cup. He is under contract with United until 2025, but his emergence has prompted talks over an improved deal.

While that remains unsigned, Relevo suggests Real are keen to bring Garnacho back to his home city. The winger was born in Madrid and played in Atletico’s academy before moving to England in 2020. During the World Cup break, he was pictured back in the Spanish capital.

Marca, though, says there are no plans to rush through a move for Garnacho next month. Nor are Real making plans to sign Cody Gakpo or Rafael Leao mid-season from PSV and AC Milan respectively.

Read more: Ranking Premier League clubs on how knackered their players might be after the World Cup