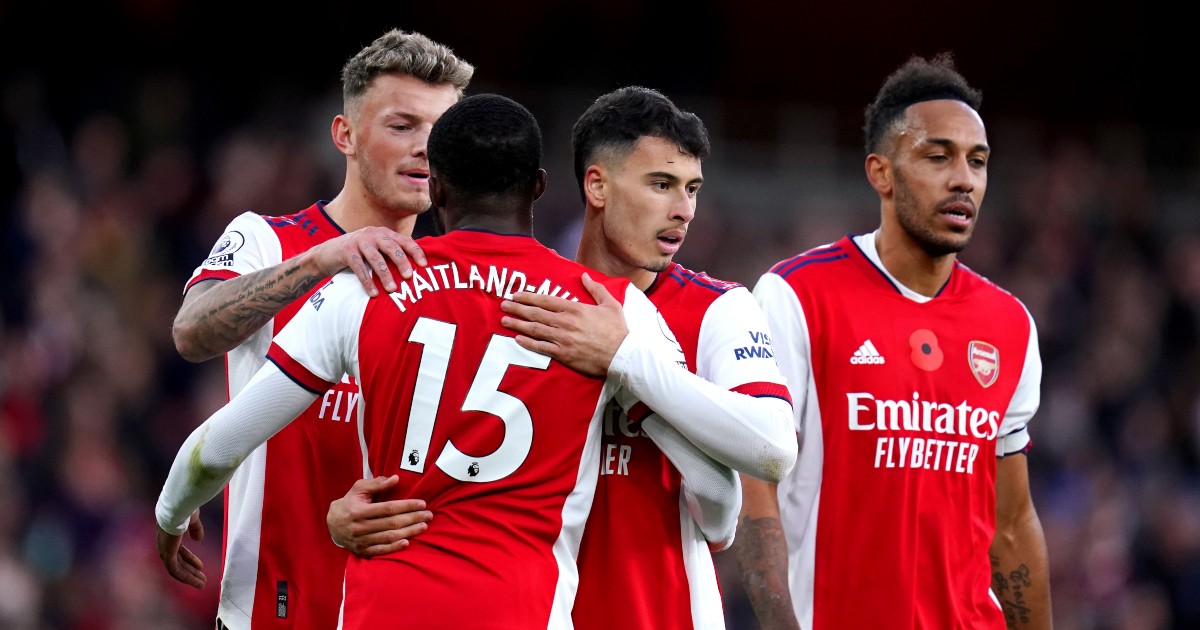 Ainsley Maitland-Niles is annoyed with Arsenal and Mikel Arteta after being promised more playing time. Chelsea want all of the defenders.

MAIT’S RATES
It could be that AFCON provides Ainsley Maitland-Niles with his long-awaited opportunity in the Arsenal first team. But by the sounds of it, the 24-year-old wants to leave before getting the chance to find out.

After being blocked from making a loan move to Everton in the summer on the proviso that he would play more often, Maitland-Niles has started two Premier League games and also a couple in the League Cup. Arsenal’s record in those matches is P4 W4 D0 L0 F7 A0, although their opponents were Norwich, Watford, AFC Wimbledon and Leeds.

In any event, that clearly is not enough for a player with great ambition. The Daily Mail claim that there will be ‘pressure’ on Arsenal to sell Maitland-Niles in January because of the England international’s ‘growing frustration’.

That report from Sami Mokbel goes on to say Maitland-Niles is ‘irritated at his peripheral role’ in north London, particularly because he was told during a summer ‘heart-to-heart’ with Mikel Arteta that he would be in the reckoning more often. It is felt that the player was kept ‘under false pretences’.

Everton and Newcastle are monitoring the situation and with 18 months left on his contract, Arsenal could be forced into selling Maitland-Niles next month instead of losing a player ‘that was valued in-excess of £30million’ for free in the future.

A CASE FOR THE DEFENCE
The respective contract situations of Antonio Rudiger and Andreas Christensen has understandably persuaded Chelsea to cover their behinds and look further afield for centre-halves, just in case. And their search might well have started and ended with Wesley Fofana.

The Blues have been linked with Fofana previously, and Goal.com say that he ‘remains regarded among the best in his age group in world football’. No move will be made in January but it could be that Chelsea take a closer look in the summer.

Fofana’s reputation and value is likely to have skyrocketed despite him not playing this season, considering the defensive frailty of Leicester in his absence. They would predictably and understandably ‘set a huge asking price on their prized asset’.

Jules Kounde is also still on the Chelsea radar, with Matthijs de Ligt having been offered to the European champions. Malang Sarr will even be blocked from making any loan move to Serie A in January. This is what happens when all of your central defenders have expiring contracts at the end of the same season.

BIG BEN
One Premier League move that could be made in the winter transfer window is that of Ben Brereton Diaz, who scored 18 goals in 145 goals for Nottingham Forest and Blackburn before this season, and 17 goals in 21 games since becoming an actual Chilean man.

That has caught the eye of Brighton, if the Daily Mirror is to be believed. And it probably is. This would be a weird thing to make up. They say Brighton ‘are edging closer’ to signing the 22-year-old, who has also attracted the interest of Leeds, Southampton and Newcastle.

Brighton would be happy to fork over £20m in a bid to finally exorcise their xG demons. The Seagulls have already loaned Jan Paul van Hecke and Reda Khedra to Rovers this season and hope that ‘their newfound strong links’ with the Championship club can be advantageous.