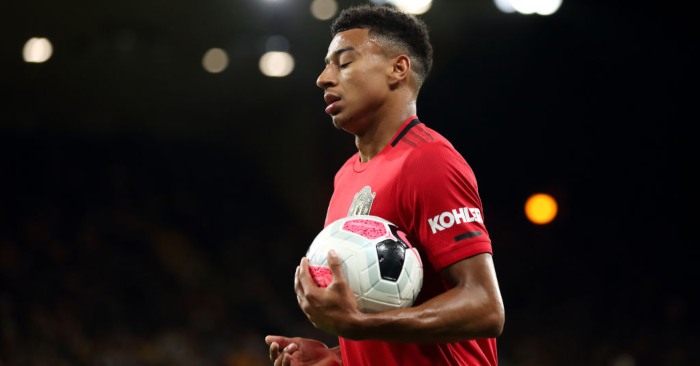 EUROPEAN GIANTS EYE LINGARD
It seems that Mino Raiola is already working his magic for Jesse Lingard. Apparently, the woefully out-of-form Manchester United attacker has a couple of Europe’s grandest clubs interested in taking him this summer.

According to ESPN, both Roma and Atletico Madrid are at the head of the queue for Lingard, who has endured a miserable 18 months. His stats suggest he hasn’t put his boots on the right feet since the 2018 World Cup, while off-the-pitch issues haven’t helped the 27-year-old rediscover his best form.

The story goes that Lingard would like to stay at United and he has 18 months remaining on his contract with the club retaining an option for a further year. But he is open to a move, especially while the abuse he cops on social media remains unchecked. Ole Gunnar Solskjaer too knows that a fresh start might be best, with Atletico and Roma having already registered their interest.

UNITED CONSIDERED MURRAY MOVE
It was a strange week for United in the final days of the January transfer window. They were linked with countless strikers with questionable credentials and we can add Glenn Murray to that list.

The Daily Mail says the Brighton striker was one of a number of names considered before they finally plumped for Odion Ighalo as the deadline approached. Murray is a United fan and he’s been hugely impressive for Brighton since they came up into the Premier League. But he’s 36 and struggling for a game at the AmEx this season.

Instead of joining United on Friday, Murray bullied West Ham on Saturday before signing a new one-year contract at Brighton on Monday.

LAMPARD EYES PREM KEEPERS TO REPLACE KEPA
In contrast to Murray, Kepa Arrizabalaga had a stinking weekend. The Chelsea keeper was dropped by Frank Lampard for the visit to Leicester and reports suggest the Blues manager has written him off.

But Lampard has a fight on his hands to get rid of Kepa. The Mirror says Chelsea director Marina Granovskaia is reluctant to give up on the No.1 since she played a major role in bringing the world’s most expensive keeper to Stamford Bridge. And Granovskaia knows Chelsea will take a significant hit on the £72million investment they made 18 months ago.

AND THE REST
James Maddison is close to agreeing a new deal at Leicester…Gareth Bale is more likely to move to China or MLS rather than the Premier League…Arsenal and Everton both wanted to sign Lille defender Gabriel…Real Madrid are ready to move to sign Kylian Mbappe…Liverpool are eager to tie Virgil van Dijk and Alisson to new contracts…Bournemouth are eyeing Peterborough striker Ivan Toney…Inter Milan were close to a deal for Leicester striker Islam Slimani.