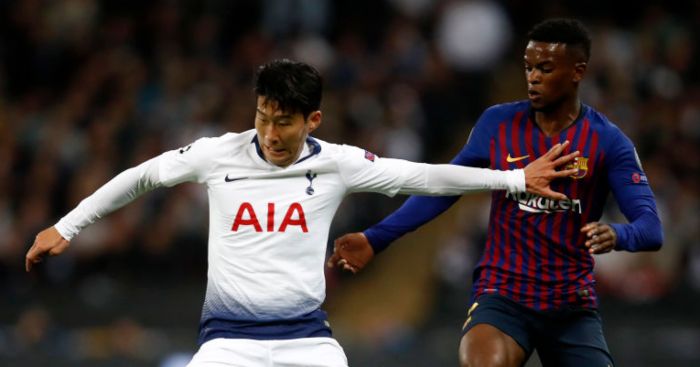 Spurs have been offered three players by Barcelona in exchange for Ndombele. And Chelsea want Aubameyang.

AUBA THE HILL
The last player to transfer between Arsenal and Chelsea was Olivier Giroud in January 2018. While there is news concerning the Frenchman on Saturday – Gianluca Di Marzio says his ‘renewal option’ has been activated – there is an altogether more interesting bit of transfer news.

While Moussa Dembele remains their priority striker target, Chelsea have earmarked Pierre-Emerick Aubameyang as ‘a serious alternative’. ESPN say contract extension talks with Arsenal are going nowhere and his price is getting no bigger.

After Aaron Ramsey left on a free transfer upon the expiration of his contract last summer, and the deals of both Alexis Sanchez and Mesut Ozil forced them into difficult decisions, Arsenal’s ‘policy’ is to let players go when they get within 12 months of their contract ending.

That is to guarantee they get at least some financial compensation, with a fee of up to £50m mooted. ‘There are hopes within the club’ that the 30-year-old could be convinced to commit his future long-term but also ‘a growing possibility’ that Arsenal could have to cash in.

NDOMB LOOK
The idea of player swaps continues to float around the shuddering gears in the transfer speculation machine. It jars to hear about fees of £100m and more being discussed, but exchanges do seem far more realistic.

Spurs could have a couple of offers on their hands. The first comes from Sky Sports, who claim Samuel Umtiti and Nelson Semedo could be offered to Spurs in a trade for Tanguy Ndombele. Take that right now, Daniel Levy.

Barcelona ‘want to bring more physicality into their midfield’ and see the “disgrace” as an ideal option to do so. They won’t have the money to sign Tottenham’s record signing but do have the players to tempt them into a deal.

Indeed, ‘a new right-back and a left-footed centre-back’ were targets for Jose Mourinho this summer, and boxes that Umtiti and Semedo would tick. There is no suggestion of money being involved on either side so this seems like it would be a straight swap.

HEY ARTHUR!
That Sky story does refer to different reports that Mourinho ‘is hoping to bring in a more physical, defensive midfielder’ and Arthur was their first choice. But the Spaniards ‘still value him highly’ and he is happy there.

However, Mundo Deportivo suggest that very deal is a possibility. They say ‘there are doubts’ over Arthur’s suitability and consistency and that does correlate with recent reports that only three Barcelona players will be ‘untouchable’ this summer.

And with the ‘remarkable’ Ndombele struggling in north London, two plus two equals whatever they bloody want it to. Spurs require ‘a miracle’ to get their money back and the Frenchman’s agent ‘listens to proposals in difficult times’.

AND THE REST
Chelsea have made contact with Lille over Nigerian striker Victor Osimhen, 21… Chelsea are preparing to keep Spanish goalkeeper Kepa Arrizabalaga, 25, despite being keen on AC Milan’s Italy international Gianluigi Donnarumma, 21… Manchester City, Paris Saint-Germain and Juventus are all chasing Lyon midfielder Houssem Aouar, 21… Everton have contacted Barcelona over the availability of Brazilian defender Emerson, who is currently on loan at Real Betis… The Toffees have made a loan move for Barca’s Brazilian playmaker Philippe Coutinho, 27… Aston Villa and Crystal Palace are eyeing former Liverpool striker Fabio Borini. The 29-year-old Italian now plays for Hellas Verona.