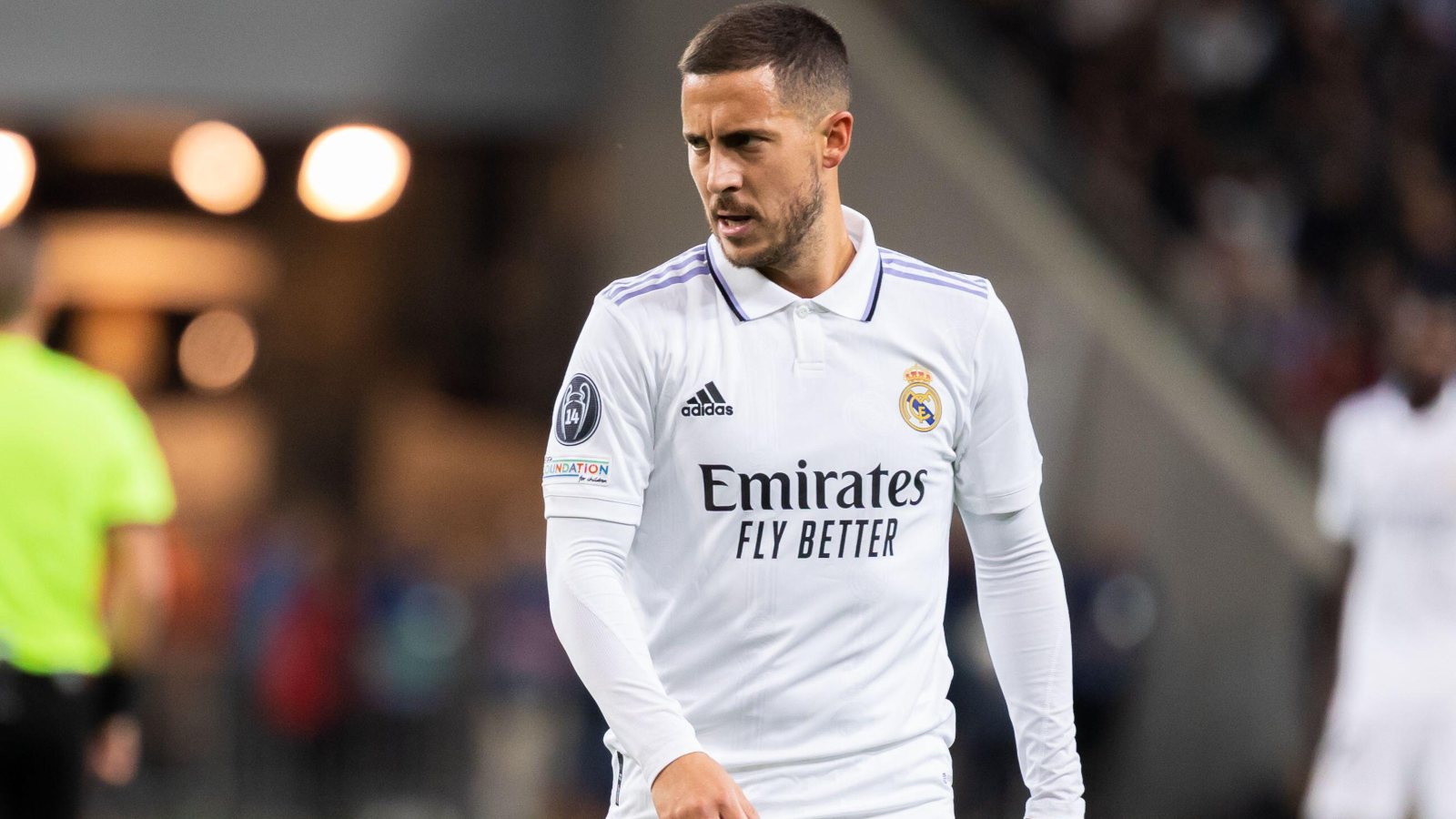 Aston Villa are eyeing another £100m-plus flop and his Real Madrid team-mate, while Barcelona fancy a couple of Prem-based midfielders as free-agency looms…

VILLA EYE REAL, BARCA STARS
Unai Emery is off to a belting start at Aston Villa, beating Manchester United last week before coming from behind on Sunday to win at Brighton. Not surprisingly, attention is already turning to his first signings as Villa boss.

Inevitably, Emery is being linked with numerous Spanish-based players. There were whispers last week that the former Villarreal boss was looking to raid his former club for central defender Pau Torres, while reports this morning suggest he’s casting his eye towards Barcelona and Real Madrid.

El Nacional reckons Emery fancies two Real stars who find themselves out of the picture at the Bernabeu. The first is Eden Hazard. Apparently, the Villa boss believes he can help the Belgium star recover the ‘best version’ of himself, which hasn’t been seen since he left Chelsea in 2019 for over £100million. Real are willing to do business for a knockdown fee of £17million, or they could agree to a loan.

Nacho Fernandez would be even cheaper, with the 34-year-old’s contract due to end next summer. Emery wants to sign the central defender to help cover for the absence of another centre-back signed from Spain, Diego Carlos, who has been crocked since the first weeks of the season.

Villa are also among the clubs monitoring Franck Kessie’s situation. The Barcelona midfielder only moved to the Nou Camp as a free agent during the summer but already there is talk of him being flipped by the Catalans to raise a few euros.

BARCA RIVAL ARSENAL FOR TIELEMANS
Barca are keen to strengthen their midfield by signing Bernardo Silva from Manchester City. But they recognise such a deal would be difficult to do in January. So they’ll settle for one of his City team-mates.

City have rather less of a say over Ilkay Gundogan’s future since the Germany midfielder is approaching the end of his contract next year. Gundogan is thought to fancy a new challenge and the prospect of joining Barcelona appeals to the 32-year-old.

But Mundo Deportivo says Barca are also considering a move for Youri Tielemans, who is also heading towards free agency. Tielemans has been in fine form of late, playing a major role in Leicester’s revival. Should he have a decent World Cup with Belgium, Barca won’t be the only club banging on the Foxes’ door in the new year.