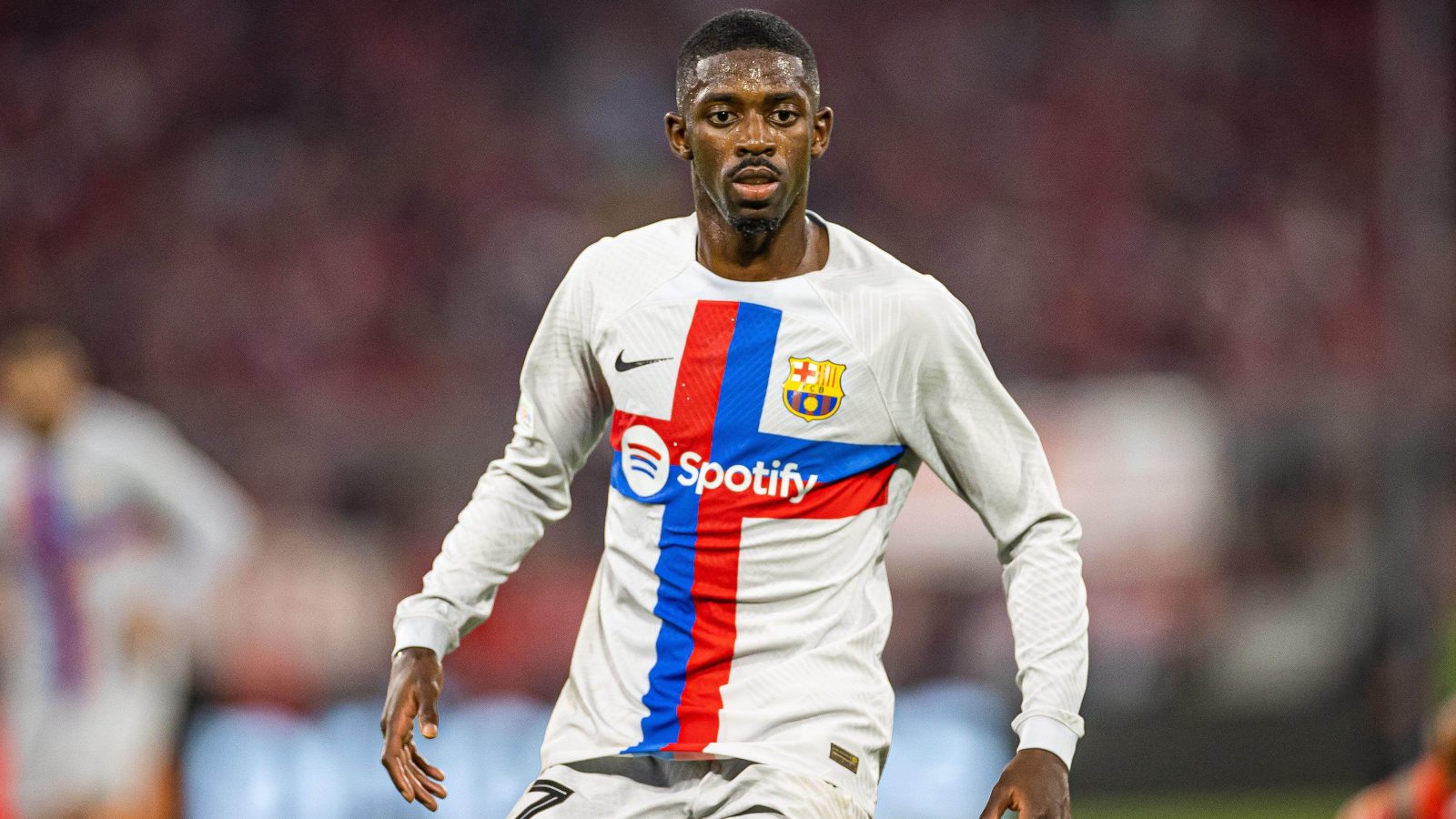 Chelsea target Ousmane Dembele could be available for £43.7million, while Manchester United lined up a swap deal for a Liverpool midfield target…

DEMBELE DEAL INCLUDES BARCA EXIT OPTION
If you thought that Ousmane Dembele signing a new Barcelona contract would quieten the speculation around the France winger, you’ll most probably be wrong…

Dembele finally signed a renewal at the Nou Camp in July after a couple of weeks as a free agent. Most of the big six had been linked with the forward over the last 18 months while his agents stood firm in the face of Barca’s attempts to tie down their £135million man.

The terms of his new deal, though, aren’t likely to deter those interested parties. L’Equipe has revealed that his two-year extension contains a clause which allows Dembele to leave Barca for £43.7million next summer.

Should the likes of Chelsea, Manchester United and Liverpool move again for the 25-year-old, then Barca would pocket only half of that amount, while Dembele and his representatives would trouser the rest since the player received no signing-on fee upon renewing during the summer.

MAN UTD LINED UP SWAP DEAL FOR LIVERPOOL TARGET
The grapevine has been full of stories surrounding Liverpool’s supposed interest in Flamengo midfielder Joao Gomes. Last week it was claimed that Jurgen Klopp has been watching the 21-year-old ‘for a long time’.

In the last couple of days, Flamengo vice-president Marcos Braz has described speculation that Liverpool made a firm move in the summer as ‘a lot of lies’. He didn’t deny, though, that Gomes could move in January or next summer.

Liverpool might not have made a concrete move for Gomes but Talksport reckons Manchester United were ready to swoop. Apparently, the Red Devils were concocting a swap deal involving Andreas Pereira, who was on loan at Flamengo. But, instead, Pereira joined Fulham for around £10million.

CONTE KEEN ON JUVE RETURN
A few managers are clinging to their jobs through the current international break. Max Allegri being one of them…

Allegri’s Juventus have made a poor start to the Serie A season, sitting eighth after two wins from their first seven matches. They lost at bottom-of-the-table Monza before the break, and they also suffered defeats in their opening two Champions League matches.

There are a few good managers currently out of work but Juve are said to be keen on Antonio Conte. And, according to the Daily Mail, the Tottenham boss quite fancies a return to the club he previously played for and managed.

Conte is yet to commit to Spurs beyond the end of the current season while the Italian has been spotted in Turin during the international break, visiting his wife and daughter who still live in the city.