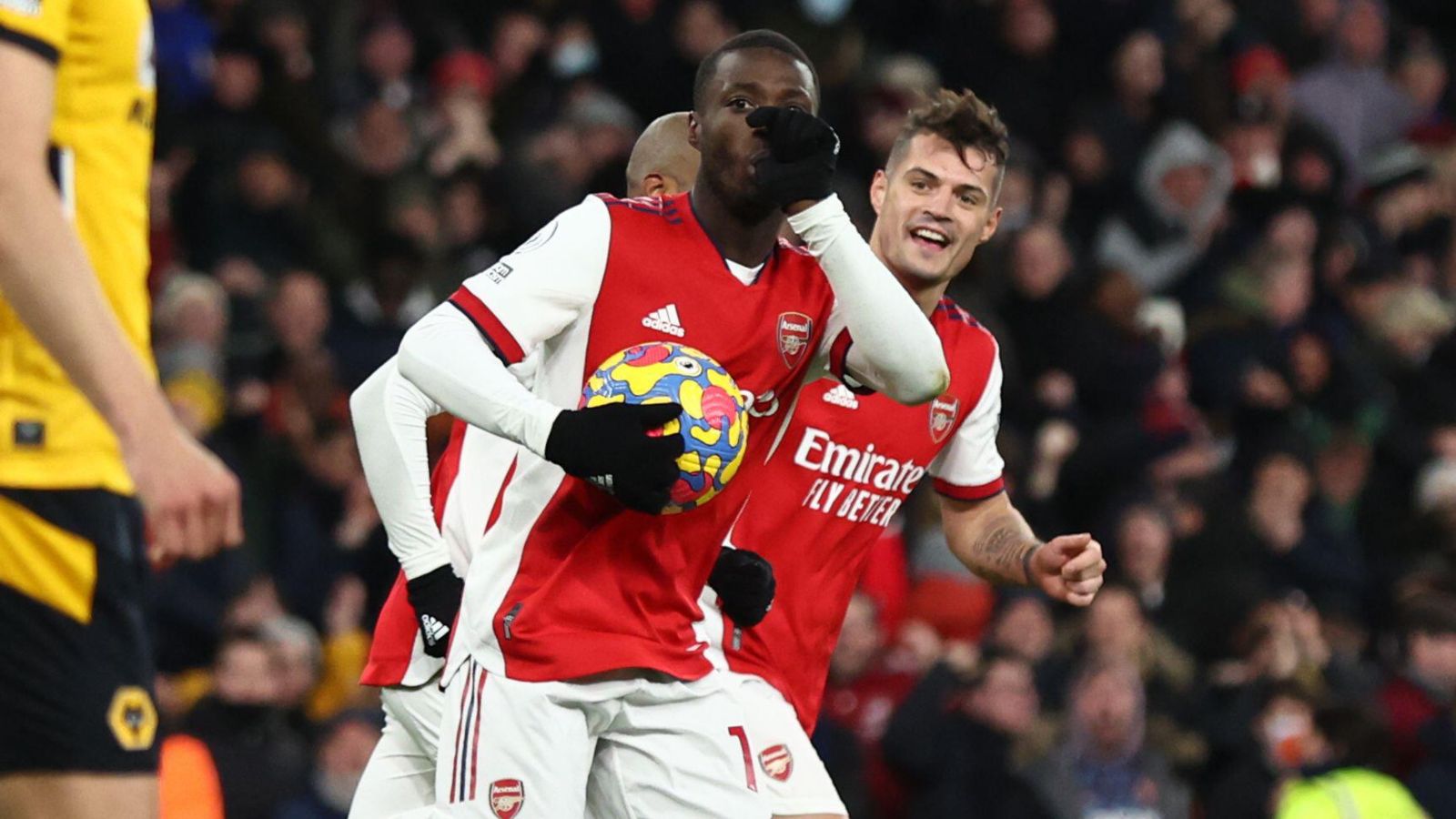 Barcelona have turned to a Chelsea in their search for a striker, while Arsenal have offered Nicolas Pepe to a Premier League club…

BARCELONA ON ‘PLAN C’
Barcelona want to bring Chelsea flop Romelu Lukaku to the Camp Nou after giving up on other striker targets, according to reports in Spain.

The Catalan giants had been in pursuit of Borussia Dortmund’s Erling Haaland – who now looks likely to sign for Manchester City in the summer – and Bayern Munich’s Robert Lewandowski but Spanish newspaper Marca insist it will be ‘very difficult’ for Barca to get either of those targets.

Instead, they have ‘set their sights’ on Lukaku at Chelsea as their ‘Plan C’ with the Belgium international ‘not comfortable’ at Stamford Bridge. He was brought in from Inter Milan in the summer for £97.5m but has scored just 12 goals in 40 appearances for the Blues this term.

Marca add that ‘everything indicates that he will leave’ Chelsea in the summer and there would be ‘several interested teams’. Barcelona director of football Mateu Alemany and sporting advisor Jordi Cruyff have ‘already met’ with Lukaku’s agent to explore a possible deal but there is a suggestion a transfer could be beyond the Catalans depending on the asking price.

Barcelona will wait to find out the outcome of Chelsea’s takeover bids while president Joan Laporta continues to work out Barca’s summer transfer budget.

ARSENAL DESPERATE TO OFFLOAD PEPE
Arsenal look set to make a huge loss on Nicolas Pepe this summer as they prepare for his exit, according to reports.

The Gunners brought the Ivory Coast international to the Emirates Stadium back in 2019 for a huge £72m fee with the winger not living up to expectations. Pepe has scored 27 goals in 109 appearances since joining but he has only managed one Premier League goal in 17 appearances this season and now Arsenal are ready to sell up.

The Daily Express claims that Arsenal ‘are now looking to finally part ways with the former Lille winger, and they are even offering him to Premier League rivals to get him off their books’. It is understood that the north London club is ready to sell him for £25m, which would be a £47m loss after just three years.

Pepe has fallen down the pecking order at Arsenal with emergence of youngsters like Emile Smith Rowe, Bukayo Saka and Gabriel Martinelli with reports that West Ham are interested in him. Arsenal boss Mikel Arteta has seen ‘no advancements’ from Pepe this season and he is ‘ready to sell’ with the 26-year-old entering the final two years of his contract at the end of the season.

NEWCASTLE FLASHING THE CASH
Newcastle United have made a ‘huge’ offer to tempt Paulo Dybala to St James’ Park in the summer transfer window, according to reports.

Manchester United, Arsenal and Tottenham have all been linked with a move for the Juventus striker, who is out of contract in Turin at the end of the season. Dybala has bagged 114 goals in 288 appearances – including 14 this season – for Juventus since joining from Palermo in 2015.

Football Insider insist that Newcastle ‘have submitted a blockbuster offer’ for Dybala as they use ‘their Saudi backing to sensationally try and win the race for the playmaker’. A Magpies source has told the website that the Geordies ‘are willing to make him their highest-ever paid player to lure him to England’ in a deal worth more than £200,000 a week.

As well as top Premier League sides, Dybala is ‘wanted by top Italian and Spanish clubs’ and Newcastle are described as ‘unlikely contenders given their season spent trying to avoid Premier League relegation’. It looks unlikely Dybala will renew at Juve with talks over a new contract recently breaking down.

AND THE REST…
Manchester City may consider the sale of Riyad Mahrez this summer…Pep Guardiola will not rush into extending his contract at Manchester City in the wake of Jurgen Klopp’s new deal at rivals Liverpool…Manchester City remain focused on extending Phil Foden’s deal until 2027…Leeds United midfielder Kalvin Phillips is set to change his agent in a bid to secure a move away, with Manchester United working on a deal for the 26-year-old….Liverpool could move for Borussia Dortmund midfielder Jude Bellingham, with several of their current players’ contracts running down.