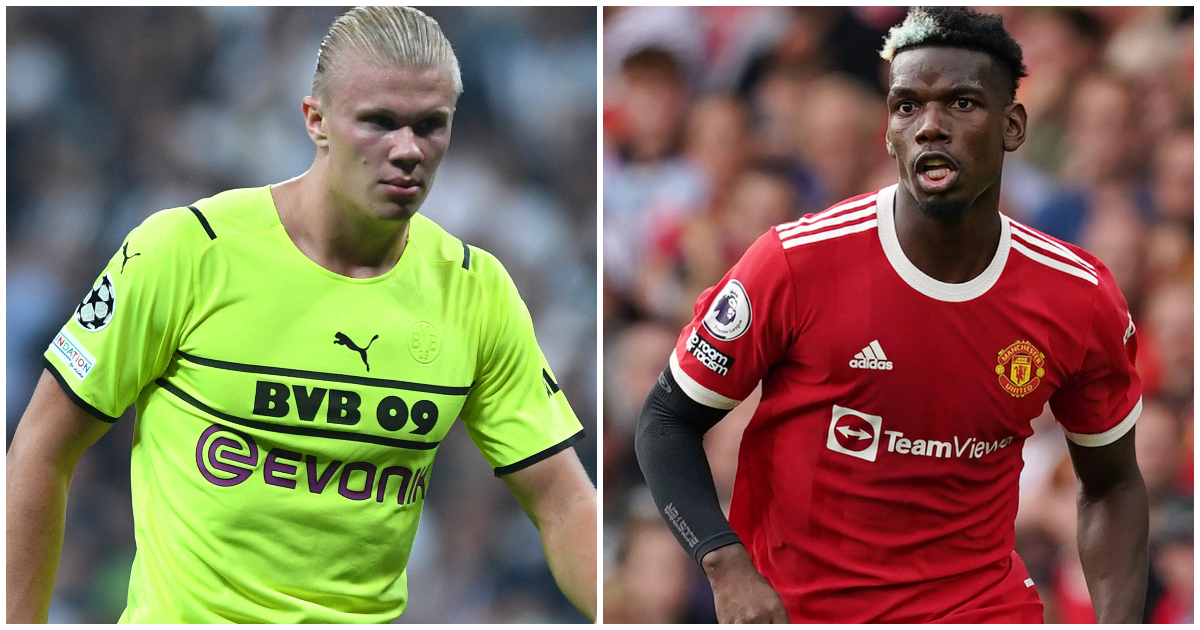 BARCELONA TARGET HAALAND AND POGBA
Barcelona might be on the bones of their arse, but they aren’t letting a little thing like crippling debt stop them in their transfer ambitions…

Haaland will be available for around £77million, though Barca will be one of many clubs hoping to tempt the Borussia Dortmund striker away from Germany.

At least Pogba wouldn’t cost a transfer fee, but his wages will be huge. The Daily Express says Manchester United are willing to make the midfielder the highest-paid player in the Premier League on a deal worth more than £400,000-a-week.

Since Mino Raiola is said to be looking for an even higher salary for Haaland, Barca may need to rein it in since they can barely afford to pay the players they currently have.

BARCA EYE JANUARY MOVE FOR STERLING
Barca also continue to be linked with a move for Raheem Sterling.

The Manchester City winger is talking over a new deal at the Etihad with his current terms due to expire in 2023.

Those discussions, though, appear to be making little headway and the feeling is that Sterling could leave City before next season.

Sport reckons the Nou Camp is the ‘ideal destination’ for Sterling to get back on track having fallen down the pecking order at City and a January bid may be forthcoming.

The France winger is under contract at Bayern Munich until 2023 but renewal talks are progressing slowly. If at all.

Liverpool, Tottenham and Juventus are all keeping a close eye on Coman’s situation, according to Fichajes, while The Mirror is chucking Chelsea’s name into the mix too.

CHELSEA AMONG FRONTRUNNERS FOR MONACO STAR
Chelsea and Juventus are also expected to lock horns over Aurelien Tchouameni.

Juve are 18th in Serie A and winless after drawing with AC Milan on Sunday night. So the need for quality reinforcements is clear.

Tuttomercatoweb says the Old Lady will have to see off Chelsea among a number of other clubs if they hope to land Monaco starlet Tchouameni.

Leicester midfielder Youri Tielemans is also named as a target, though Juve would have to sell Aaron Ramsey or Weston McKennie first.