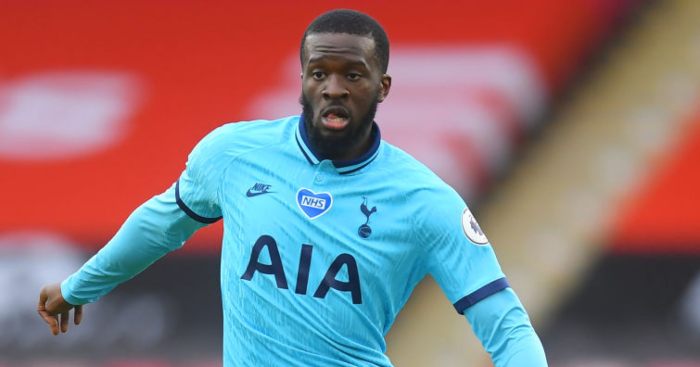 Barcelona appear to have missed their chance to sign Tanguy Ndombele…

The Catalans were keen on the Spurs star this summer when they were looking for a central midfielder. Ultimately, they could not afford Ndombele but, apparently, they have plans to try again next year.

That’s the word according to Fabrizio Romano. The Italian journalist said on his ‘Here We Go’ podcast: “They were looking for a midfielder like Wijnaldum and they were considering a move for Ndombele next summer, like in June or July. For January, Spurs fans can be sure the player is not going anywhere.”

If Barca could not afford Ndombele last summer when Spurs might have been happy to write off the £52million midfielder, he certainly won’t be any cheaper now he’s proving useful for Jose Mourinho.

Like Ndombele, Luka Jovic endured a miserable debut campaign for his new club last season. But the Real Madrid striker hasn’t shown many signs of being able to turn his fortunes around just yet.

The Serbia star, who was linked with Manchester United during the summer, scored only two goals last term after moving to Real from Eintracht Frankfurt for around £52million. In his second year in Spain, he’s yet to find the net.

The doesn’t seem to be putting off clubs in Italy. Calciomercato reckons AC Milan and Napoli are both exploring the possibility of offering Jovic a fresh start when the transfer window reopens in January.

READ MORE: Sorry excuses are the only ones left for Solskjaer

The Mexico international has played in central defence and midfield since moving to Amsterdam from Club America last year and like anyone who strings together a few decent performances for Ajax, the 23-year-old is catching the eye of clubs across Europe.

Alvarez says it is ‘a dream’ of his to play in the Premier League.

“Manchester City is my favourite club, so that would be perfect,” he told Voetbalzone.