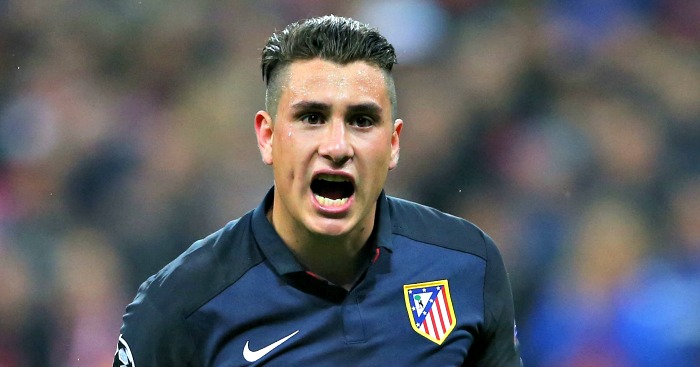 CHELSEA TARGET ATLETICO ROCK
Instead of just buying up all of the top attacking talent in Europe, Chelsea finally appear to be making strides to improve their woeful defence. And Frank Lampard is reportedly keen on Atletico Madrid centre-back Jose Gimenez, according to The Telegraph.

The Uruguayan has missed much of the season through injury but is a key part of Diego Simeone’s defence when fit. Lampard and Chelsea would certainly benefit from some Simeone solidity in their backline.

The 25-year-old – previously linked to both Man Utd and Liverpool – has a buyout clause of £109million, a price surely out of even Chelsea’s range, despite them having seemingly endless money to spend this summer.

The report goes on to claim that Lampard will have to sell at least one of his other centre-backs to make room for Gimenez. We suggest a quick game of eeny, meeny, miny, moe.

ZANI-OH-NO
Tottenham are said to be ‘tracking’ Roma star Nicolo Zaniolo, but not to sign him this summer, but as a ‘potential future signing’. But both Juventus and Inter Milan are very keen to sign the 21-year-old now, so even if he does leave, Spurs will likely miss out.

The report claims Spurs offered Roma £30million for the midfielder last summer but the bid fell considerably short of their asking price, which is thought to be anywhere between £50million and £70million. Liverpool and Man Utd have both also recently been linked with him.

Roma boss Paulo Fonseca has denied a rift between himself and the young Italian, claiming “he is key to our project”. And Zaniolo himself has compared playing for the Serie A side with a great romance. “It’s like when you fall in love,” he wrote on Instagram. “You feel good together, she brings out the best in you and you want to be seen with her. It’s the same thing. Really, I love this shirt.”

The 16-year-old – who has scored 600 goals in the last six years – has reportedly grown frustrated by a lack of opportunity for City’s U18s team and nearly moved to the Bundesliga – which sounds familiar – with RB Leipzig interested in doing a deal.

But United have now come to the party, and look set to do a deal with McNeill refusing to sign a new contract with City, who will include multiple performance-related clauses in the deal should McNeill join United.