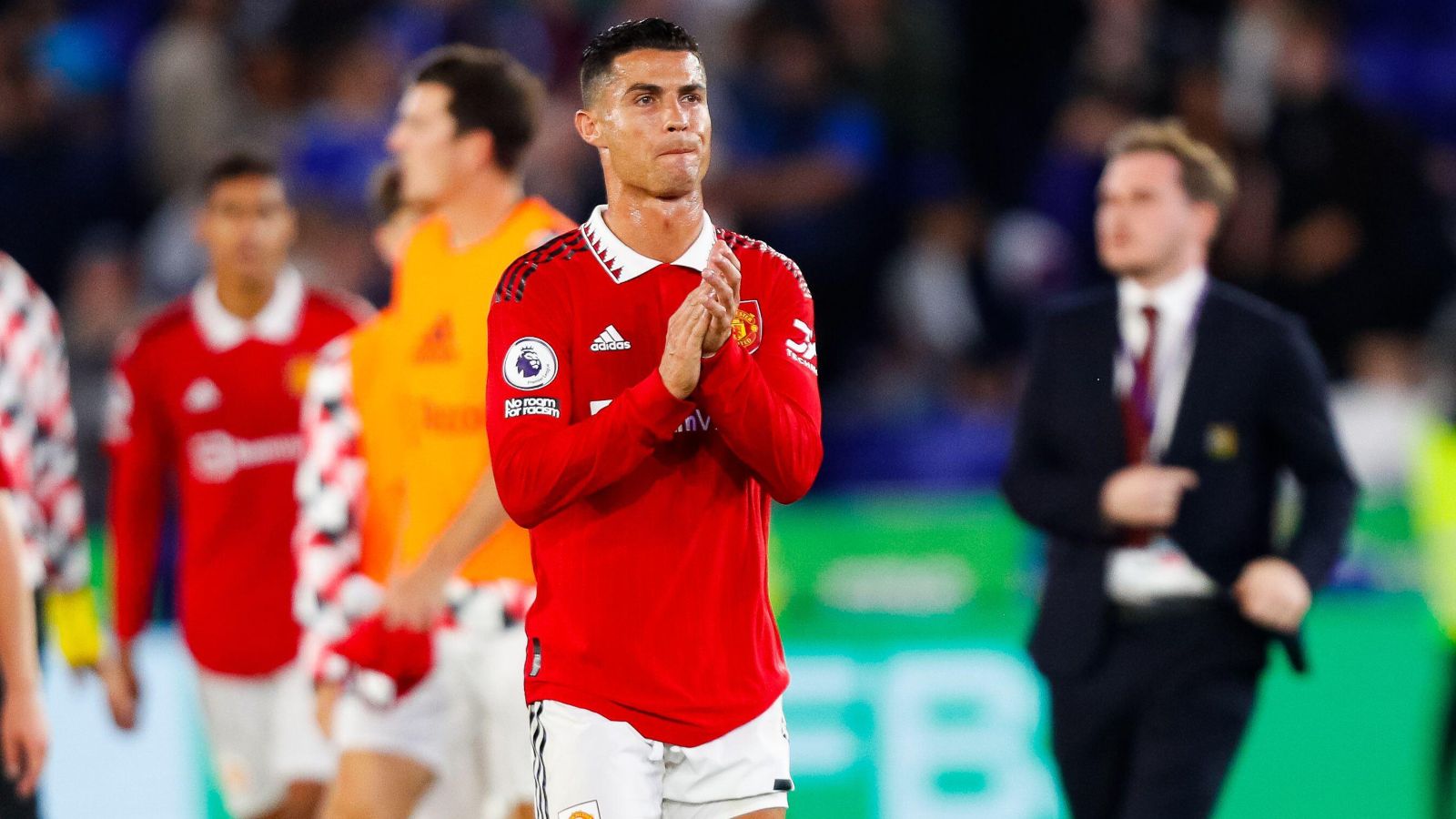 Chelsea had a late €80m bid turned down for an attacker, while there’s more news about the future of Man Utd striker Cristiano Ronaldo…

And they could’ve spent even more, according to Sunday Times journalist Duncan Castles, who claims that Chelsea offered Milan €80m for Leao on Thursday. Their bid was turned down by the Serie A giants and they also rejected a proposal to include players.

RONALDO MYTHS
There were many rumours surrounding Cristiano Ronaldo and his future at Man Utd his summer with the Portugal international calling out the “lies” on a couple of occasions.

Ronaldo asked to leave the club earlier in the summer transfer window when he made it clear that he wanted to play Champions League football this season, which is something Man Utd can’t offer. However, as the window came to a conclusion it was clear that Ronaldo was going nowhere.

There seemed to be little interest from other clubs in his services despite Jorge Mendes’ best efforts to drum up business around Europe. One late rumour was that he could be involved in a sort of swap deal with Napoli striker Victor Osimhen. Reports claimed that Napoli wanted Man Utd to pay all of his wages for the duration of a loan, while the Red Devils fork out €100m for the Nigeria international.

But Napoli director Cristiano Giuntoli now claims there was never anything “concrete” over Ronaldo, he said: “Cristiano Ronaldo to Napoli? He is an extraordinary player, there was nothing true. We have an excellent relationship with Mendes, but there was nothing concrete.”

Similarly, he was linked with a move to Bundesliga giants Bayern Munich but Bayern Munich sporting director Hasan Salihamidzic also insisted that Ronaldo was never an “option” for them this summer.

Salihamidzic said: “He’s an incredibly big personality. A big player who has made his mark on the world of football in recent years. It wasn’t an option for us because we were doing other things and before that we organized our offensive in such a way that they But you don’t have to feel sorry for him. He’s a great footballer who has achieved great things in recent years.”

AND THE REST…
Aston Villa rejected three bids, including a final offer of £25m, from Arsenal for Brazil midfielder Douglas Luiz on deadline day…Watford stood firm in keeping Ismaila Sarr despite receiving a £25m bid from Aston Villa and enquiries from Crystal Palace…Ajax blocked Chelsea from signing midfielder Edson Alvarez because the Dutch club felt they had lost too many players this summer…Lyon midfelder Houssem Aouar will stay at the club, despite reaching an agreement to join Nottingham Forest and having interest from Fulham…Blackburn Rovers will consider pre-contract offers for Ben Brereton Diaz in January after the club rejected bids of £12m from Fulham and Everton.