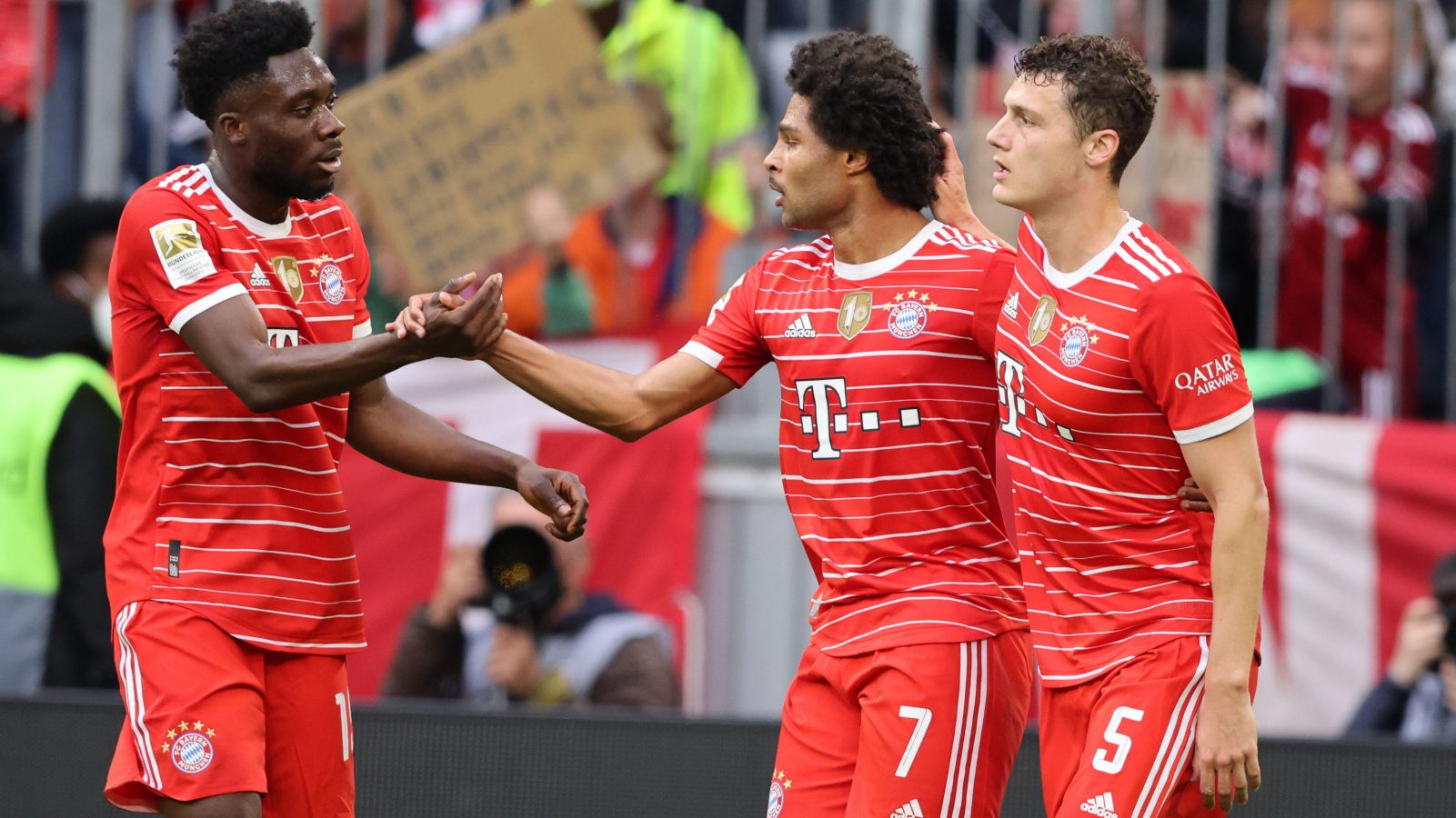 Chelsea are keen on Benjamin Pavard, who quite fancies a move to Stamford Bridge, but there’s a hitch. Also: an update on Man Utd and Benjamin Sesko…

PAVARD KEEN ON CHELSEA MOVE
Whisper it quietly in case Barcelona get wind of it, but Chelsea are said to be keen on Bayern Munich defender Benjamin Pavard.

There has been talk of the Blues being interested in the France star, and having now missed out on Jules Kounde, Thomas Tuchel is said to be zeroing on the 26-year-old.

Pavard has spent most of his career as a right-back but it would appear he fancies a change of role, with centre-back now said to be his preferred position. Which suits Chelsea down to the ground.

And, according to Bild, the Blues’ interest in Pavard is most welcome. Apparently he would be keen to link up with Tuchel at Stamford Bridge if Chelsea come forward with a suitable offer.

But the same report suggests Bayern are expecting him to stick around, at least in the short term while new signing Noussair Mazraoui adapts to the Bundesliga.

REAL INTEREST IN BLUES STRIKER
While Chelsea are trying to recruit defenders, Tuchel could be shedding forwards…

The Evening Standard claims the Blues have been fielding enquires from Real Madrid over the availability of Armando Broja, who spent last season on loan at Southampton.

Chelsea were open to offers for the Albania striker at the start of the summer, but Tuchel has been preparing for the start of the season with Broja in his plans, even if Real, Everton, Newcastle and ‘several’ clubs in Italy remain interested.

Timo Werner may also be on his way, with Bild reporting that the Germany striker has accepted a 50 per cent pay cut to return to RB Leipzig. A loan deal with a purchase clause is in the pipeline.

UNITED WAY OFF SESKO DEAL
There have been a few whispers around Manchester United’s interest in Benjamin Sesko in recent days. Apparently, the Red Devils have met with the RB Salzburg striker’s agent to discuss a move to Old Trafford.

That’s the word according to the Manchester Evening News, which offers details of a meeting on Wednesday between John Murtough and Elvis Basanovic, the 19-year-old’s representative.

Reaching an agreement with Salzburg is likely to be far more difficult since they are expecting at least £55million for the teenager, which The Telegraph says is ‘far more than United would be willing to pay’.