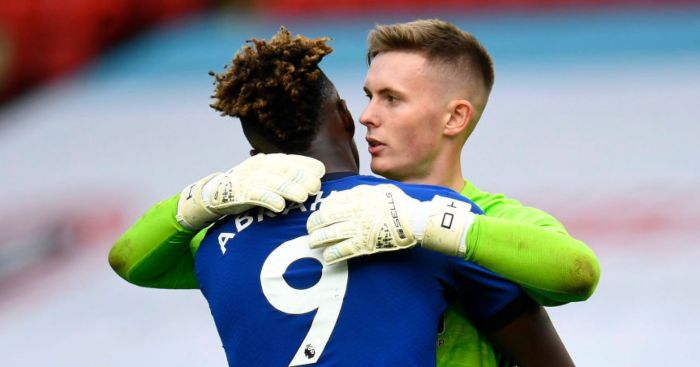 If Man Utd are not careful, they could lose Dean Henderson to Chelsea. And an ambitious Liverpool want £6m for Loris Karius.

HEND OF THE ROAD
Ole Gunnar Solskjaer has a decision to make. And Chelsea seem happy to make it all the more difficult. They ‘are prepared to more than double’ what Dean Henderson earns at Man Utd.

Chelsea were properly linked with the player as far back as March in their search for someone slightly more reliable than Kepa. He seems to have been struck down with the same strand of Spanish goalkeeping flu as David de Gea, whose place at Old Trafford is under immense threat.

Henderson is ‘desperate’ to feature for Man Utd but, according to the Manchester Evening News, ‘will seek a permanent move elsewhere’ if the plan is to flog him off on loan again.

The exclusive adds that Chelsea ‘have made contact with Henderson’s representatives’ with their offer of a £170,000-a-week wage. Solskjaer will lose him if he isn’t careful.

MARC OF THE MAN
Chelsea are certainly exploring their options. Henderson seems to be their primary target but they have an ‘impossible dream’, too.

That pertains to Marc-Andre ter Stegen, whose Barcelona contract talks ‘are closely monitored’ by the Blues. Mundo Deportivo include a line about the Daily Telegraph suggesting Kepa could be involved in a swap deal but that seems unlikely.

What’s more, Barcelona ‘have no news’ of Chelsea’s interest and consider Ter Stegen to be ‘not transferable’ in any event. So Frank Lampard could turn his attention to the similarly unattainable Jan Oblak. Or start the season with Willy Caballero in net.

KARIUS ALL
If all else fails, they could throw £6m in Liverpool’s direction to sign Loris Karius. That is the sum Goal say the Reds ‘will demand’ to sell him.

Karius is in Germany after choosing to terminate his two-season loan at Besiktas in May, with Liverpool having told him he is free to leave. Hertha Berlin and Montpellier are interested but must pay more than Liverpool did to Mainz for the keeper in 2016.

Goal themselves say that valuation ‘could yet prove a sticking point’. There is every chance Karius is still a bit broken.

READ MORE: Ten players who have slumped massively since 2018