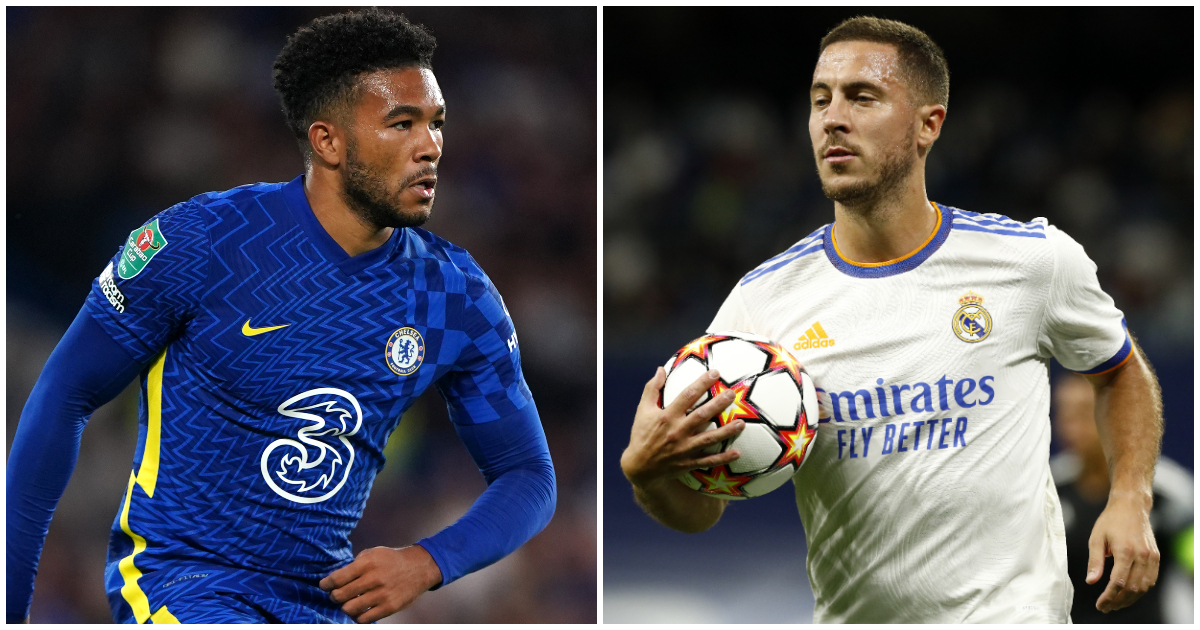 Real Madrid are keen on Reece James but the defender might cost them Eden Hazard and a few million in cash. Also: Jurgen Klopp loves Ousmane Dembele. Pass it on…

CHELSEA ASK ABOUT HAZARD RETURN
Having re-signed Romelu Lukaku in the summer, Chelsea are said to be looking to bring back another of their former stars…

Apparently, the Blues have already made enquiries over the possibility of reunion with Eden Hazard. The Belgium winger was brilliant for Chelsea before going to Real Madrid in 2019, since when he has stunk out the Bernabeu.

El Nacional reckons Roman Abramovich believes Hazard’s struggles to be just a phase and that the winger could once again recapture his best form back at Stamford Bridge.

Real would be open to a deal, but perhaps not at the terms Chelsea are offering.

The story goes that the Blues are only willing to pay £34million for Hazard – around a third of the fee Real stumped up a couple of years ago. There might be a compromise, though…

Real need a right-back and may ask for an exchange with Reece James. Chelsea, apparently, value the 21-year-old at around £38million so could demand that Real stuff Hazard’s pockets with cash before sending him back to the Bridge.

LIVERPOOL IN LOVE WITH BARCA FLOP
Another winger who has struggled in Spain is Ousmane Dembele. But that, and a long-term knee injury, isn’t stopping the France international from being linked with Europe’s big-hitters.

Dembele is out of contract at Barcelona next summer so the Catalans are understandably keen to rake in a fee in January. Manchester United, Manchester City and Juventus have all been linked, and so too now have Liverpool.

Mundo Deportivo has taken a line from our friends at TEAMtalk which says the Reds want to sign Demebele on a free next summer, while adding that Jurgen Klopp is ‘in love’ with the 24-year-old. Which really would be a story.

Bayern Munich are also interested and, of course, Newcastle are now in the running to sign Dembele, who hasn’t played this season.

LAMPARD THE LEADING MAN FOR NEWCASTLE
Speaking of Newcastle, let’s see who else the Saudis are buying today…

The Sun reckons Jesse Lingard could be available for £15million in January while the clock ticks down on his Manchester United contract, while Fichajes throws the names of Gareth Bale, Luka Jovic and Philippe Coutinho into the mix too.