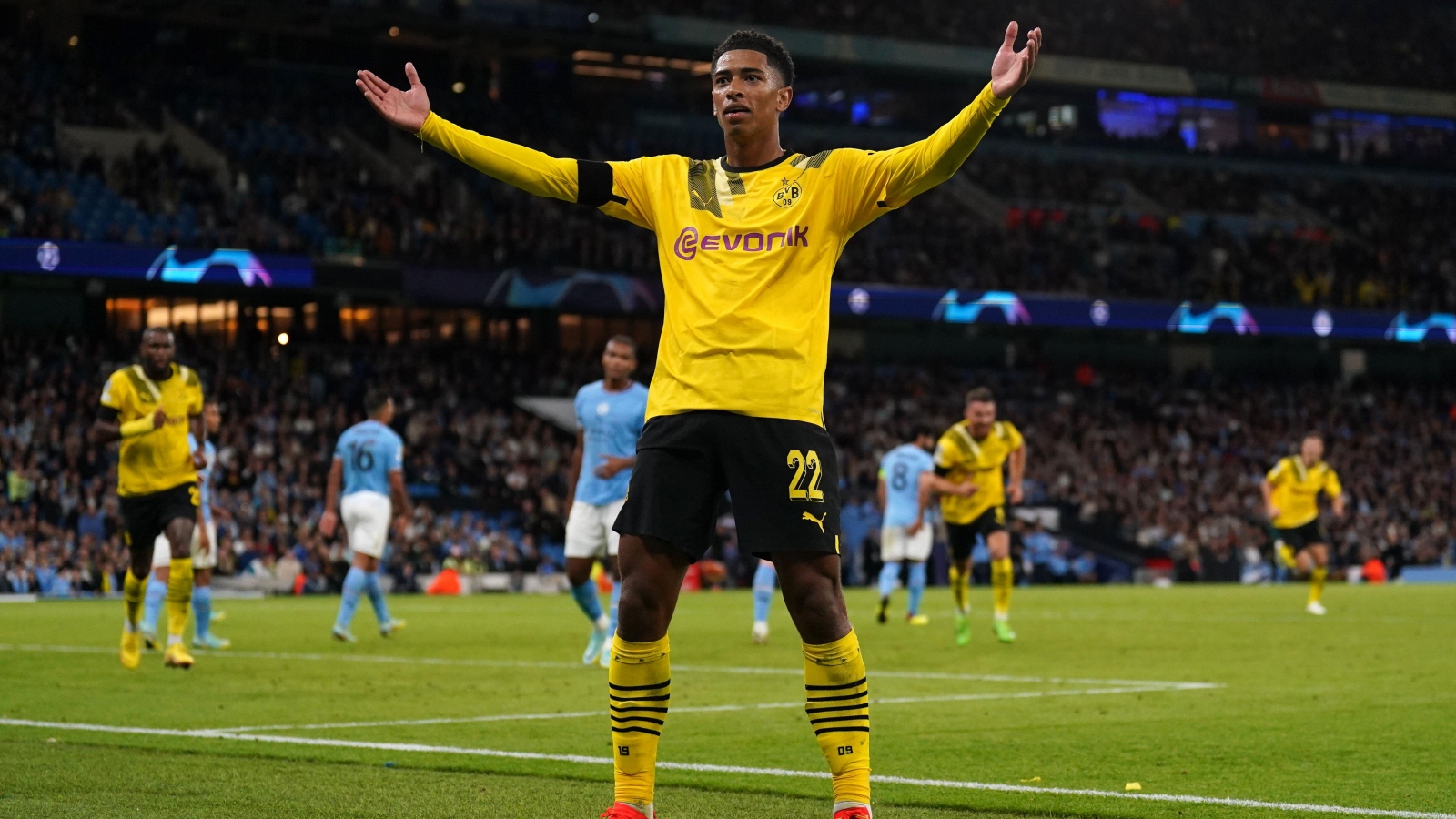 CHELSEA JOIN BELLINGHAM RACE
Chelsea might be playing catch-up in the race to sign Jude Bellingham but Todd Boehly reckons there is plenty of time for the Blues to pip the other contenders to sign the Borussia Dortmund target.

Bellingham will be one of the hottest properties on the market when Dortmund offer him for sale next month. Liverpool and Real Madrid have been working on a deal ‘for months’ but The Telegraph says Boehly is confident of worming his way in with Dortmund and Bellingham’s people.

Chelsea are said to be ready to cough up £130million, with Manchester City also expected to make a decisive move to reunite Bellingham with Erling Haaland.

Boehly is determined to spend big on a young midfielder next summer, with Declan Rice remaining a target. Chelsea are also continuing to watch Christopher Nkunku at RB Leipzig, while Boehly is aware of the potential need for a new goalkeeper, with Edouard Mendy refusing to sign the current deal on the table, while Kepa Arrizabalaga was available for sale through summer.

ARSENAL TO OFFER CUT-PRICE LUIZ DEAL
Arsenal are also in the market for a midfielder and the Gunners still have Douglas Luiz in their sights.

Aston Villa received a couple of bids in the final hours of the summer window which were rejected, with the Villans of the belief that Luiz could still be persuaded to sign a new contract.

The Brazilian’s current terms expire at the end of the season and it is looking increasingly like he will keep his options open. The Sun reckons Arsenal will make a third offer in January, but with free-agency looming for Luiz, their new bid will be lower than the £23million that was on the table at the start of the month.

Arsenal apparently reckon £15million would be a fair price to pay for a 24-year-old with half a season remaining on his contract, and Luiz is known to fancy a move to the Emirates.

ATLETICO EYE DE GEA DESPITE OBLAK DEAL
David De Gea is also approaching the end of his current deal but the Spanish keeper is waiting to hear if Manchester United plan to take up their option to extend his terms for a further 12 months.

There is a fair chance they won’t since De Gea is on silly money, with United apparently looking at Jan Oblak, Emi Martinez and Jordan Pickford.

Spurs are also considering a move for Oblak, who himself is close to becoming a free-agent. So Atletico Madrid could replace the Slovenian in their sticks with De Gea.

That’s the claim from 90min, despite the belief that Oblak is tied to a new contract at Atletico. But the 29-year-old is apparently unsettled in Madrid and fancies a move. Should Oblak leave, then Atletico will offer De Gea the chance to return to Spain.