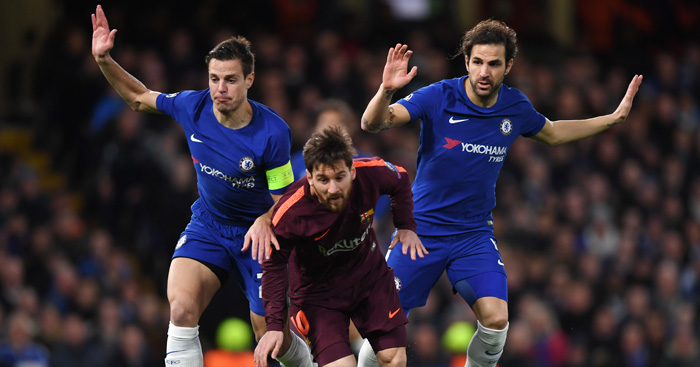 Chelsea in Messi exploration, Pogba to snub Madrid and Juventus…

POG OFF!
Six months ago, it seemed Paul Pogba was nailed on to leave Manchester United. The World Cup winner was injured, United were playing some very average football and the grass looked greener almost anywhere else.

Former club Juventus and Real Madrid have both frequently expressed an interest in Pogba, with new Juve boss Andrea Pirlo reiterating the club’s desire to bring the midfielder back to Turin.

But now, following the signing of Bruno Fernandes, the future is bright at United. It may be even bit brighter if they signed a player or two, but Pogba and – just as crucially – Mino Raiola are happy with the situation in Manchester, acccording to ESPN.

Raiola said United “won’t accept any offer for Pogba this summer” and insists his client will “commit himself to the project”.

Pogba has entered the final year of his contract, and although United hold an option to extent his stay until the end of the 2021-22 season, talks of a new deal are reportedly ongoing.

MESSI EXPLORATION
Ronald Koeman made an odd statement having been announced as Barcelona boss. He was always going to be asked about the future of Lionel Messi, and said: “If he’s at the ability and level he has always shown I’d be more than happy for him to stay.”

Perhaps not the vote of complete confidence Messi was hoping to hear from his new boss. This led to rumours that Messi was ‘more likely to leave’ than to remain at the Nou Camp.

Manchester City were predictably the first club to be linked with the great man, with Pep Guardiola as boss. But Chelsea are now said to be ‘exploring the possibility’ of signing Messi.

That’s according to Sport who claim Frank Lampard ‘would be interested if Messi became available’. The £631million release clause that Barcelona are said to be unwilling to negotiate might just be a sticking point, but it’s a nice thought.

IKONE TO LEICESTER
Leicester look set to beat Chelsea and Inter Milan to the signing of Jonathan Ikone, as they are the club ‘most likely to weigh in with a firm offer’.

Le10Sport (via ESPN) claims Brendan Rodgers is desperate to ‘add another dimension to his attack’ and sees the Lille attacking midfielder – who’s scored four goals and claimed seven assists this season – as the man for the job.

Ikone has just one year left on his Lille contract, and the Ligue 1 club – who have a number of players attracting interest from top clubs in Europe – are likely to want to cash in now rather than lose him for nothing next summer.