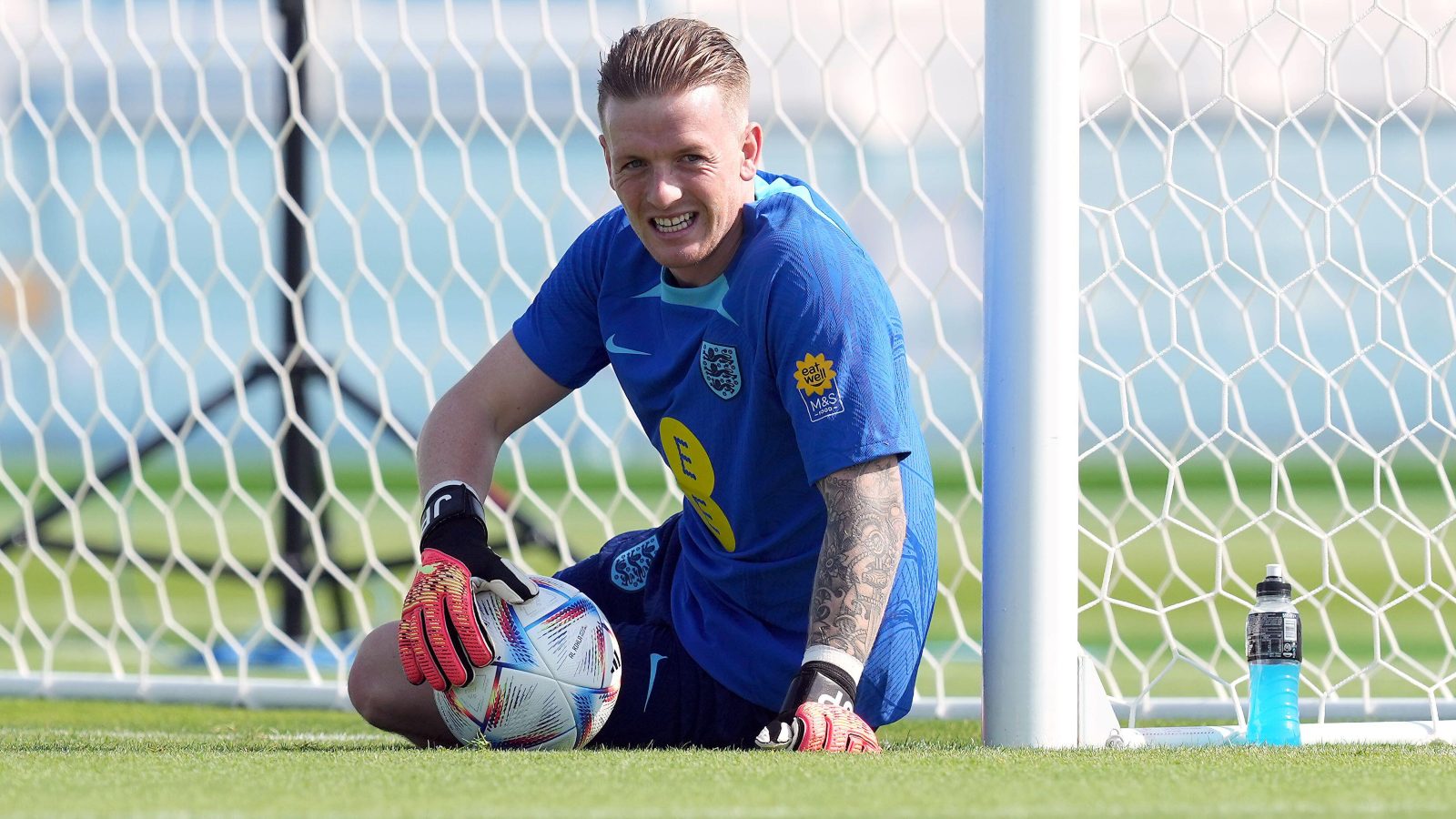 Chelsea want a trio of Premier League stars, while Man Utd are set to increase the wages of one of their youngsters tenfold…

CHELSEA READY TO MAKE JANUARY MOVES
The Blues could be in the transfer market for a new goalkeeper in January with Graham Potter keeping tabs on Everton goalkeeper Jordan Pickford, according to reports.

The Sun insists that current goalkeepers Kepa Arrizabalaga and Edouard Mendy are ‘yet to convince the new regime’ at Stamford Bridge that they are good enough moving forward.

Pickford is at the World Cup with England, where he should start their first game of the tournament on Monday when the Three Lions face Iran. The former Sunderland keeper has made the odd error during his time at Goodison Park but he’s been brilliant when called upon by England.

And The Sun add that Todd Boehly will be watching Pickford closely at the World Cup and that Everton ‘could sell’ Pickford ‘to balance their books and lose a big wage’.

Pickford is ‘happy to stay’ at Everton but ‘a pay rise and the chance to play at the top end of the Premier League and in Europe would appeal’.

Cristiano Ronaldo is another player who has been linked with Chelsea in recent times with the Man Utd striker now burning all his bridges at Old Trafford.

His controversial interview with Piers Morgan a week ago, in which he criticised the club and manager, will no doubt lead to his exit.

The Daily Mirror claims Man Utd are ‘facing an agonising Catch-22 situation’ if they terminate Ronaldo’s contract with the Portugal international then free to pursue a move to a Premier League rival.

And the report adds that Chelsea ‘are ready to step in if Manchester United follow through with their plan to sack’ Ronaldo with a move to Sporting Lisbon unlikely to materialise.

The Daily Mail makes it a hat-trick of Chelsea stories in the Sunday newspapers with the Blues ‘weighing up a move for Aston Villa winger Leon Bailey’.

Chelsea are looking at replacements for Christian Pulisic with the London club ‘anticipating interest’ in the USA international after the World Cup.

Bailey is ‘under consideration’ with the Jamaica international ‘close friends with Raheem Sterling and Chelsea would hope the two can strike up a similar rapport on the pitch’.

The Daily Mail adds: ‘Wealthy Villa do not need to sell Bailey but will back new boss Unai Emery in the transfer market’.

MASSIVE SALARY INCREASE FOR MAN UTD STARLET
Man Utd starlet Alejandro Garnacho is ‘close to landing a bumper new contract’ at Old Trafford with the youngster set to be rewarded for his impressive start to the season.

The Argentina under-20 international has now made ten senior appearances for the Red Devils with his latest fixture against Fulham last weekend.

Garnacho scored the winning goal late on to snatch all three points for Man Utd with the 18-year-old proving useful in the first half of the season.

He was given his first ever Premier League start earlier this month in a 3-1 loss to Aston Villa before climbing off the bench in a 4-2 victory against the same opposition, in the Carabao Cup a few days later, to change the game with two assists.

And now he is about to be rewarded with a huge new contract that will increase his current £5,000-a-week salary to £50,000 a week.

Man Utd want to ‘reward him for his explosive emergence on the first-team scene under [Erik] Ten Hag’ and ‘negotiations are well underway with Garnacho’s representatives and the United hierarchy are optimistic they will be successfully completed before the end of the year’.

AND THE REST…
Brighton midfielder Billy Gilmour is open to a move to a European club on loan after struggling for action since joining the south coast club…Paris Saint-Germain forward Lionel Messi could join former boss Pep Guardiola at Manchester City if he cannot win this World Cup with Argentina…Liverpool manager Jurgen Klopp has revealed he left Borussia Dortmund earlier than planned to help the German club land Thomas Tuchel as his successor…Former Paris Saint-Germain boss Mauricio Pochettino has suggested that Kylian Mbappe wanted to leave the club last summer to join Real Madrid.