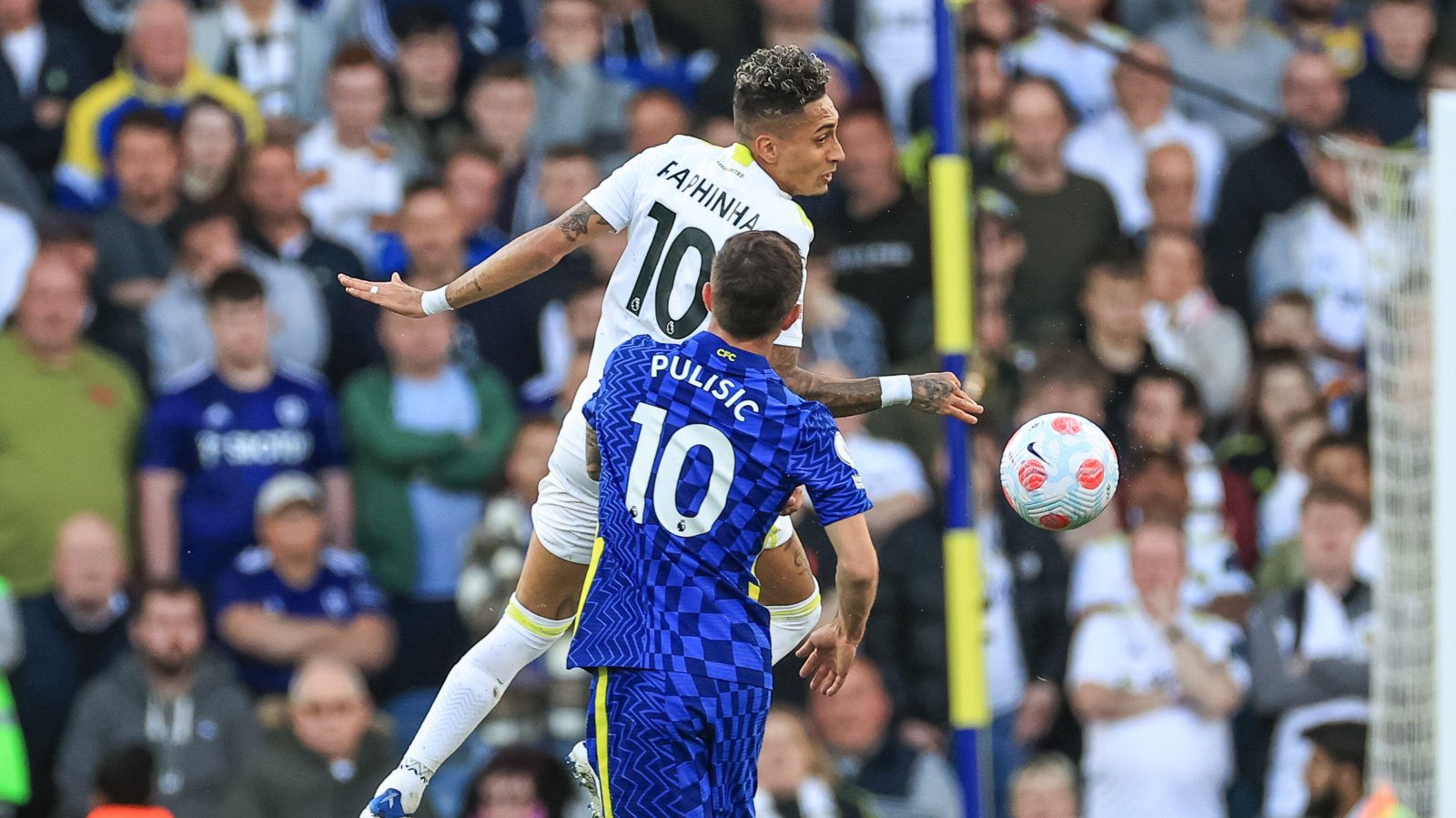 Chelsea are on the verge of signing Raphinha so Tottenham have a free run at Richarlison while Manchester United go double Dutch.

CHELSEA GETTING BUSY
Well, well. That escalated fast. It seems that Chelsea want both Raheem Sterling (will he help separate the wheat from the chaff?) and Raphinha and that a deal for the Leeds winger is very close to completion. The Yorkshire club have accepted a bid worth £55m (according to the Telegraph) for the Brazilian and now it’s time to talk personal terms. Sorry Arsenal, but Chelsea have moved ahead. As soon as Raphinha accepts that Barcelona are a pipe dream, he will be on his way to Stamford Bridge.

Then Chelsea will concentrate on centre-halves with names being mentioned now Kalidou Koulibaly, Matthias de Ligt, Nathan Ake and Jules Kounde. The Blues want two of that four. Will we all start talking about a title challenge again?

Meanwhile, the Daily Mail claim that Chelsea have resumed talks with Juventus over a potential swap deal involving Christian Pulisic plus money for De Ligt. The Italian giants would prefer Pulisic to Timo Werner, who has also been mentioned.

MANCHESTER UNITED SEEING DOUBLE DUTCH
What a lovely coincidence that Frenkie De Jong’s agent is also the agent of Tyrell Malacia, the Feyenoord full-back who looks set to become a Manchester United player after the two clubs agreed a £13m fee. Now it’s just time to talk personal terms and that seems unlikely to be a problem.

Meanwhile, Manchester United still don’t have an agreement with Barcelona for De Jong, who is likely to cost an initial £56m. Negotiations are ongoing about the £17m of bonuses; will they be of the unattainable Anthony Martial type or the box-tick Darwin Nunez style?

RICHARLISON STILL TOTTENHAM-BOUND?
This is how you do old school business. Spurs chairman Daniel Levy and Bill Kenwright met for dinner on Monday night, according to the Daily Mail, and discussed a proposed £60m move for Brazilian Richarlison. Levy is obviously trying to throw in some of his unwanted players but it seems that proposals involving Harry Winks and Steven Bergwijn have been shelved.

The latter would apparently prefer to move to Ajax or another Champions League club, which seems absolutely fair enough. As for Winks…the Athletic claim that both clubs would favour a loan to buy arrangement, which would push on the financial payment to the next financial year.

Richarlison looks more and more likely though, especially with Chelsea moving for Raphinha instead.