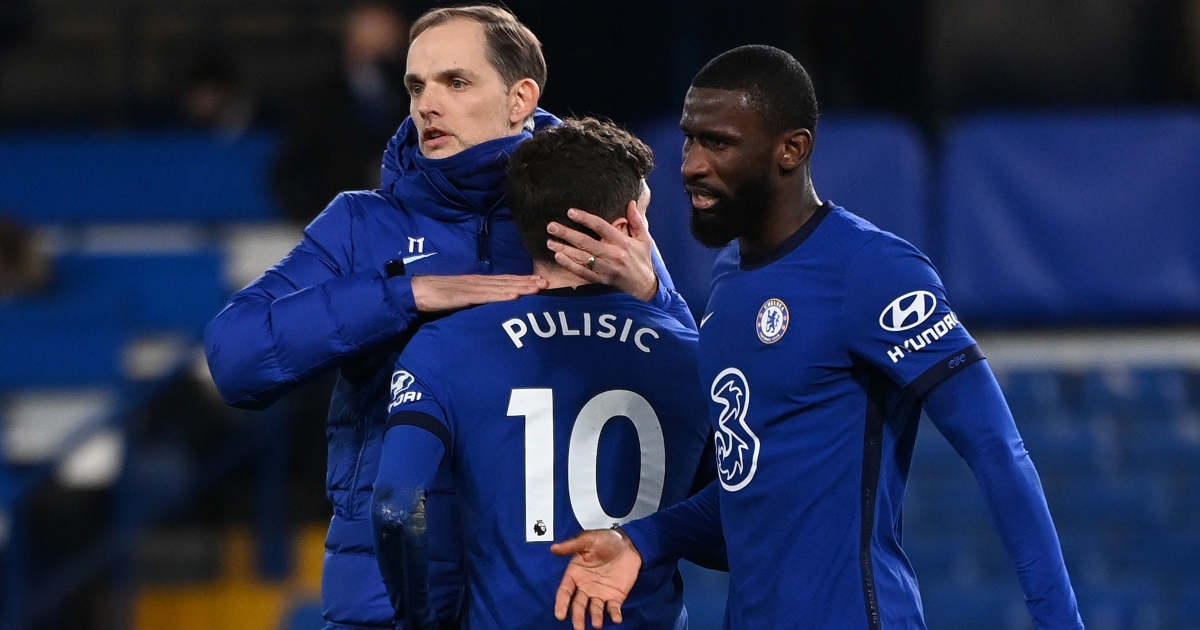 PREM RIVALS KEEN TO POUNCE ON CHELSEA UNCERTAINTY
Less than 24 hours after sanctions on Roman Abramovich were announced and Chelsea had to be granted a special licence to continue operating as a football club, the vultures are already circling around Stamford Bridge.

Antonio Rudiger is one of the Blues’ biggest assets being courted elsewhere, with the Germany defender set to leave Stamford Bridge as a free agent in the summer.

Rudiger is free to discuss a pre-contract agreement with foreign clubs now while any Premier League suitors would usually have to wait until the end of the season. But the Mirror says the developments at Chelsea have prompted the likes of Manchester United to explore whether they can get at the centre-back sooner.

Christian Pulisic was also tipped to be on the move but the current situation leaves Chelsea’s contracted players in limbo while the club is effectively under a transfer embargo. That could change at any point the government chooses to change the terms of the licence and, according to Gazetta dello Sport, Juventus are ready to pounce for the USA attacker.

Ten consequences of Chelsea licence after Abramovich is sanctioned

AJAX BOSS SOUNDED OUT BY MAN UTD
Manchester United have been urged to give Thomas Tuchel a call with Chelsea’s future currently looking considerably more bleak than it was.

But the Red Devils are already making moves in the search for a new manager. Sky Sports says they have now sounded out Erik ten Hag about the prospect of taking over at Old Trafford and the Ajax manager is said to have been receptive to the idea.

Mauricio Pochettino is also in the running, more so after PSG’s Champions League exit, but the Daily Mail says the ex-Spurs boss wants to be convinced that United have them as their No.1 choice to take over from Ralf Rangnick.

The German is having a tough time dealing with United’s prima donnas and The Sun says Darren Fletcher is currently acting as a ‘behind-the-scenes peacemaker’ between the players and the interim manager.

Joe Gomez has played a bit-part role for the Reds this season upon his return from injury as the defender is keen to make up for lost time. Which he will probably have to do elsewhere.

After making only a single start in the Premier League this term, Gomez has apparently decided to leave Anfield in search of more minutes before the World Cup at the end of the year.

According to 90min, Leicester, Newcastle, Tottenham and West Ham are all interested in the 24-year-old, who still has more than two years left to run on his contract at Liverpool.