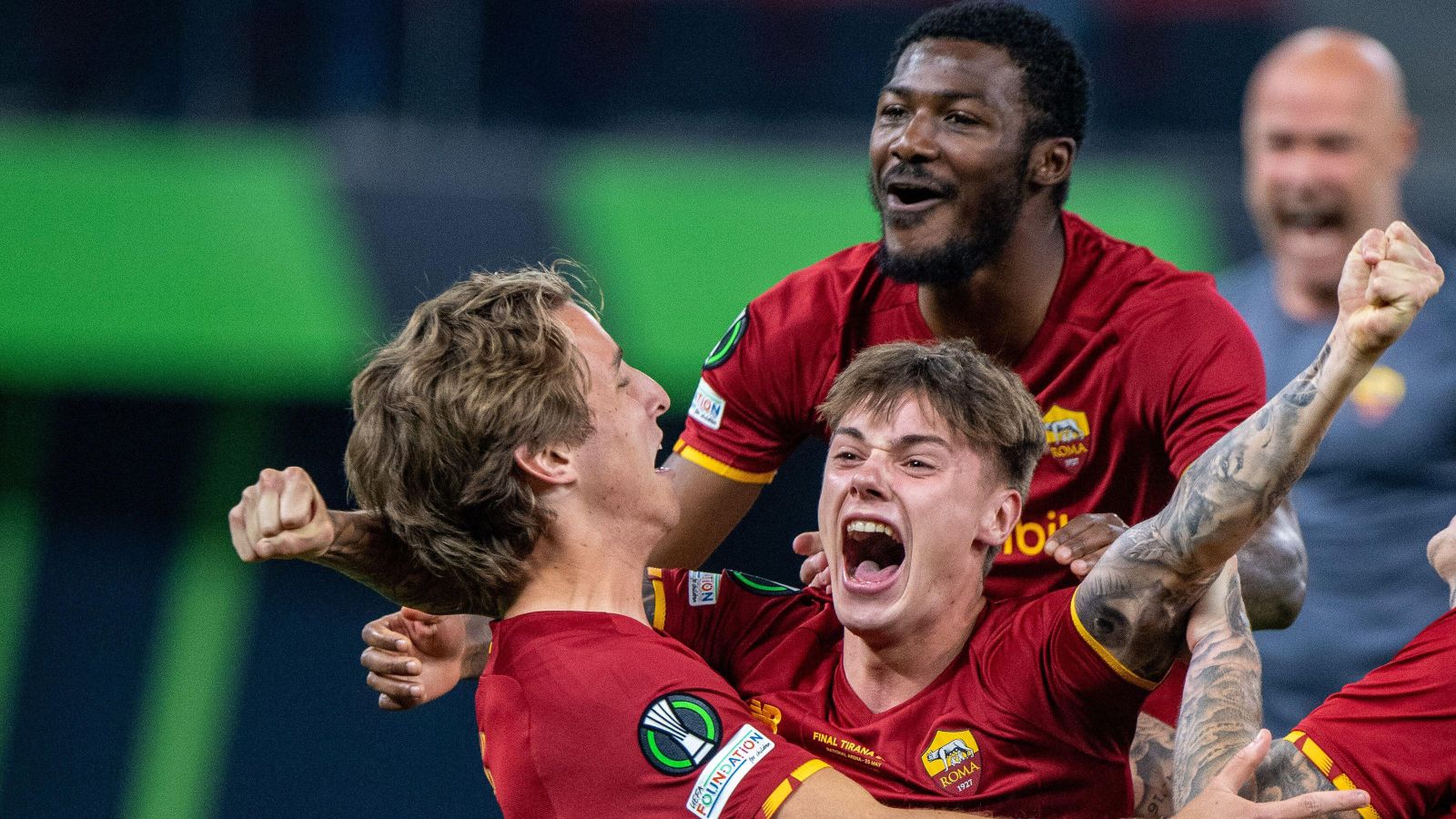 Antonio Conte is desperate for Tottenham to get a deal over the line for a Serie A youngster, while a Barcelona star is set to reject Newcastle United…

CONTE MAD FOR YOUNGSTER
Antonio Conte is desperate for Tottenham to sign Roma youngster Nicola Zalewski this summer, according to reports in Italy.

The 20-year-old made his breakthrough season under Jose Mourinho last term as he made 24 appearances in all competitions with nine of those starts in Serie A. Zalewski’s performances saw him earn five Poland caps with the Roma midfielder making his debut in September last year in a victory over San Marino.

And Italian website Calciomercato claims Spurs managing director of football Fabio Paratici has been in Italy this week with his plan ‘above all to talk to various clubs about the players leaving Tottenham’. Bryan Gil has been linked to Sampdoria and AC Milan are interested in Japhet Tanganga, while he needs to find clubs for Tanguy Ndobele, Harry Winks, Sergio Reguilon and Lucas Moura.

However, he is also there to speak to Roma about Zalewski with Tottenham boss Conte ‘literally crazy’ about the Poland international. Conte has fallen ‘in love with this boy’s football so much’ that he wants Paratici to seal a deal.

Roma ‘have not received any concrete offers’ for Zalewski, who was born in Italy to Polish parents, but Paris Saint-Germain have also joined Tottenham in the race to sign the starlet. In January, ‘Sampdoria, Cagliari and other clubs had asked for him on loan’ but Mourinho rejected their advances with the Portuguese coach seeing him as ‘an irreplaceable player’.

WALKING IN MEMPHIS
Newcastle United are interested in signing Barcelona attacker Memphis Depay this summer, according to reports in Spain.

The Netherlands international didn’t have the most successful spell in the Premier League last time he was there, scoring just seven goals in 53 appearances for Manchester United in an 18-month spell. But numerous English clubs have been linked with a move for Depay again this summer.

Arsenal, Tottenham and Man Utd have all been linked this summer after the forward scored 13 goals in 38 appearances in all competitions for Barca last term. Depay has only been at the Camp Nou for one campaign but it already looks like they want to get rid of him.

Spanish publication Sport claims that Depay will leave Barcelona ‘for sure’ this summer with no ‘space’ to accommodate the Dutchman. The Catalan giants are looking for €20m for his services this summer with Newcastle willing to pay that amount. But Sport doubt he will want to go to Newcastle after already saying ‘no’ to Tottenham, who will play Champions League football next season.

The report adds that Depay wants to join a club capable of ‘winning the Champions League and, if possible, that is not from the Premier League where he had a bad experience’.

AND THE REST…
Arsenal have offered Bukayo Saka a new long-term contract which would double his salary at the club to fight off growing interest from rival sides such as Manchester City…Chelsea have beaten off competition from Barcelona to sign Sevilla centre-back Jules Kounde…Ajax manager Alfred Schreuder has said Antony is set to remain at the club despite interest from Manchester United this summer…Chelsea and Tottenham have made enquiries about Newcastle United winger Allan Saint-Maximin…Liverpool enquired about Borussia Dortmund midfielder Jude Bellingham in June but the German club consider the 19-year-old untouchable this summer…West Ham are close to signing Gianluca Scamacca after agreeing a £30.5m fee with Sassuolo for the Italy striker.