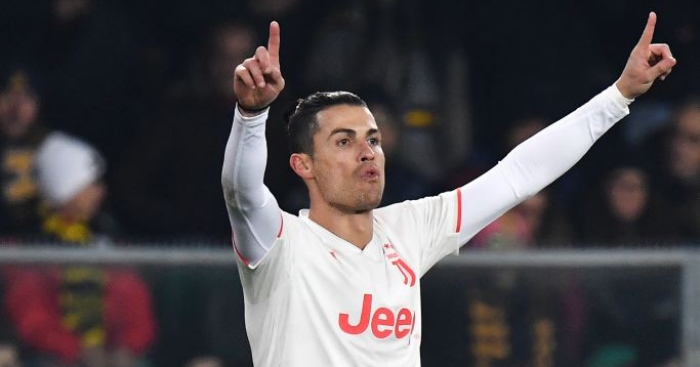 This gossip column is weirdly stacked. Ronaldo, Bale, Ramsey and Coutinho are all coming home.

CRISTIAN BELIEF
Marca have an awful lot to answer for. The gossip column knows as well as anyone how difficult it has become to stir up interest in a sport that is not actually happening. But flogging the rotting horse corpse that is Cristiano Ronaldo to Manchester United is not on.

The Spanish daily picks up on claims in the Italian media that Ronaldo might have to leave Juventus soon due to impending financial doom. They report that ‘there aren’t many options’ for the Portuguese’s next club, before naming just two ‘potential landing spots’: PSG and United.

Both possess the necessary ‘financial resources’. Real Madrid could afford him, too, ‘but they’ve already moved on’. Barcelona don’t have the cash, Bayern reckon he’s a bit old and any Premier League destination aside from Old Trafford seems unlikely.

So one of United, where he remains an ‘idol’, or PSG, who would afford him the opportunity to win another 427 domestic trophies, would be ‘the most logical option’.

TOFFEE SAUCE
Real are too busy trying to tempt Everton with their wares to indulge in any such nonsense. And for what it’s worth, the Toffees are snatching at the bait.

An exclusive in 90Min – don’t judge – claims that Everton’s objective to ‘establish themselves as one of the Premier League’s elite’ involves signing ‘six or seven top-class players’. Do they not realise that Gylfi Sigurdsson is the new Andrea Pirlo?

As part of this grand plan, Everton will target two ‘unsettled’ players on the continent. Gareth Bale, who could even join on loan if the majority of his wages are paid for, and Aaron Ramsey, who is ‘frustrated’ in Italy and ‘not keen on spending another season on the bench’.

Both selling clubs would be interested in offloading the former north London boys. It all just depends on how much further Farhad Moshiri is willing to bankroll Everton.

PHIL YOUR BOOTS
Brendan Rodgers appears to have given up trying to force James Maddison into his Philippe Coutinho cosplay. Why not just cut out the middle man and sign the real thing?

According to SPORT, that’s a genuine possibility. Leicester quite incredibly have the Brazilian ‘on their agenda’, as do Manchester United, Chelsea and Tottenham. Liverpool are not interested, something they seem to have in common with Barcelona and Bayern.

Leicester are described as ‘the fruit option’ – or ‘unlikely’ – with a move ‘difficult’ for economic and reputational reasons. But Rodgers could sway the situation if a loan becomes possible.

Chelsea could do with him, but just imagine Wilfred Ndidi recovering the ball for Coutinho to shoot narrowly wide from 80 yards for 90 minutes. Beautiful.

AND THE REST
Arsenal are interested in Ivory Coast siblings, midfielder Hamed Traore, 20, who is on loan at Sassuolo from Empoli, and his brother Amad, 17, a winger at Atalanta.