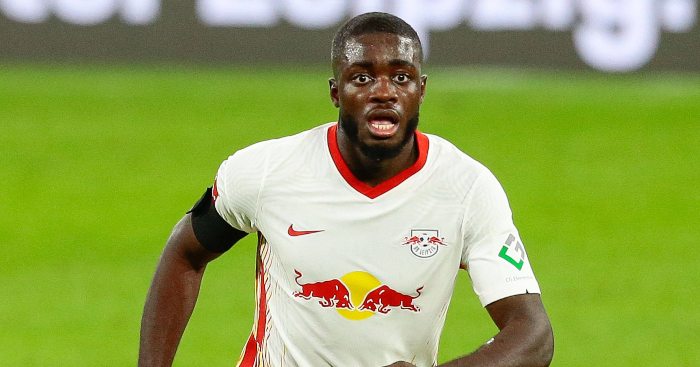 ALABA’S REAL DEAL
It threatened to become one of the sagas of 2021 but David Alaba’s future is apparently decided.

The Bayern Munich defender will join Real Madrid as a free agent in July, according to Marca. Alaba has been linked with Liverpool, Chelsea, Manchester United and Manchester City, as well as Barcelona and PSG, but Real have been at the front of the race in recent weeks and it seems they have made it across the finish line.

Alaba has been free to negotiate with clubs since the turn of the year and Real haven’t messed about. The 28-year-old has undergone a medical and agreed a salary of just under £10million a year.

The report also details the proposal put to Sergio Ramos to renew his contract, which is due to expire this summer. The 34-year-old is mulling over an offer worth £11.5million after tax – around £220,000 a week – for a one-year extension, or a two-year package worth 10 per cent less.

CHELSEA SET IN MOTION UPAMECANO MOVE
Chelsea could get over their Alaba disappointment by falling into bed with Dayot Upamecano.

The Blues may have inadvertently improved their chances of landing the RB Leipzig defender by agreeing to send Fikayo Tomori to AC Milan. The young centre-back is poised to join Milan on loan, with the Serie A leaders retaining an option to buy at £30million.

Tomori, though, is Milan’s second-choice target. Their primary target is Strasbourg’s Mohamed Simakan but competition is fierce, especially from RB Leipzig, who Sky Germany reports have agreed personal terms with the 20-year-old.

Should Tomori go to Milan and Simakan to Leipzig, then Upamecano’s future once more comes into sharp focus. The France defender seems set to move in the summer, with Chelsea among the Premier League’s most interested parties. The Blues, though, will have to get past Bayern Munich, who remains the favourites to land Upamecano, according to TZ.

The five most unique goals in Premier League history

WEST HAM EYE SEVILLA STRIKER
West Ham’s pursuit of a striker seems to be going exactly as we all expected it would.

David Moyes said over the weekend that he would be happy to wait until the summer but that isn’t stopping the Hammers from pursuing new targets on seemingly a daily basis.

The Athletic says West Ham have submitted an offer worth £22.5million plus another £4.5million in add-ons for Sevilla forward Youssef En-Nesyri. Sevilla rejected the bid but talks are continuing.

On Monday, the object of their desire was Montpellier striker Gaetan Laborde. Their president Laurent Nicollin says he has received no offers for the 26-year-old, but he knows the Hammers have been in touch with the player’s agent.

Barca are willing to let the 24-year-old leave this month and Junior is ready to depart the Nou Camp in search of a regular game.

ESPN says the Hammers and AC Milan are both interested, though Moyes can’t guarantee the former Spain Under-21 international a starting spot because of the form of Aaron Cresswell.

The Manchester United attacker is keen to quit the club this month having not seen any Premier League action this season. But, apparently, Ole Gunnar Solskjaer is wary of losing the 28-year-old this month just in case his squad becomes stretched in the coming months.

So Marseille, Inter Milan, Porto, Nice, Tottenham, Sheffield United and West Ham all wait while Lingard and Solskjaer thrash out an agreement.