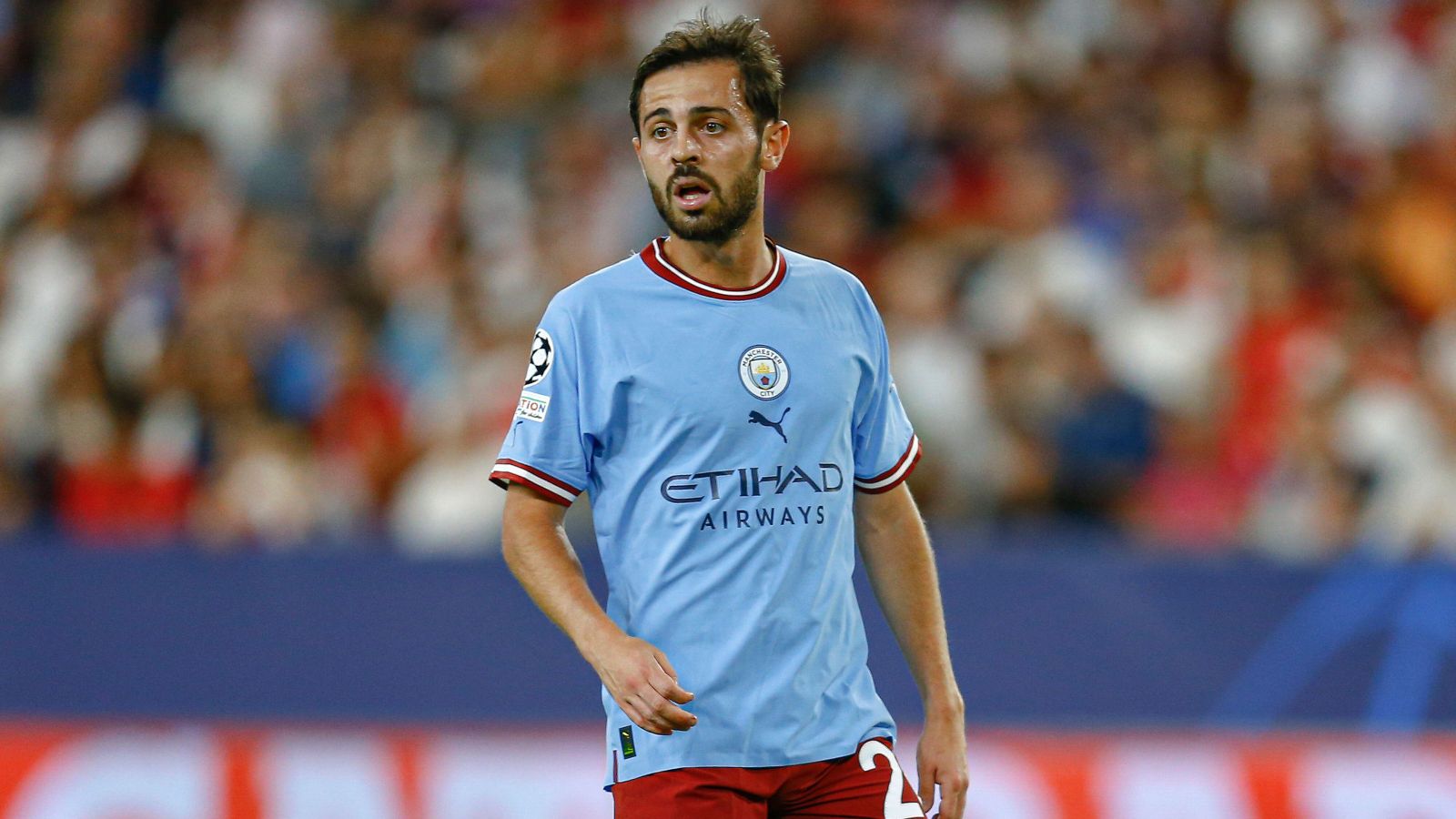 A disagreement at boardroom level saw Man Utd end their interest in a Barcelona star this summer, while the Catalan giants are ready to sign Bernardo Silva next summer…

FAITH IN AWB
Man Utd decided not to pursue a deal for Sergino Dest this summer after football director John Murtough decided to back Aaron Wan-Bissaka, according to reports.

The Red Devils had been linked with a number of right-backs in the summer but transfer expert Fabrizio Romano recently revealed that Dest was “the only concrete option” Man Utd had. But, in the absence of any good offers for Wan-Bissaka, they decided not to pursue a deal for the USA international.

And The Athletic claims a move to Man Utd in the summer ‘was a possibility’ for Dest and ‘Barca’s hierarchy liked that idea as they thought it might help push De Jong to Old Trafford’.

But a deal did not work out because of Murtough’s faith in Wan-Bissaka. The Athletic add:

‘Dest was a much better fit for Ten Hag’s preferred style than Aaron Wan-Bissaka, and the manager would not have stopped Wan-Bissaka from leaving Old Trafford. But United football director John Murtough backed the England international.

‘There was also some surprise in Dest’s camp that Barca were asking for €20million, more or less what the club had paid two years previously. Barca’s negotiating position was not great, given their public need to sell.’

BARCELONA SEARCH FOR SILVA
Barcelona are plotting a huge move to bring Man City midfielder Bernardo Silva to La Liga next summer, according to reports.

There were strong links in the summer transfer window that Barca pursued a transfer for Silva but reports claimed that Man City told them they would have to pay €100m to sign him. Any deal that size would’ve been impossible for the Catalan giants to do this summer considering their problems registering players.

But now Spanish publication Sport claims that Barcelona ‘does not forget’ about Silva with the Portugal international said to be ‘the only piece that was missing in the transfer market’ for the Blaugrana.

Barcelona were ‘willing to make an economic effort’ to sign Silva in the summer but the move ended up being ‘impossible’ for them to complete, leaving Silva waiting ‘a long time to make his dream come true’.

The report adds that it ‘bothered him that they left his operation for the last stretch of the summer market’ but Barcelona have promised that they ‘will return to the fray as soon as they have the chance to sign him’.

Sport insists that ‘much of the work that had to be done has been completed’ which makes a transfer next summer much easier as long as Barcelona can make room for him in their budget.

EGAN TO EAST LONDON
Premier League side West Ham are interested in signing Sheffield United defender John Egan in January, according to reports.

The Republic of Ireland international has been a rock at the heart of the Blades’ defence since 2018 with Egan a key part of the side which finished ninth in the Premier League in 2019-20. And now the Hammers are eyeing up a move for the Sheff Utd fan favourite.

The Sun claims West Ham ‘will make a £12million move to sign’ Egan in the January transfer window after he ‘was a top target for Hammers boss David Moyes’ in the summer window.

Sheffield United ‘refused to deal’ but West Ham ‘will revisit the deal in January’ despite the Blades likely to ‘to hold out for a big fee’.

AND THE REST…
Brighton are ready to discuss a new deal with Moises Caicedo, with Manchester United, Liverpool and Arsenal all showing interest in the 20-year-old Ecuador midfielder…Bodo/Glimt’s Norwegian coach Kjetil Knutsen and Roberto de Zerbi – the former Shakhtar Donetsk boss – are among the names under consideration to be the new manager of Brighton…Paris St-Germain are set to pay 90% of Mauro Icardi’s salary while the Argentina forward is on loan at Galatasaray this season…Leeds United are unlikely to revive their interest in Bamba Dieng after missing out on the Marseille striker on transfer deadline day…Carlo Ancelotti could be set for a new deal at Real Madrid, with the club said to be delighted about his impact and keen for the Italian to continue at the Bernabeu.