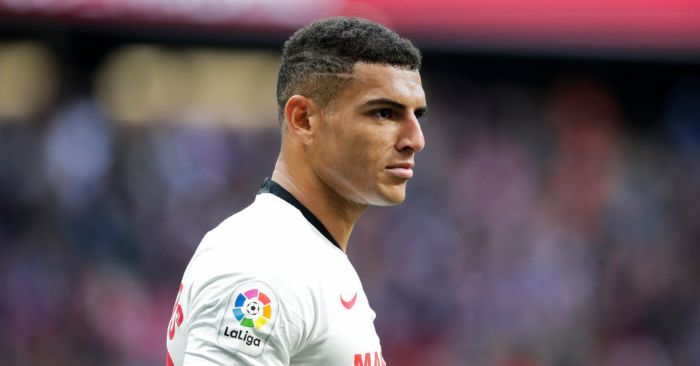 Jurgen Klopp loves Joe Gomez. So, too, does Jamie Carragher. And Liverpool. So this doesn’t make much sense…

DIEGO? WOAH
It is unclear whether the website of Spanish newspaper Marca are unaware of how good Joe Gomez is or are simply willing to overlook that for a transfer story. He makes Jamie Carragher’s Premier League XI of the season but apparently not Liverpool’s in the near future.

Jurgen Klopp has reportedly ‘expressed his desire’ to source a new central-defensive partner for Virgil van Dijk. Gomez has literally won each of his last 17 Premier League starts but nah, he’s bad.

To that end, Liverpool are ‘showing an interest’ in Diego Carlos of Sevilla. They are not alone; Atletico Madrid, Barcelona and Real Madrid ‘are also said to be keeping tabs’ on the centre-half.

Carlos is 27, yet to be capped by Brazil but a bona fide regular, and only joined them from last summer. He cost £13.5m then and has a £64m release clause. Liverpool can likely get him for somewhere in between.

FROM BORUSSIA WITH LOVE
It was only Tuesday that Jadon Sancho was claimed to be ‘excited’ about joining Manchester United. By Wednesday, we are ‘a step closer’ to seeing him back in the Premier League.

It is at this point that we must reiterate quite how infinitesimal these steps are. We’re talking shuffles, not strides.

But the Daily Mirror say Borussia Dortmund have ‘started talks over his potential replacement’, which inevitably clears the path for Sancho to leave.

Ferran Torres is the player Dortmund want, which could complicate this supposed advancement: everyone else is tracking the Valencia winger, too.

Somehow, it hardly feels as though Sancho is Premier League-bound just yet, however much you crowbar Manchester United into the headline.

What was ‘a stunning U-turn’ in January is exclusive news for two websites in April, which we’re not sure quite works. But both the Evening Standard and ESPN suggest Alexis Sanchez will be returning to United next season as he is unwilling to take a pay cut to move elsewhere. Fair f**ks, really.

The Evening Standard say Sanchez is ‘reluctant’ to leave for a lower wage, but that his ‘preferred destination’ in the event of any departure would be current loan club Inter Milan, who might disagree.

ESPN add that United realise it will be ‘hard to find a buyer’ for Sanchez, particularly in a world where no football club has any actual money left. The possibility of United buying out his contract is mooted, but as a rough calculation, that would cost at least £40m or so.

AND THE REST
Real Madrid have delayed their attempts to try and sign France striker Kylian Mbappe, 21, from Paris Saint-Germain until 2021 because of the coronavirus pandemic… Arsenal, Chelsea and Celtic are interested in Middlesbrough and Republic of Ireland U17 forward Calum Kavanagh, 16… AC Milan have made an approach to sign Manchester City midfielder David Silva. The 34-year-old former Spain player is out of contract at the end of the season… And the Italian club are preparing a £35m summer bid for Arsenal’s Uruguayan midfielder Lucas Torreira, 24… Everton are tracking the progress of namesake Everton Soares. The Brazil forward 24, has a £104m release clause in his contract at Gremio.