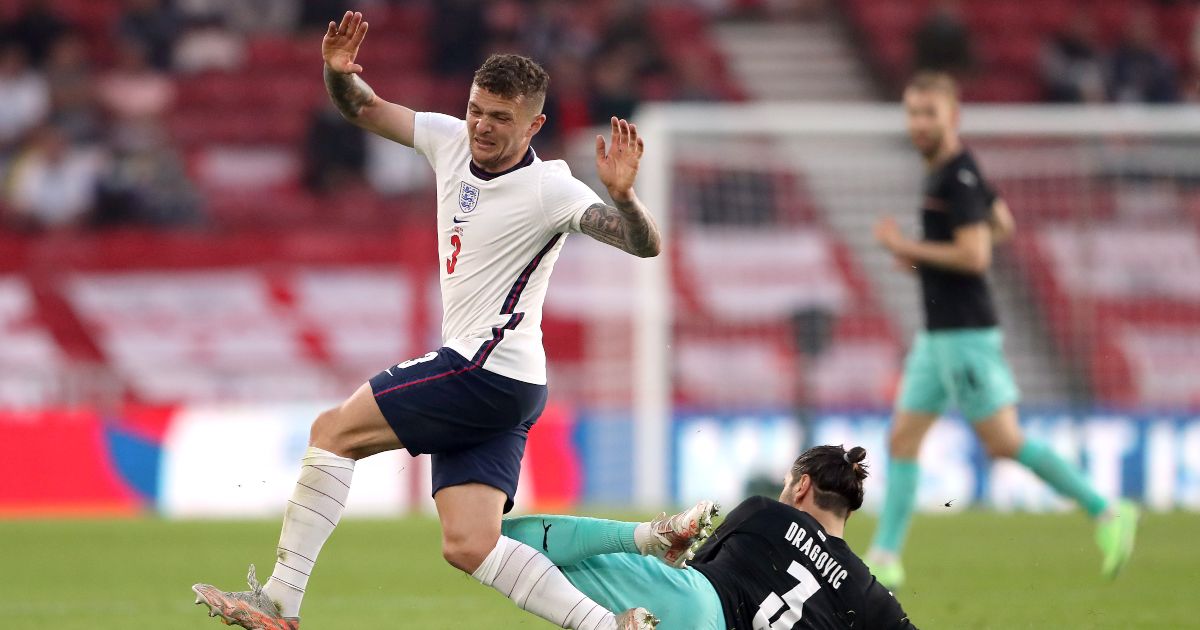 Manchester United have four serious targets and one of them is Tom Heaton. We have all your transfer gossip…

TRIP ADVISOR
‘Manchester United retain an interest in signing Kieran Trippier from Atletico Madrid,’ say the Daily Mail. This is hardly a revelation and nor are the names also thrown into the mix: Raphael Varane and Jadon Sancho. But they do say that ‘funds are limited’.

Trippier showed his versatility in an England shirt on Wednesday night and that will have only strengthened resolve to bring him in as competition for Aaron Wan-Bissaka but also cover for Luke Shaw. Everton are also said to be interested. Elsewhere, Varane is said to be a ‘serious target’ while United are described as the ‘frontrunners’ for Sancho. With Tom Heaton arriving on a free transfer, the feeling is that the business will stop there.

The names of Declan Rice and Pau Torres are also mentioned but nobody is convinced that United are going to spend that kind of money.

SMITH ROWE, ROWE, ROWE YOUR BOAT
…gently all the way up the Grand Union Canal to Birmingham? It seems unlikely but the Daily Telegraph claim that Aston Villa’s pursuit of a No. 10 who will play for a whole season rather than just autumn like Ross Barkley has not only led them to Norwich City’s Emi Buendia but also to Arsenal‘s Emile Smith Rowe.

He has just two years left on his deal, which in modern parlance means he is pretty much in limbo. All the noises out of Arsenal are that they want to keep the England Under-21 man after a breakthrough season that saw him start 18 Premier League games, so this story might just be a shove for the north London club to sign him up.

Meanwhile, Aston Villa are being linked with a move for Burnley’s Chris Wood, who might cost up to £30m. And yes, that says £30m.

BERNARDO SILVA OFF NOW?
We have heard talk of Raheem Sterling, Riyad Mahrez and Gabriel Jesus all being available and now the Daily Telegraph are throwing in the name of Bernardo Silva. This is a tad confusing as there seems to be no suggestion that the club wants to sell or that he wants to leave, ‘but Champions League clubs in Spain, France and Italy believe the Portugal international could be granted a move if he wanted a new challenge after four glittering years at City’. We’re pretty sure it’s not up to them.

Silva may not have played as much as he would like at City this season – he did not start the FA Cup final and began only 24 Premier League games – but who does at City? And he did start the Champions League final before being hauled off after 64 pretty sh*t minutes.

City could spend any incoming money on Andre Silva, with Bild claiming that both Manchester City and Atletico Madrid are interested in the Eintracht Frankfurt man who scored 28 Bundesliga goals last season.