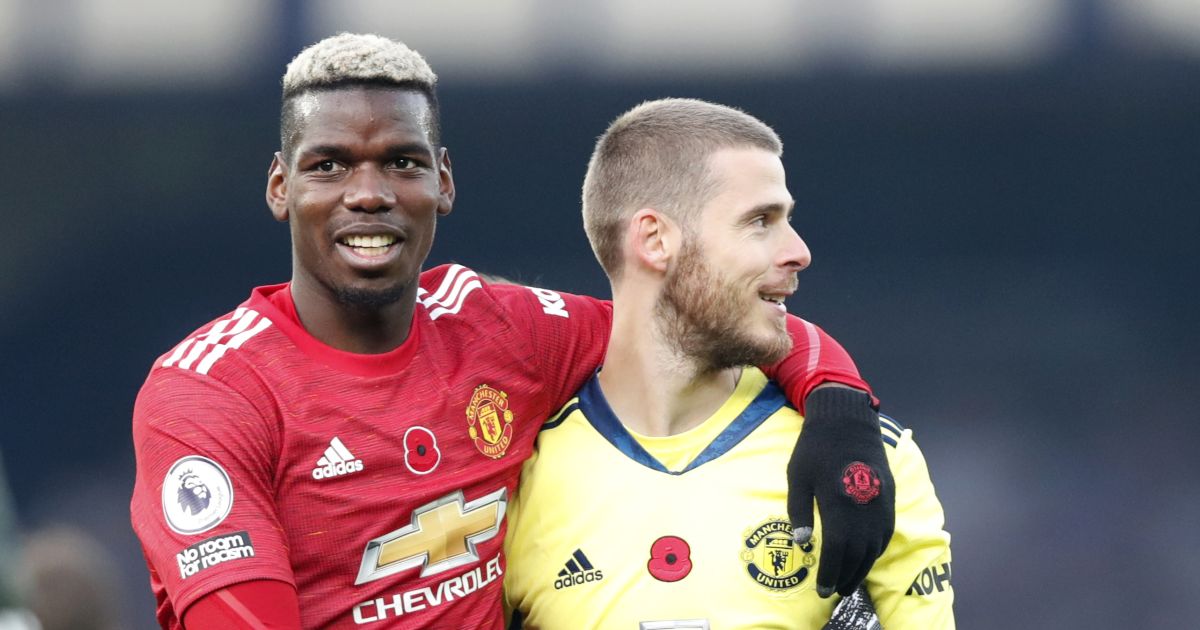 Everton have joined the race for Sergio Aguero, while David de Gea could stop another Man Utd star leaving…

AGUERO ON EVERTON’S RADAR
Everton have joined the long list of clubs ready to offer Manchester City legend Sergio Aguero a contract in the summer, according to reports.

Aguero has had a troublesome season due to injury but rolled back the years by scoring in City’s 2-0 victory over Crystal Palace on Saturday. The Argentina international announced at the end of March that he would be leaving the Etihad Stadium when his contract expires at the end of the season.

The 32-year-old has scored 257 goals in 385 matches for the Citizens since arriving at the club in 2011 from Atletico Madrid. Aguero will go down as a club legend and one of the best strikers the Premier League has ever seen, having won four titles – soon to be five – with the Citizens.

And now the Daily Star on Sunday claims that Everton ‘are the latest club to enter the race’ for Aguero this summer with Chelsea, Tottenham, Leeds, Barcelona and Inter Milan among the sides interested. Carlo Ancelotti is looking ‘to strengthen his options up front’ and the Toffess have a plan to meet his wage demands.

Although they wouldn’t be able to match his £240,000-a-week wages at City, Everton ‘will bridge any wage shortfall with a significant signing-on fee’.

POGBA OFF?
Paul Pogba will leave Manchester United this summer unless he agrees to sign a new deal at the club, according to reports.

The Frenchman has been in good form for the Red Devils recently with four assists and a goal in his last seven appearances for Man Utd. He was especially impressive in their 6-2 victory over Roma in the first leg of their Europa League semi-final.

At one point it looked inevitable that Pogba would leave Man Utd with the likes of Juventus and Real Madrid understood to be interested – but he now seems revitalised at Old Trafford.

However, The Sun claims that Pogba ‘will be sold this summer if he refuses to commit to signing a new deal’ but Man Utd  are ‘still confident they can keep him’. The report adds that it could ‘cost a fortune to do so’ with a sale of goalkeeper David de Gea likely to ‘help cover the hefty pay hike Pogba would demand’.

It is understood that the United hierarchy ‘are getting twitchy and want talks with his agent Mino Raiola’ with Pogba out of contract in just over a year. Pogba’s wage demands would be in excess of £500,000 a week but Man Utd ‘will not be held to ransom by Raiola and are desperate to see progress before the Euros’.

AND THE REST…
Manchester United will reject any bids for Netherlands midfielder Donny van de Beek this summer…Arsenal believe they can bring in Brighton midfielder Yves Bissouma for £30m…AC Milan are monitoring Chelsea striker Tammy Abraham who is also wanted by West Ham…Belgium boss Roberto Martinez would be open to a return to Premier League management – and managerless Tottenham are keeping tabs on him….