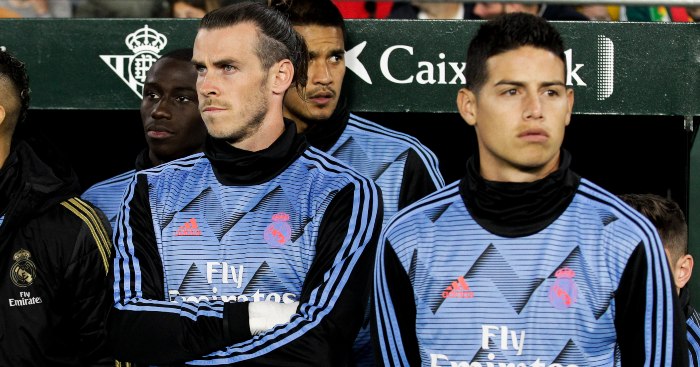 Marca reckons the Toffees want to raid Real Madrid for not one but two of their big names. Carlo Ancelotti, apparently, has eyes on Gareth Bale and James Rodriguez.

Which is all very convenient for Real. They’ve been trying to get rid of both players for at least a year, especially Bale with his £600,000-a-week salary.

Bale has two years remaining on that deal and the former Tottenham winger has shown no desire whatsoever to walk away from those terms. James has only 12 months left on his contract which suggests the Colombian would be the easiest deal to do. Ancelotti is said to believe that if he can get one to come to Goodison, the other will be more likely to follow.

Philippe Coutinho is also being hawked around and The Sun reckons Chelsea have already been in touch with the Brazilian’s agent.

Coutinho spent last season on loan at Bayern Munich and while the German’s like the Brazilian, they have no intention of triggering their £105million buy-out clause. Which seems sensible…

The Blues are said to be the frontrunners for Coutinho at present and The Sun’s report suggests the former Liverpool star ‘could be available for between £52million and £70million’.

The Evening Standard, though, says Barca have set his price at the highest end of that bracket, since £70million is still less than half they price they paid Liverpool in 2018.

AND THE REST
Juve will offer Douglas Costa to Manchester City in exchange for Gabriel Jesus… Real Madrid will refuse any offer from City for Raphael Varane… Newcastle haven’t yet given up on Lille’s Boubakary Soumare, who refused a move to St James’ Park in January… Real are also interested in the midfielder.