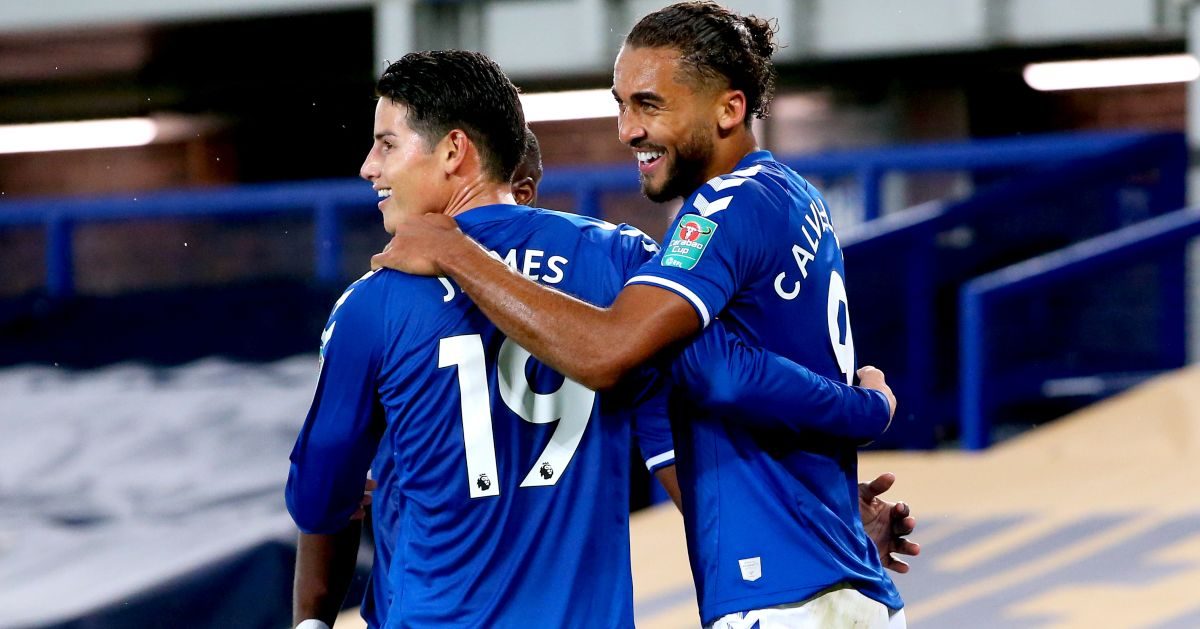 Carlo Ancelotti wants to take Dominic Calvert-Lewin to Real Madrid. And, of course, he wants to sign James Rodriguez again…

ANCELOTTI KEEN ON REAL DEAL FOR DCL
The first thing that usually occurs when a manager leaves one club for another is the talk of ‘a raid on his former club’. And Sunday morning brings whispers of two Everton players on Carlo Ancelotti’s wishlist now he has his feet back under the table at Real Madrid.

The first is obviously Dominic Calvert-Lewin. Ancelotti turned the England striker into, well, an England striker during his brief reign at Goodison Park and apparently he wants to continue that project at the Bernabeu.

The Sun reckons Ancelotti knows Everton may have to raise funds this summer and, apparently, Farhad Moshiri may have to accept any offer in the region of £50million.

Timo Werner is also mentioned as a possible Real target but Thomas Tuchel would prefer to keep the Germany striker at Chelsea.

REAL TO RE-SIGN RODRIGUEZ?
What usually happens when Ancelotti moves clubs is to link him with a reunion with James Rodriguez.

Ancelotti loves the Colombia midfielder, having previously signed him for Real, Bayern Munich and Everton.

Reports in Colombia, recycled by AS, suggest Ancelotti wants to bring Rodriguez back to Real. Apparently, the playmaker could be the ‘bomb’ of the summer at the Bernabeu.

The England striker has been hooked in both games while we all speculate over his poor performances. Is he being weighed down by injury, the expectation, or concern over his future? Or a combination of any of the above?

If Kane is worried about where he will be playing next season, Sunday’s Gossip offers no respite.

The Telegraph says while Manchester City are keen to sign Kane, the champions are refusing to get drawn into a summer-long saga with Tottenham.

The Star on Sunday reckons City will simply offer Spurs a take-it-or-leave-it offer worth £100million. Which almost certainly won’t be enough.

MAN UTD’S POGBA FEAR
While Levy holds all the cards over Kane, Manchester United are in a far less authoritative position over Paul Pogba.

United triggered their one-year option on the France star but already time is ticking to convince Pogba to recommit.

And the fear at Old Trafford is he won’t. The Sunday Mirror reckons ‘a nightmare scenario’ is playing out, with United worried Pogba is preparing to run down his deal before leaving for nothing next summer. Which, from the perspective of the player and his agent, makes perfect sense.

United would rather sell this summer than face the prospect of watching their record signing leave for nothing in a year. But the problem for the Red Devils is a minimal market for Pogba. Neither Juventus or Real Madrid could afford what United would expect, and his run up to free agency would make for a far more interesting plot in the Amazon documentary about his life next season. Another hassle United don’t need.