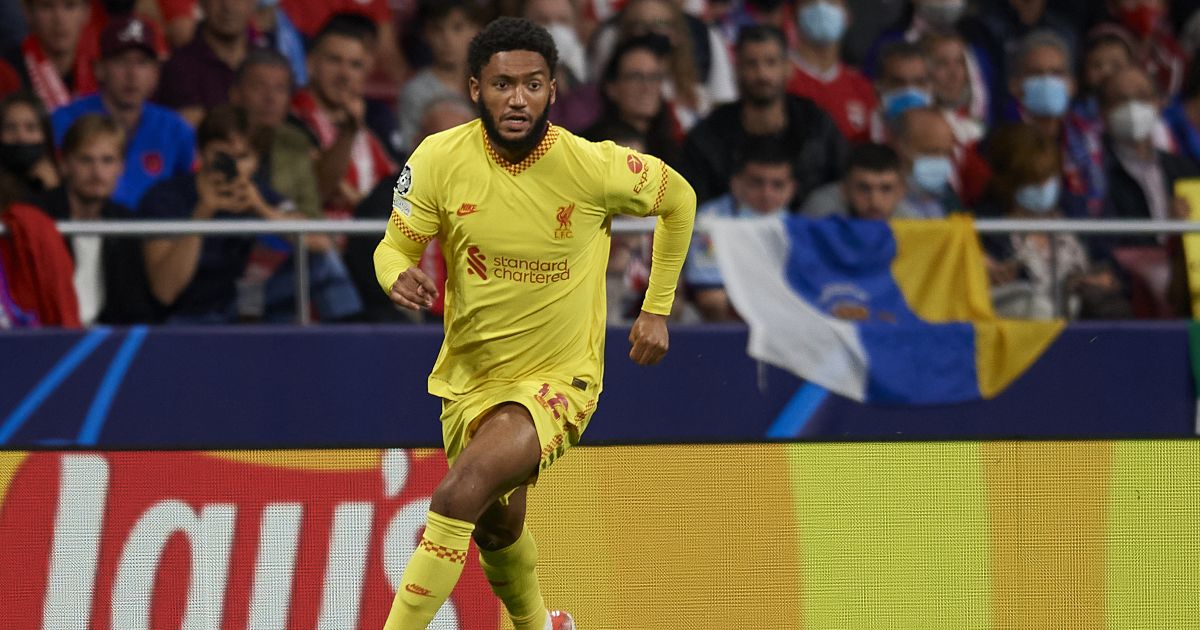 Gerrard will go back in for a Liverpool outcast in the summer, while a Premier League quintet are given David hope.

GO FOR JOE
Steven Gerrard tried to sign Joe Gomez on loan for Aston Villa in January and will go again for the Liverpool star as he is a ‘huge admirer’.

Gomez made his first Premier League start of the season against Norwich on Saturday having slipped down the pecking order following the arrival of Ibrahima Konate.

And Football Insider claim Gerrard is plotting another swoop for Gomez in the summer and has made the 24-year-old his ‘number one priority’.

The defender’s contract is up in the summer of 2024 and the report suggests Liverpool may accept an offer of around £30m for the England international.

ARSENAL SERGE
Barcelona full-back Sergino Dest was the subject of interest from Roma, Monaco, Chelsea and former club Ajax in January, but he remains at the Nou Camp, for now.

The USA international has endured a stop-start season with he Catalans and Gazzetta dello Sport claim the club are willing to accept £16m for a player they bought for £19m in the summer of 2020.

Barcelona are still desperately trying to balance their books to avoid financial meltdown and Dest is seen as an expendable asset, despite the 21-year-old reportedly having an eye-watering release clause of €400m (£337m)

And Marca claim it’s Arsenal, along with Roma, who are now in the running for Dest.

It would be a slightly odd move from Mikel Arteta though. With summer signing Takehiro Tomiyasu settling well in the Premier League, Dest would be no means be the standout first choice at right-back.

And although Dest has had a slow start at Barcelona, manager Xavi was mightily impressed by Dest in their latest win over Valencia, which saw Pierre-Emerick Aubameyang score a hat-trick.

“Sergino Dest is at a spectacularly good level,” Xavi said. “When we arrived here he was not doing so well, and now he is great both off the ball and on the ball.”

DAVID AND GOLIATHS
Chelsea are set to get a good look at Jonathan David as they take on Lille in the Champions League on Tuesday; they’re one of five Premier League clubs linked with the Canada international to have been put on RED ALERT.

That’s according to our pals at TEAMtalk, who carry quotes from David admitting his attraction to the English top flight.

David said: “I’m under contract at LOSC. The most important thing for me is to finish the season as well as possible.

“What happens after that, we will see. The Premier League attracts everyone. It is the most competitive league in the world. It is a really good league.”

David scored 13 goals in his debut campaign for Lille having moved from Gent in August 2020, helping the French club to their first Ligue 1 title in 10 years.

And despite Lille’s stuggles this term, which sees them in the bottom half of the league, David has continued to impress with 16 goals in 33 games.

Liverpool, Chelsea, Arsenal, Tottenham and Newcastle have all been credited with interest and may look to ramp up their efforts given his come-and-get-me plea.