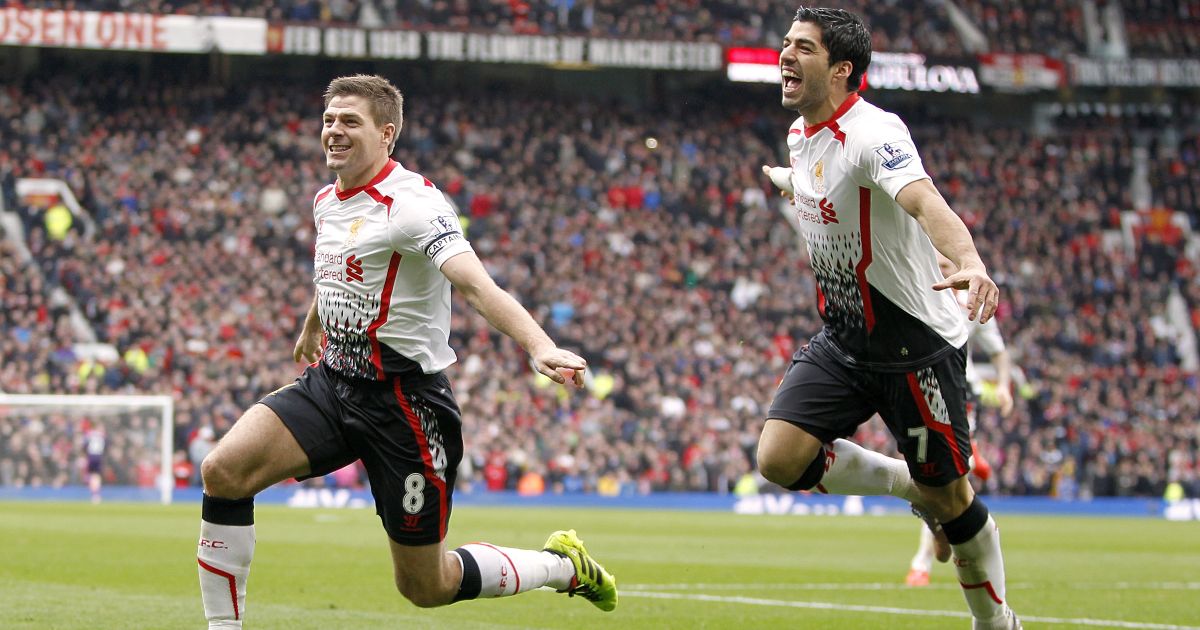 Luis Suarez wants to join the Liverpool reunion at Aston Villa, with the Reds themselves treading on £5m eggshells over a Fulham forward.

GETTING THE BAND BACK TOGETHER
Luis Suarez wants to reunite with his pal Steven Gerrard, who’s getting the band back together at Villa Park.

Gerrard has already brought another one of his former Liverpool teammates to Aston Villa, with Philippe Coutinho joining on loan from Barcelona for the rest of the season, making an immediate impact with the equalising goal against Manchester United.

And he could soon be joined by ex-Liverpool and Barcelona teammate Suarez.

Spanish reporter Gerard Romero claims Suarez is ‘focused’ on a reunion with Villa boss Gerrard after ‘rejecting multiple offers from elsewhere’. Arsenal are not mentioned.

Romero says Suarez has turned down offers from Brazilian sides Palmeiras, Corinthians and Atletico Mineiro, as well as a Saudi Arabian side. And it’s thought his reticence is due to his desire to play under Gerrard at Villa. But any deal will likely have to wait until the summer when Suarez’s Atletico contract comes to an end.

Gerrard could face competition from a couple of former teammates, as reports suggest that Inter Miami have managed to negotiate the release of Blaise Matuidi to make space in the squad. David Beckham and Phil Neville want a big name and Suarez is among those being considered to fill a void left by Ryan Shawcross.

COTTAGE PIE
Fulham secured their second consecutive 6-2 victory in the Championship on Tuesday, having won 7-0 in the game before that run. Fabio Carvalho has directly contributed four of those 19 goals in eight days, scoring three and assisting one against Reading, Bristol City and Birmingham. But Liverpool like what they have seen from the 19-year-old; the Reds have already tried Harry Wilson and Aleksandar Mitrovic should never be removed from the Championship, to be fair.

Liverpool are trailing the teenager but so too are West Ham, with The Sun saying it could take £5m to prise Carvalho from Craven Cottage. His Fulham contract expires in the summer, you see.

Jorge Mendes is involved somewhat, but Liverpool might encounter a stumbling block in the form of their own actions having consequences. A similar situation with Harvey Elliott left a ‘bad feeling’ at Fulham, who ‘could make life difficult’ if they suspect the Reds are trying to short-change them again.

That’s according to the Mirror, who claim United sent scouts to watch Ramsay play against Rangers in the 1-1 draw at Pittodrie on Tuesday.

The right-back has been one of the breakthrough stars of the Scottish Premiership this season, providing four assists in 12 appearances from the right flank.

Tottenham, Leicester, Southampton and Leeds are also said to be tracking the 18-year-old.