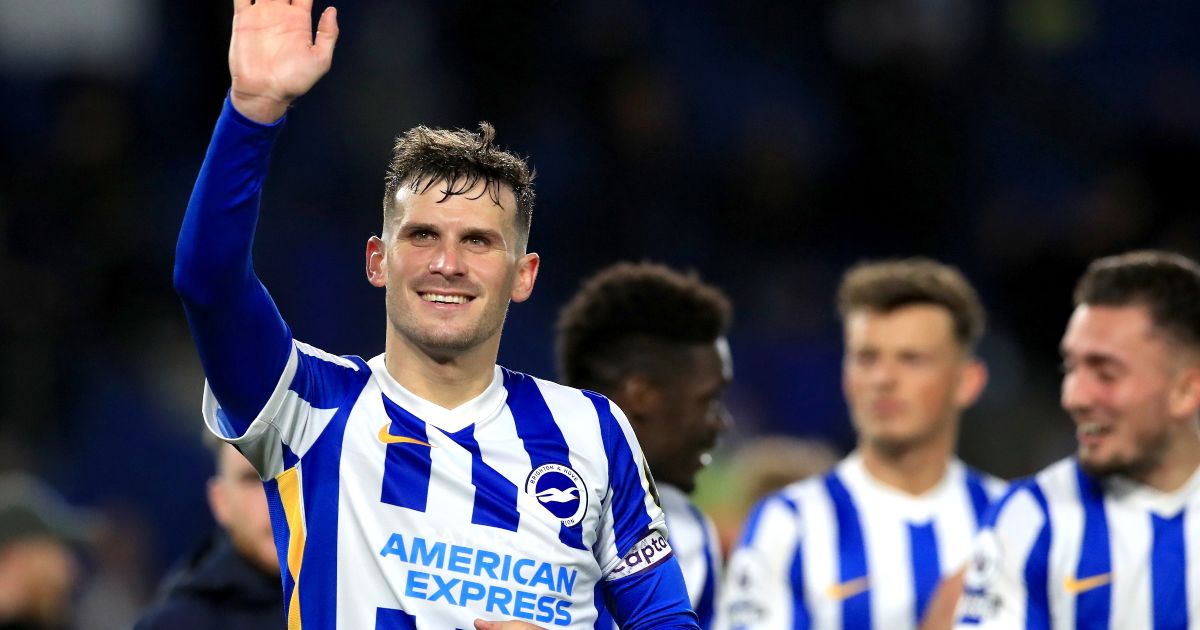 Liverpool want Pascal Gross to add some creativity to their midfield, while Man Utd are keen on Keylor Navas again…

LIVERPOOL MULL OVER GROSS MOVE
Pascal Gross is waking up on his 30th birthday to reports that Liverpool want to sign him.

The Brighton midfielder is the Wijnaldum replacement du jour, with Jurgen Klopp said to be keen to bring the creative German to Anfield this summer.

That’s the story according to Tuttomercatoweb. And Klopp would expect Gross to be reasonably priced since he has only a year left on his contract at the AmEx.

Gross finished the season with eight Premier League assists, though that figure would surely have been higher if Brighton hadn’t wasted half a billion chances. The Seagull created the fourth-highest number of opportunities, with no Liverpool player featuring in the top 10.

STERLING SET TO STAY AT CITY
Liverpool have been rumoured to be interested in bringing Raheem Sterling back to Anfield. But the latest whispers suggest the England star might recommit to Manchester City after all.

Contract talks between Sterling and City haven’t gone smoothly but The Telegraph reports that the Premier League champions are keen to seal a deal after Euro 2020.

Sterling has also been linked with Barcelona, Tottenham and Arsenal, though all three clubs would struggle to afford the kind of salary the 26-year-old is asking of City.

The centre-back was thrust into the limelight last season amid the Reds’ defensive crisis and though Klopp tried his best not to rely on Phillips, the 24-year-old became a key figure during Liverpool’s improvement.

But his involvement next term is expected to be limited and Liverpool could cash in.

The Daily Mail says Newcastle are keen on Phillips, with Burnley also sniffing as they consider how they might replace James Tarkowski.

MAN UTD BACK ON NAVAS TRAIL
We now take you back to 2015, with Manchester United apparently interested in Keylor Navas.

The Costa Rica keeper was set to join United in a part-exchange deal that would have taken David De Gea to Real Madrid, but the move hilariously collapsed on deadline day.

Navas’ PSG place is now in doubt with Gianluigi Donnarumma closing in on a move to the French capital. Which, according to Marca, has reignited United’s interest.

The Red Devils have made a mess of their goalkeeping dilemma. De Gea and Dean Henderson were given a season to scrap for the No.1 spot but the year-long fight ended in a draw. One will have to go this summer, though United might look to get rid of both with Ole Gunnar Solskjaer looking for a reliable first choice and Tom Heaton set to join as a back-up.