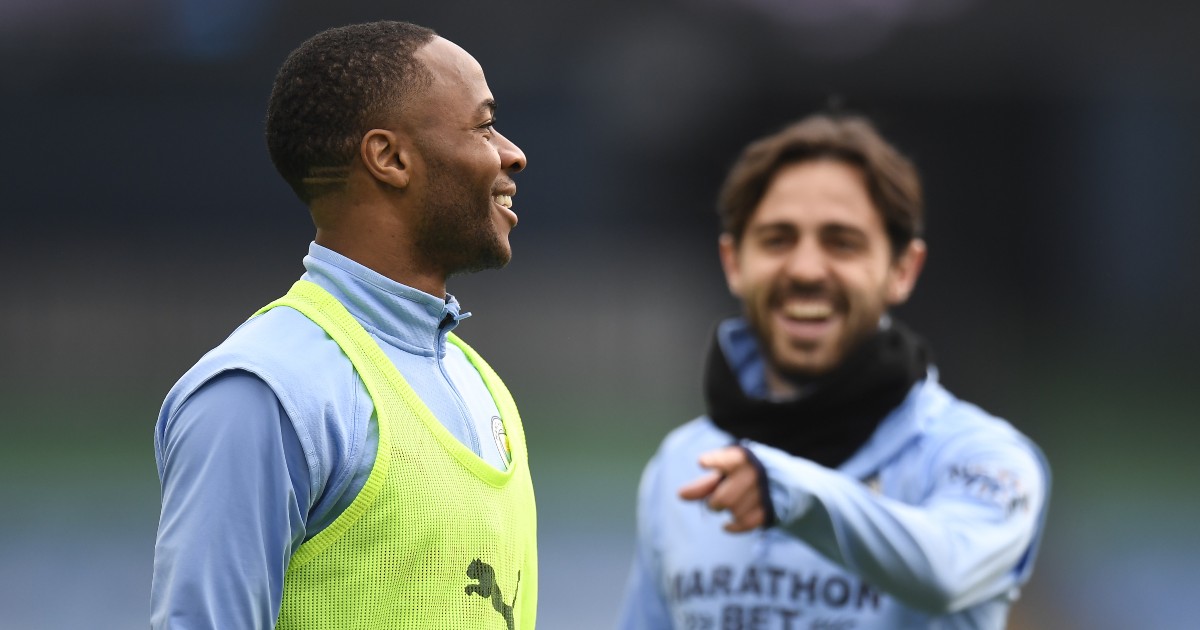 Pep Guardiola once promised that Bernardo Silva would never leave Manchester City while he was manager. One of he or Raheem Sterling could go.

SILVA LINING
“He’ll stay a long time, while I’m here he will not move on, he will stay with me,” Pep Guardiola said in February 2018. “I haven’t seen him sad, even for one day – always in a good mood, and you cannot imagine how important that is,” the Manchester City manager added.

More than three years later that promise might be broken. Bernardo Silva ‘would like to leave’, was ‘crestfallen’ after a move to Barcelona fell through last summer and has been linked with Atletico Madrid recently.

Guardiola is ‘reluctant’ to lose the player, according to The Athletic, who state that his sale would be ‘unthinkable’ for many at the club. Silva is popular among teammates and fans but there is discontent over his status in the squad: nine players were given more minutes in all competitions this past season.

The Portuguese still featured regularly in comparison to many other players and there is no fear over him performing poorly or being distracted if City choose to keep him. Guardiola is still desperate to sign Jack Grealish but as The Athletic state, ‘there is hardly a long line of clubs ready to spend upwards of £80 million on players, even as good as Bernardo is.’

STERL GOT IT
Also in that report, Raheem Sterling is mentioned as another player Guardiola would prefer to keep. The case with the Englishman is different as his absence from the first team was more obvious than that of Bernardo, but the point remains the same: he ‘would be keen on a move this summer if the opportunity arises’. And it probably should after a good Euros showing.

Guardiola would keep both ‘in an ideal world’, an alternate reality in which he presumably also has hair, with the Manchester Evening News providing an update of their own.

They claim Sterling ‘fully expects to be a City player next season’, with sources describing the supposed ‘clamour about a move away’ as ’empty’.

In any event the situation will only be sorted once Sterling has escorted football home on its journey this summer.

ONANA SPLIT
The future of Andre Onana is no closer to being sorted. Arsenal remain in the running but Goal report on ‘strong interest’ across Europe and ‘contact’ from ‘a club who finished in the top eight of the Premier League last season’.

Onana, currently serving a doping suspension, has not even trained with Ajax since February but can return from September ahead of his return in November after the ban was reduced. His contract with the Eredivisie club expires in summer 2022 and Arsenal ‘have held discussions’ over a move.

Onana is ‘keen’ on the north London club but only if he is first choice, meaning Arsenal would need to sort out Bernd Leno’s future before pursuing anything.