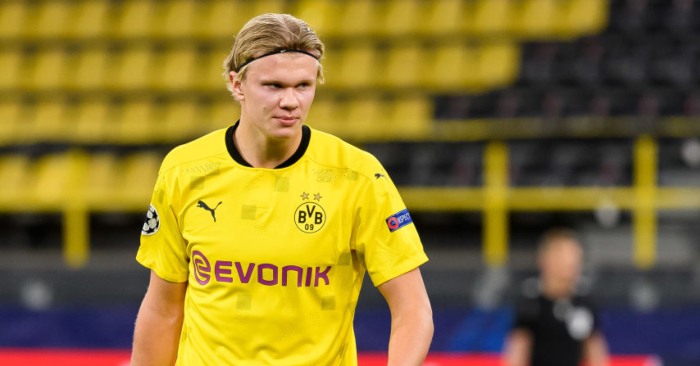 There has been a double blow to Manchester United’s long-term plan to buy Erling Haaland, if we discount them being a bit rubbish as a legitimate reason for him to stay at Borussia Dortmund or go elsewhere.

The first is that Salzburg’s sporting director Cristoph Freund says that he expects Haaland to “land” at Liverpool rather than United eventually, and presumably he has had conversations with the Norwegian Leeds fan that give him that idea. And the second is the news that Haaland does not actually have a release clause that can be activated in 2021. Dortmund chief Hans-Joachim Watzke has said that no such clause exists, though there is still talk of a £65m release clause for 2022, by which time we fully expect Dortmund to have renegotiated that contract.

Arsenal and Spurs in for Pineda

The Pineda in question is Orbelin Pineda, who plays for Cruz Azul in the Mexican league. According to 90 Min, Arsenal, Tottenham, Wolves, Everton, Southampton, Newcastle and West Ham have all been tracking the winger, who is also attracting interest from various clubs across Europe. He turned down the chance to join Manchester City in 2016 but is now said to be ‘ready’ to move.

Looking at his statistics, it’s unclear exactly why he is reportedly attracting so much interest. He has played 15 league games this season and contributed just one goal and one assist. And he has scored just once in 16 games for his country. We cannot help but think his agent might be behind these latest rumours.

Leicester have been linked with Florian Thauvin along with AC Milan and Napoli…Chelsea left-back Emerson is a target for Juventus and Inter Milan…Son Heung-Min will sign a new contract worth £200,000 a week…Christian Eriksen could join PSG from Inter in January.