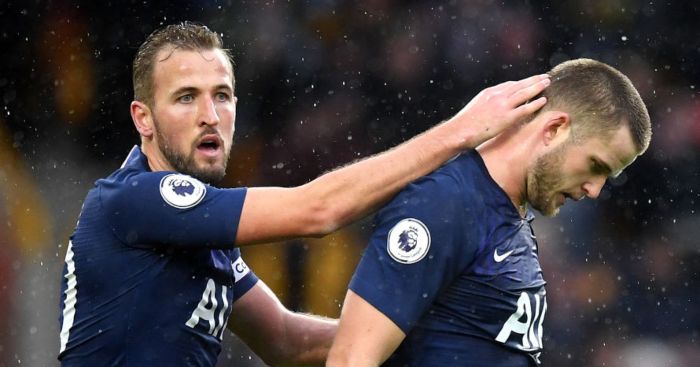 Tottenham are so ‘furious’ with Harry Kane that they ‘will sanction’ his move to Man Utd. Eric Dier could leave, too.

OUTCAST AND ‘FURIOUS’
So Tottenham have to fund their £85m double deal somehow, right? They can’t just go around furloughing non-playing staff before spending lavish amounts in the transfer market. Daniel Levy surely isn’t that naive?

The Daily Mail have a solution. The chairman ‘will sanction’ the exit of Harry Kane to Man Utd in a world-record move. Genius.

The reasons are two-fold: ‘financial worries’ amid the current global pandemic, and ‘exasperation’ due to the player ‘going off-message’ with some quite understandable recent comments.

Tottenham’s ongoing stadium payments mean they ‘fear the financial repercussions of the current lockdown more than any other Premier League club’. Tell that to Burnley or Norwich, who could literally go out of business and don’t have Champions League money to guard against that.

But that, combined with Levy being ‘furious’ at Kane for suggesting the season should be voided, means the idea of selling the striker is ‘gaining favour’. And while his £200m asking price ‘would be optimistic’ in the ongoing climate, any fee ‘is sure to smash’ the £89.3m Man Utd paid Juventus for Paul Pogba in 2016.

DIER SITUATION
Another Spurs player who could leave is Eric Dier. The Daily Express say West Ham are ‘monitoring’ developments regarding his future, with but a year left on his contract in north London.

And despite the December claim that he would stay and commit to ‘fresh terms’ after Jose Mourinho’s appointment, it seems that he could still be off. West Ham would be a weird choice, mind.

MAJA DEVELOPMENT
West Ham will also explore the possibility of bringing former Sunderland striker Josh Maja back to these shores, according to The Sun.

Maja left for Bordeaux in January 2019 and has fared well since, scoring seven goals in 22 games. But West Ham and Crystal Palace ‘are looking into a swoop’ that would cost around £10m.

The former ‘are in the market for new blood up front’, despite signing Sebastien Haller, Jarrod Bowen and Albian Ajeti for £75m since last summer. And Palace ‘were keen’ when Maja was initially at Sunderland.

Now 21, the striker could be tempted by something more regular. He has started just six Ligue Un games this season, scoring five goals and assisting two in just those matches. You can see why he’d be a little frustrated.

AND THE REST
James Rodriguez’s agent has spoken to Man Utd and Juventus over a potential summer move from Real Madrid for the 28-year-old Colombia forward… Liverpool have been priced out of a move for Borussia Dortmund’s Jadon Sancho, 20, leaving Man Utd in the leading position to sign the £88m-rated England international… Premier League clubs targeting 21-year-old RB Leipzig defender Dayot Upamecano – including Arsenal, Tottenham and Manchester City -have been dealt a blow, with Real Madrid ready to move for the France Under-21 international.