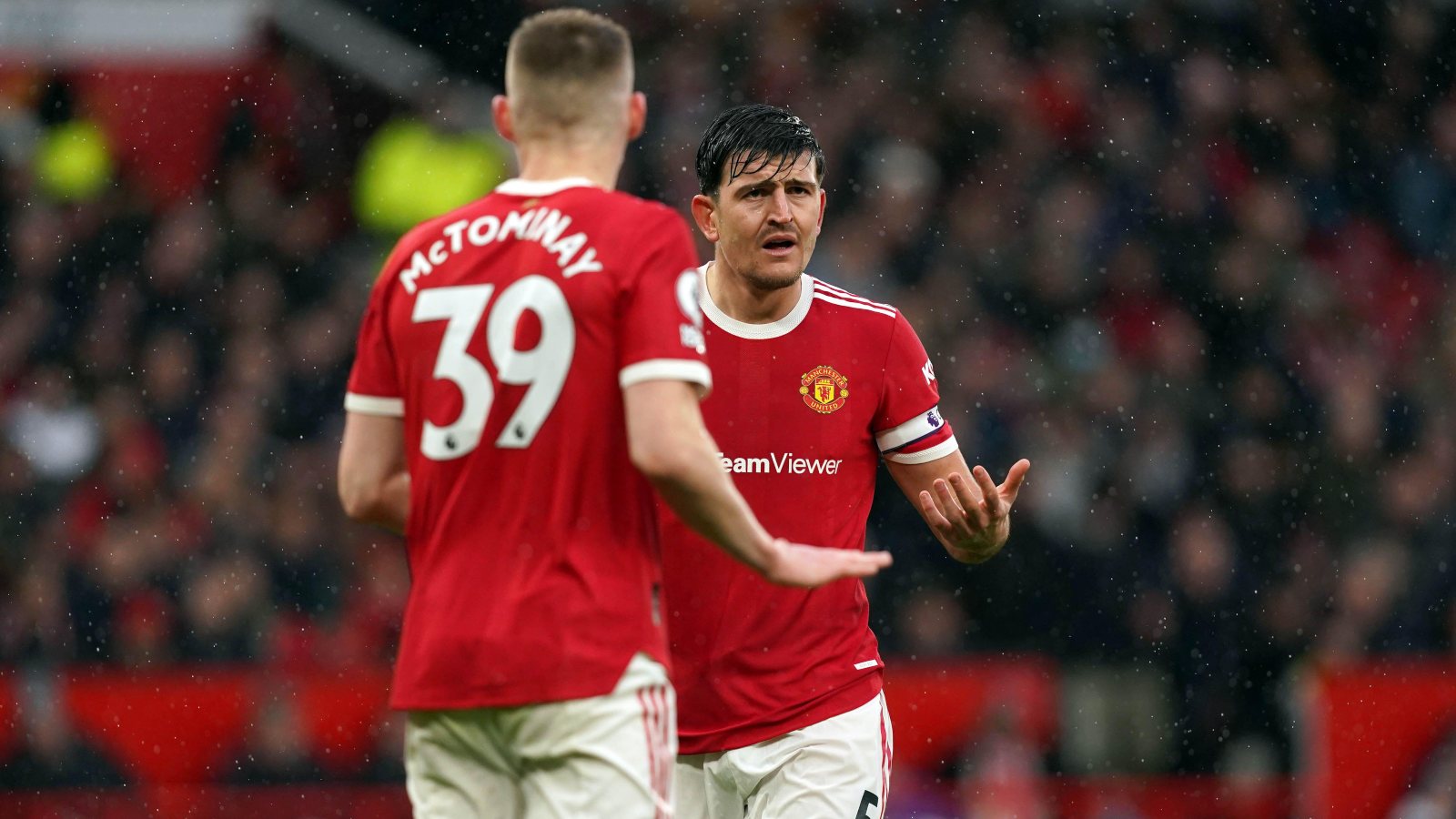 MAGUIRE THE NEW TERRY?
There can only be one place to start and that’s with the SHOCK (capitals courtesy of MailOnline) swoop being eyed by Chelsea of Manchester United captain Harry Maguire. So get this…playing like Harry Maguire for the last two seasons could earn Harry Maguire an actual promotion back to Champions League football. Some guys have all the luck.

Obviously there’s no suggestion that Manchester United would accept such a proposal but this report claims that ‘Chelsea have raised the possibility of taking Maguire to west London as part of United’s attempts to sign Chelsea attacker Christian Pulisic’. Which way is the money going there? Frankly, it’s hard to tell.

Chelsea do desperately want a centre-half and all this might be a tactic to get Leicester City to play ball over Wesley Fofana. It seems almost impossible to believe the Foxes won’t relent on the Frenchman eventually, especially after he asked not to face Southampton on Saturday.

Maguire has made no such request but it seems that Erik ten Hag might decide that Raphael Varane has already spent enough time on the bench.

McTOMINAY AND BAILLY OUT?
Perhaps the Manchester United revolution will be televised as Newcastle United and West Ham are reportedly among the five Premier League clubs interested in signing Man Utd midfielder Scott McTominay. The other clubs are Everton, Leicester City and Southampton of course. We probably could have guessed those without the information provided by 90 Min.

We doubt that McTominay will leave this summer (a loan move in January would be our best bet) but one man heading out of the door is Eric Bailly, with Olympique Marseille keen on taking the Ivory Coast international either on loan or on a permanent deal. With Aaron Wan-Bissaka strongly linked with a return to Crystal Palace, Phil Jones might become the last man standing among unwanted defenders at United.

EMERSON TO WEST HAM AT LAST
This one fell down last week over personal terms but either West Ham have relented or Emerson watched West Ham in the Europa Conference League and decided that this was a club going places, because Emerson – who has been at Chelsea for over four years but played just 33 Premier League games – will become a Hammer in the next few days.

Fabrizio Romano says that the fee will be £13m plus £2m and that there are details to be ironed out over the weekend but the deal is expected to go ahead.

VILLA TURN TO BEDNAREK
Aston Villa have approached Southampton over a possible deal for defender Jan Bednarek, according to The Athletic. Villa have about four zillion centre-halves already but Diego Carlos has an Achilles injury and he clearly has no truck with Ezri Konsa or Kortney Hause, who is likely to leave the Villans on loan for Watford next week.

Polish international Bednarek could be an excellent option; the Saints are open to selling him and they should make a tidy profit as he was bought for just £4m in 2017.