Home Gossip Gossip: Sancho to Liverpool in 2021? Thiago to Paris?

If Manchester United sleep on Jadon Sancho, he could join LIverpool. 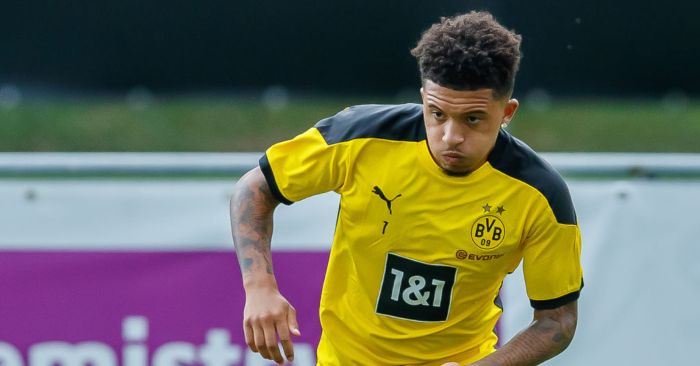 LIVERPOOL TO SIGN SANCHO NEXT SUMMER?
Manchester United are dragging their feet on Jadon Sancho, with the Daily Mail reporting that ‘Borussia Dortmund (are) increasingly bemused by their approach to the negotiations’, which seems to include not really taking part in any negotiations. Apparently United are yet to make a bid while simultaneously briefing the media that they are frustrated with the progress of the deal. Oh and they offered their potential record signing a pay cut.

The problem is that this summer is definitely their best and possibly only chance of signing Sancho, with ‘Liverpool, Real Madrid and Barcelona among the other clubs who retain an interest in Sancho’. The report then claims that ‘some of his suitors, other than United, have indicated their willingness to arrange a deal for next summer’. It seems Sancho might be well advised to stay put for now.

GREALISH WANTS MANCHESTER MOVE
Jack Grealish is keen for Manchester United to remember that he exists, though his £80m price tag might have scuppered any hopes of a move this summer. The Daily Mirror claim that ‘the star would welcome a move to Old Trafford if they firm up their long-standing interest and Grealish knows Manchester City boss Pep Guardiola is also an admirer’. But an admirer that would pay £80m? We very much doubt it.

The report – which clearly comes direct from Grealish’s agent – suggests that the player will try and force Villa’s hand by asking for £200,000-a-week wages from the club, as that is what he thinks he would have earned at United. He is clearly a little miffed that he has saved Villa from relegation and then got stuck at the club.

PSG IN FOR THIAGO
They are a bit giddy in Paris right now after that comeback but not so giddy that they cannot clearly see that they need Thiago, according to Le 10 Sport. Pardon the translation but they claim that ‘the PSG has made an offer of just under €30M at Bayern Munich to secure the services of the Spanish midfielder who will see his contract expire in a year, an amount close to the financial claims of the Bavarian club’.

Thiago’s other option might well be Manchester City, with SportBild claiming that Thiago could replace the irreplaceable David Silva at the Etihad. According to these latest reports, ‘Liverpool would be a little behind in the file according to Sport Bild , it remains to be seen whether PSG will manage to get rid of this competition from Manchester City in order to enlist Thiago Alcantara’.