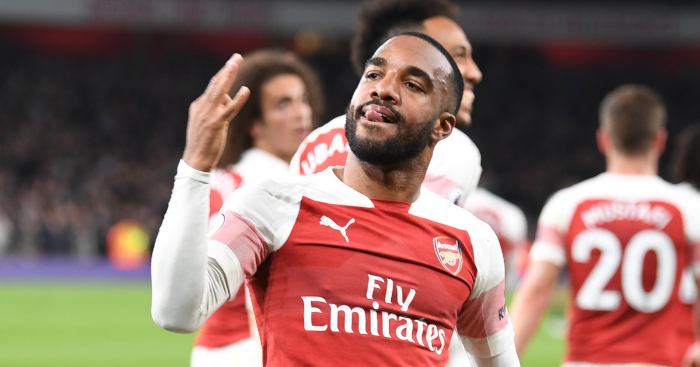 CAVANI TO REPLACE COSTA?
Marca report that negotiations between Atletico Madrid and PSG over Edinson Cavani are gathering pace with Gil Marin, the Spanish club’s CEO, currently in Paris in pursuit of a deal. Diego Simeone needs goals. His side have scored just 22 times in the league all season (the worst record by far in La Liga’s top six) and need to improve on a knackered Diego Costa (back) and the underwhelming, non-prolific Alvaro Morata.

But PSG are reluctant to do anything mid-season. Atletico are obviously a Champions League rival, even though Cavani would be cup-tied, and they also see the Uruguayan as being critical to their ambitions for the rest of the season. He will be out of contract in the summer, though, so that may yet force their hand.

OR EVEN LACAZETTE?
If it doesn’t, Sky Sports believe that Atletico could turn instead to Alexandre Lacazette. They make the slightly eyebrow-raising claim that Arsenal would be interested in loaning Lacazette – that doesn’t seem very likely at all – but make it seem slightly more credible by suggesting that any deal would also involve Thomas Lemar, who has been a target for some time.

STONES DEFINITELY NOT HEADING SOUTH
The Manchester Evening News have poured water on reports that John Stones might be heading to Arsenal on loan. The premise was credible enough: Stones has lost his place at Manchester City and, ahead of Euro 2020, might be in the market for some easy playing time.

Not so apparently. With Pep Guardiola’s defence still a very tenuous concept, City are not about to let any centre-halves leave the club. The MEN claim that Stones’ future at the club is legitimately in the balance, but that those conversations are all being deferred until the summer.