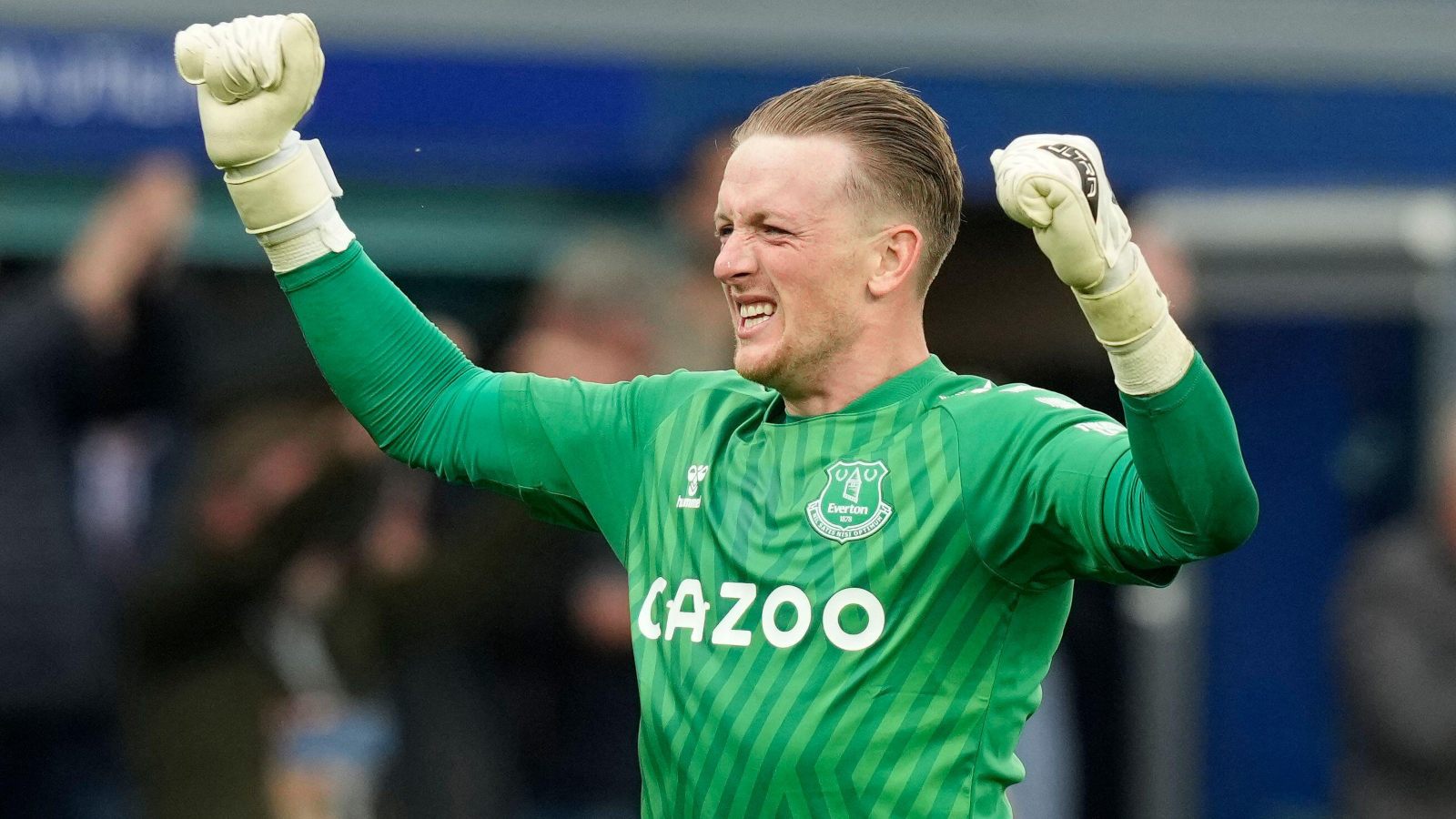 Jordan Pickford could be heading back to the North East if Everton go down, while Man City will scrap United for Frenkie De Jong…

CITY TO FIGHT UNITED FOR DE JONG
Frenkie De Jong has been heavily linked with Manchester United in recent weeks, with Erik ten Hag said to be keen on a reunion at Old Trafford with the former Ajax midfielder.

The word from Spain is that Barcelona are prepared to let De Jong leave for around £58million this summer. And their hopes of a bidding war have been bolstered by news of Manchester City’s interest.

The Sun says City have added the midfielder to their transfer wish list, which is still headed by Erling Haaland. Pep Guardiola is also keen keen to strengthen his engine room, with Fernandinho on his way and with Declan Rice deemed too expensive, De Jong is viewed as a viable alternative.

ROMA KEEN ON MAN UTD FLOP
The same source also claims that Roma are keen to take another of Man Utd’s cast-offs.

Jose Mourinho is understood to be keen to offer Nemanja Matic a deal when he becomes a free-agent, with the Serbia midfielder joining up with former United team-mate Chris Smalling in the Italian capital.

Apparently, Mourinho also wants to take Aaron Wan-Bissaka. The defender has endured a miserable season at Old Trafford and is set to be made available before Ten Hag gets his feet under the table. Crystal Palace are understood to be willing to bring him back to London, but Mourinho hopes to tempt the right-back to Serie A.

SPURS, TOON EYE ENGLAND KEEPER
Regardless of whether or not they are relegated, Everton are set for a clear-out this summer as they look to remodel their squad while raising some much-needed cash.

Richarlison and Dominic Calvert-Lewin are expected to attract most interest but Talksport says Jordan Pickford could be up for grabs too.

The story goes that much in Pickford’s case depends on which division the Toffees find themselves in next season. If they slip into the Championship, then the England keeper will be made available, with Tottenham already hovering.

Rather more surprisingly, so too are Newcastle, where Pickford’s Sunderland roots are never forgotten when he goes to St James’ Park with Everton.

FRANCE STAR FANCIES REAL MOVE
Aurelien Tchouameni is set to be one of the most in-demand stars of the summer, with Premier League interest in the Monaco midfielder from Manchester United, Liverpool and Chelsea.

Bayern Munich are also keen on the 22-year-old, but AS says Tchouameni wants to join Real Madrid.

For Real to make their move, they would expect a discount on Monaco’s asking price of £60million, which seems optimistic given the level of interest from elsewhere.