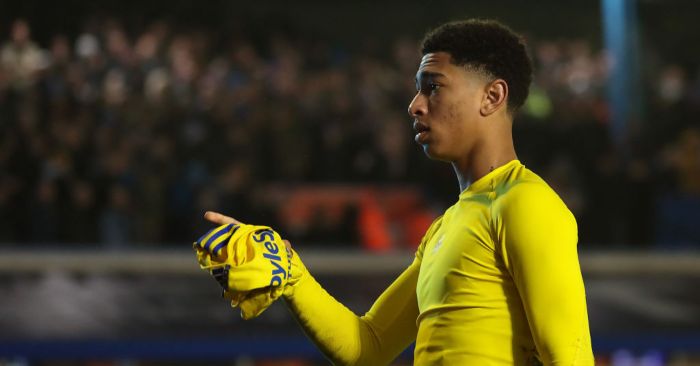 Jude Bellingham was “blown away” by Man United, who could bully Atletico into selling Saul Niguez.

SAVED BY THE BELL
It was but a month ago that Man United had suffered a transfer blow in their pursuit of Jude Bellingham. Now, we are told he was simply “blown away” by the ‘charm offensive’ he was greeted with at Carrington.

Bellingham was shown around the club’s training complex and met a number of key figures, including Sir Alex Ferguson, during a visit in March. The Birmingham midfielder is choosing between a number of potential suitors and has been given permission to talk to them.

But The Sun say Man United made the biggest impression, and thus they ‘feel they have not lost out in the race’, as was previously reported.

A Man United source is quoted as saying: “We felt that he was blown away with what he was shown and what was said to him by all. We believe he was impressed with what we can offer. We have a duty of care to young players and want to develop them.”

The proposed deal would be an initial £35m with a further £15m in add-ons. Birmingham would be ‘keen’ to get the teenager back on loan as part of the move but see the extra money as ‘more important to have inserted in his contract’, and Man United want to keep him anyway.

They will offer Bellingham £30,000 a week – half of Dortmund’s supposed wage offer. But Ole Gunnar Solskjaer is ‘determined’ to sign him.

SAUL IN THE MAGIC
Man United might also be heartened by La Liga’s plans to end the season. The Royal Spanish Football Federation have reportedly formulated a scenario whereby the campaign would be ended, no champions would be declared and European places would be decided based on current standings.

That would put Barcelona, Real Madrid, Sevilla and Real Sociedad in the next Champions League, with Getafe in the Europa League on goal difference and Atletico Madrid a point behind in sixth. Having knocked out current holders Liverpool, that would be a bitter pill to swallow.

Not least because their finances depend quite heavily on Champions League participation. AS claim Atletico have already earned €77m from this season’s competition, and that could rise to €100m. Given they received €16m for winning the entire Europa League in 2018, ‘the differences are abysmal’.

So not being put into the Champions League would create ‘a big problem’, the sort that only ‘having to sell a footballer’ could alleviate.

They mention Saul Niguez, the £70m Man United target. They mention Thomas Partey, the subject of ‘very serious’ Arsenal interest. They mention a few other names but none would attract the same amount of money as either of those two.

AS do say that Atleti ‘will try by all means to maintain the team’s backbone’. But if they are forced into doing business by the current situation, then Man United, Arsenal and others will be ready to take advantage.

AND THE REST
Everton want to sign Lazio and Italy striker Ciro Immobile, 30 – and have offered his compatriot, 20-year-old Moise Kean, as part of a swap deal… Liverpool are in talks to bring Inter Milan and Croatia midfielder Marcelo Brozovic, 27, to the club… Celtic have approached Manchester City about re-signing English winger Patrick Roberts for £3m. The 23-year-old, on loan at Middlesbrough, previously spent two seasons on loan at Celtic.